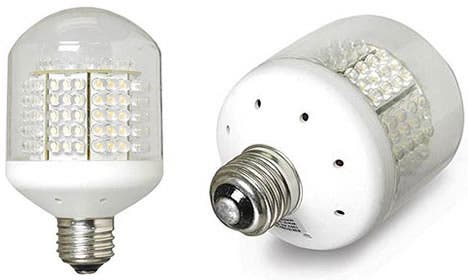 This is already starting to sound like a cartoon world domination scheme; in an obvious plan to take over the world, Google plans to fill your home with electrical producs, including but not limited to light bulbs, dishwashers and thermostats which can be controlled remotely via an Android device. The plan is to create these electrical devices which can communicate wirelessly with your Android device, under a project called Android@home.

“We want to think of every device in your home as a connection to Android apps,” says product management director Hugo Barra.

Using only a smartphone, or another Android power device, you will be able to turn on the heater, switch the light off and run other appliances throughout the house, all with a single push of a button while downloading music from the internet. What’s admirable is that Google open sourced the new mesh network wireless protocol which allows this kind of control, in the hope that other home automation companies will go for it.

The first product available from this project will be a LED bulb, developed by Lighting Sciences Group, which contains an integrated radio, and which will not be significantly more expensive than an usual LED bulb. Yeah, but what do you do when it starts attacking you out of the sudden ?