Stunning image of the Ebola virus emerging from a cell (Vero)

by Mihai Andrei
in Great Pics
A A

This stunning image was posted by reddit user AGreatWind and it depicts a cell line called Vero, from which the Ebola virus is emerging. Here, the thread like particles are the virus.

“They are epithelial cells from the kidneys of green monkeys. Cells generally stick to a surface (such as a petri dish), forming a single layer, but after a few replication cycles (passages) they stop sticking and stop replicating, this is called senescence. Occasionally, after many passages (or manipulation) some cells transform and keep replicating, they become immortalized. Such immortalized cells that can be passaged indefinitely are very useful for science experiments and are called cell lines.”, he explains. 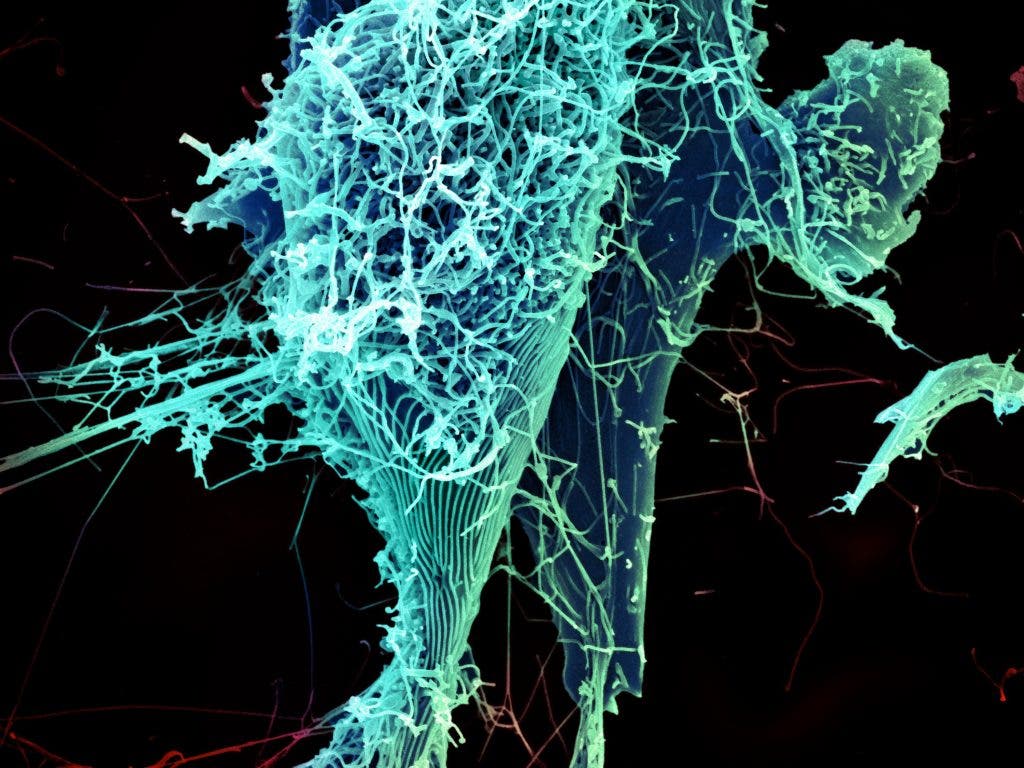