In what is a soon-to-be classic picture taken by National Geographic, a shark is eating another poor shark whole. 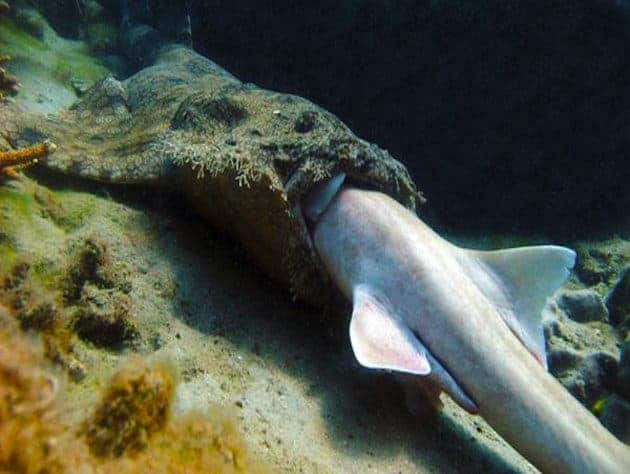 Daniela Ceccarelli, of Australia’s Research Council Center of Excellence for Coral Reef Studies took the picture, while conducting a “fish census” off Great Keppel Island, part of the country’s Great Barrier Reef. She thought she saw a something interesting on the bottom of the ocean, and sadly for the unfortunate animal, it was.

Wobbegongs, also known as carpet sharks are silent, deadly predators which wait on the bottom of the ocean for any prey unfortunate enough to stumble their way. As spectacular as it is, it is not really uncommon for wobbegongs to eat prey this big, as it has a dislocating jaw and rearward-pointing teeth that help it consume disproportionately big animals.