by Mihai Andrei
in Did you know?, Great Pics
Reading Time: 1 min read
A A
Share on FacebookShare on TwitterSubmit to Reddit 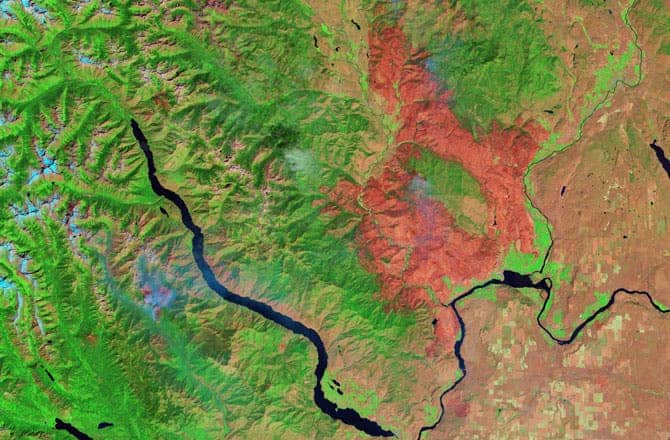 Big forest fires almost always hit the news and you hear about the destruction an carnage they cause – but you rarely hear about how difficult it is to treat their aftermath. This image highlights what remained behind the  huge compound wildfire triggered by multiple lightning strikes erupted in Washington state.

The wildfire is reportedly 96 percent under control, and the image depicts a burn scar that stretches for hundreds of square miles. People living in the area, even those not affected directly by the wildfire will face threats from accentuated erosion, ecosystem degradation and flooding. A study of a massive 1970 forest fire in the Pacific Northwest showed that 34 years later, its lasting effects had doubled the amount of runoff from winter rain and snow melt in the spring.

Big wildfires are a huge threat, and the risks don’t end when the fire is put down – this image highlights just that.