Picture of the day: A Pinksect

by Alexandra Gerea
in Great Pics, Offbeat
Reading Time: 2 mins read
A A
Share on FacebookShare on TwitterSubmit to Reddit 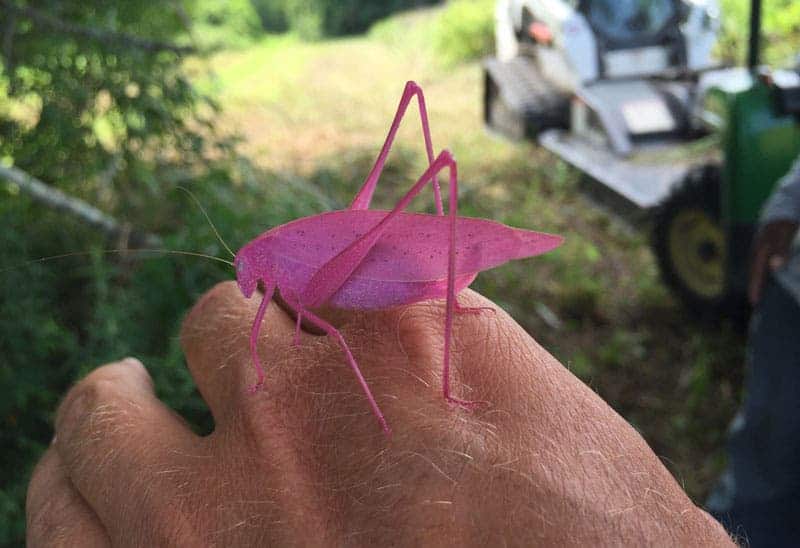 Reddit user Wolfhole took a spectacular picture of a pink katydid, also known as a bush cricket. I’m not sure exactly what species this is, but according to Twisted Sifter, it’s an Oblong-winged katydid or Amblycorypha oblongifolia. While green is by far the most common color; pink, yellow and orange colorings can occur but are far more rare.

While they are not truly dangerous, they can make surprisingly loud noises, and if threatened, they can actually bite with their leaf cutter jaws.

But this all leaves us with one question: why on Earth would they be pink? Well… we’re not sure. First described in 1874, pink katydids have inspired more than a century of discussion over the hows and whys of this incredible hue. In 1916, Chicago-based entomologist, Joseph Hancock, managed to breed pink katydids for the first time using a pink female and a green male, but it took almost a century before his experiment could be recreated. Recent experiments confirmed Hancock’s theory, that these pink katydids are actually mutants.

“Right now it’s widely accepted that pink, yellow and orange katydids occur as a result of erythrism – a genetic mutation controlled by recessive genes that causes an absence of a normal pigment, such as green, and/or an excessive production of another pigment, such as red or pink,” NewScientist writes.