by Mihai Andrei
in GeoPicture, Great Pics
Reading Time: 1 min read
A A
Share on FacebookShare on TwitterSubmit to Reddit 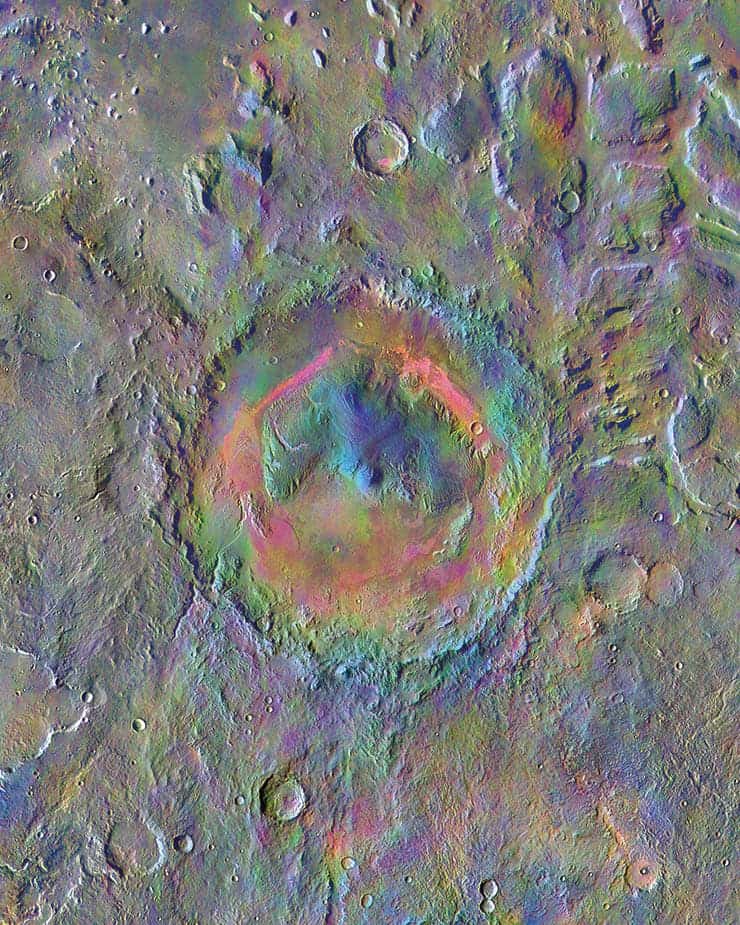 This image shows, in false color, the region around Gale Crater on Mars. It was taken by the 2001 Mars Odyssey spacecraft – but we just call it Odyssey.

Odyssey has been orbiting the Red Planet for 14 years, 5 months and 20 days, recently celebrating a whopping 60,000 orbits around the planet, taking pictures and making valuable observations in the process. It currently holds the record for the longest-surviving continually active spacecraft in orbit around a planet other than Earth.

This mosaic is made from Thermal Emission Imaging System (THEMIS) images used to identify the different minerals on the Martian surface. Pink indicates wind-blown dust, grey is the typical mixed Martian surface and purple is basaltic rocks. The blue color observed here suggests there’s something else there as well, but we don’t know what. The Curiosity Rover might investigate that area directly.

More information about the project here.