GeoPicture of the week: a magnificent tourmaline slice

Visually, tourmaline is one of the most spectacular minerals – it can appear in a myriad of colors and gradients, from bluish or dark brown to yellow, pink green, black, colorless – or pretty much anything in between. 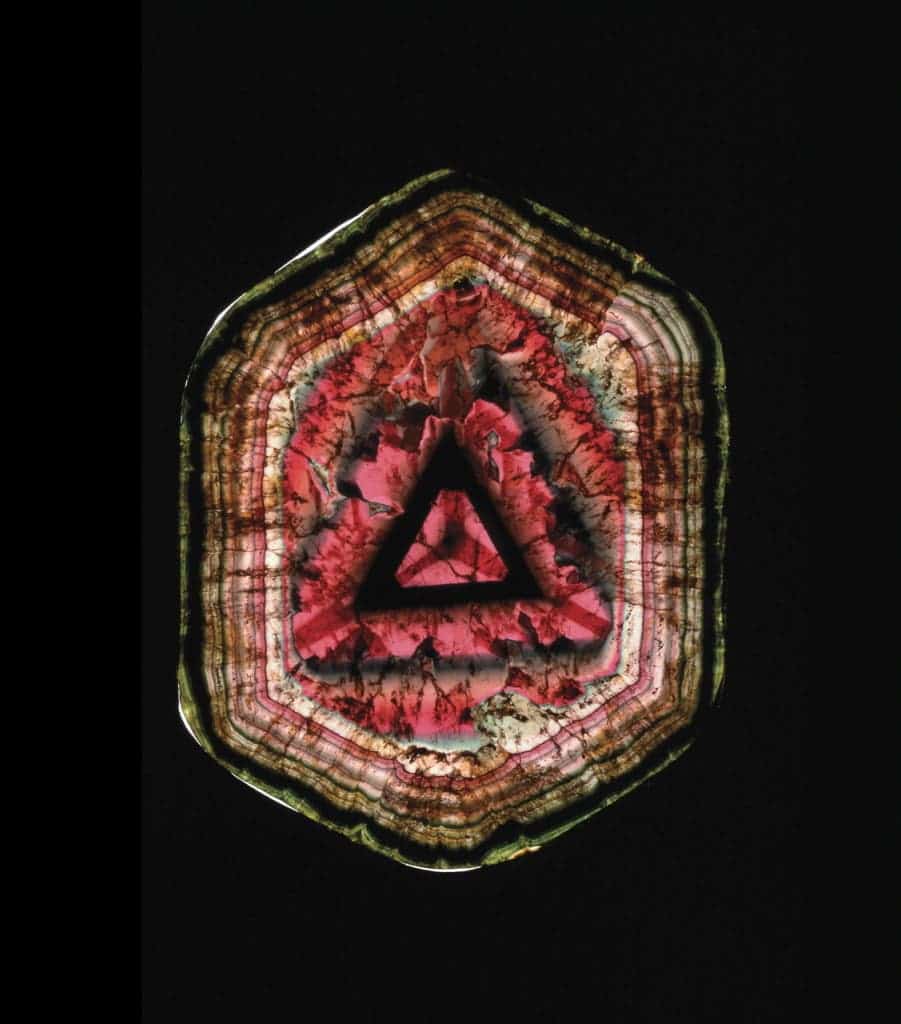 It has several varieties, most notably schorl, dravite and elbraite. The tourmaline mineral group is chemically one of the most complicated groups of silicate minerals. Its composition varies widely because of isomorphous replacement (solid solution).

Tourmaline is usually found in granite and granite pegmatites and in metamorphic rocks such as schist and marble.