GeoPicture of the week: The Namib desert as seen from above 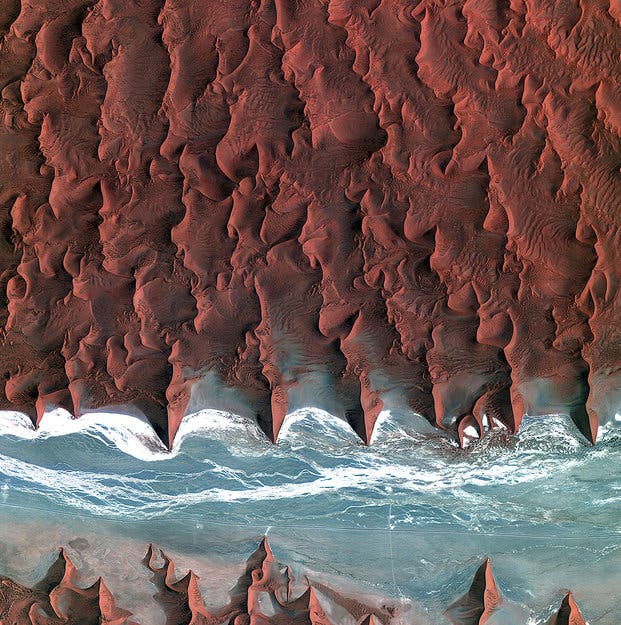 The Namib is a coastal desert in southern Africa, stretching along more than 2,000 kilometres (1,200 mi) along the Atlantic coasts of Angola, Namibia, and South Africa.

The desert geology consists of sand seas near the coast, while gravel plains and scattered mountain outcrops occur further inland. The sand dunes, some of which are 300 metres (980 ft) high and span 32 kilometres (20 mi) long, are the second largest in the world after the Badain Jaran Desert dunes in China.