Mate Tea is one of the more uncommon and special teas you can have. Not exactly a tea, it’s been a favorite of millions for hundreds of years. Typically prepared from dried leaves of Yerba Mate, the tea is served through a metallic straw called a bombilla. But let’s take it slower, and start with the beginning. 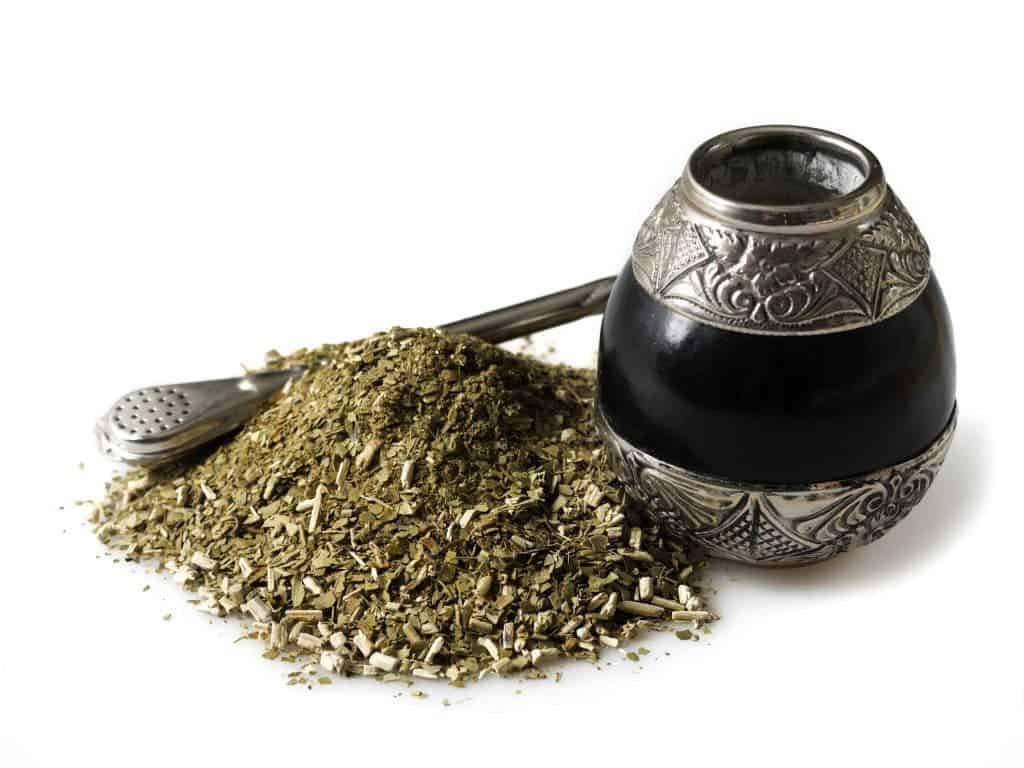 Mate was first consumed by the Guarani people, in what is today Southern Brazil and Paraguay. Remnants of yerba mate have also been found in a Quechua tomb near Lima, Peru, and during its early history, it’s believed that Mate was consumed for medicinal purposes and was regarded as a symbol of status.

Consumption spread especially through Paraguay, although there isn’t much historical evidence for consumption. In fact, even as the Spanish and Portuguese started conquering and colonizing South America, they started drinking mate without writing much about it; for that reason, we don’t know very much about early consumption of mate. We do know that by the time the Spanish got into South America, basically all of today’s Paraguay was enjoying it.

Unlike chocolate, the Spanish fell in love with it. In fact, many actually became addicted to it. In 1596 a member of the cabildo of Asunción wrote to governor of Río de la Plata Hernando Arias de Saavedra:

“The vice and bad habit of drinking yerba has spread so much among the Spaniards, their women and children, that unlike the Indians that are content to drink it once a day they drink it continuously and those who do not drink it are very rare.”

The same author went on to say how some sold their clothing or their last bit of food to get hold of some more Mate tea.

By the mid 1600s, mate became a most valuable commodity in South America – for locals as well as colonialists – surpassing sugar, wine and tobacco which had previously dominated. It wasn’t long until a proper industry was developed and the plant was domesticated…

The Jesuits wanted to convert the locals to Catholicism… but they needed the hard money to fund their churches – so they turned to mate. In 1645 the Jesuits had successfully requested the Spanish Crown to be allowed to produce and export yerba mate, initially harvesting the wild trees like the locals, but ultimately domesticating the plant. The Paraguayan Asunción and Villarrica that accused the Jesuits of flooding the Platine market with cheap domesticated yerba mate… which they probably did. At one point, there was so much mate on the market that no one really had the currency to pay for it, instead offering honey, tobacco or maize.

But even as Paraguay maintained a sense of identity related to mate production, Brazil re-domesticated the plant and became the world’s largest producer, quickly followed by Argentina. After the Paraguayan War against Brazil, Argentina and Uruguay, Paraguay was demographically as well as economically ruined and foreign entrepreneurs came to control the yerba mate production and industry in Paraguay.

Syrian and Lebanese immigrants to Argentina also loved the drink and spread the habit of drinking it to their homelands. To this day, Syria is the biggest mate importer. Europeans never lost their taste for mate, though in the 20th century, the passion for it waned outside of Spain and Portugal.

Brewing mate is not as straightforward as you’d think – well, it’s easy to make the tea, but here’s what you need to know to make it properly.

The leaves and twigs of the yerba mate plant are dried, typically over a fire, and steeped in hot water to make a herbal tea. To do things right, you should have a gourd, but any mug will do – fill it up to 1/3 or 1/2 with leaves and fill the rest with water.

However, the yerba must be treated with cool water before the addition of hot water as it prevents the chemical breakdown of some of its desirable nutrients. After you drink the tea, it’s perfectly fine to refill it several times, before it loses flavor.

Drink the tea with a specific metallic straw called a bombilla.

Mate is a social drink, but it’s also recommended for its health effects (more on that later). If you’re the host, you prepare the tea and everyone drinks from the same gourd. There’s quite a complex etiquette. As written on Wikipedia:

“The first brew is often called mate del zonzo (mate of the fool). The host subsequently refills the gourd and passes it to the drinker to his or her right, who likewise drinks it all (there is not much; the mate is full of yerba, with room for little water), without thanking the server; a final gracias (thank you) implies that the drinker has had enough. The cebador possibly drinks the second filling, as well, if he or she deems it too cold or bitter. When no more tea remains, the straw makes a loud sucking noise, which is not considered rude. The ritual proceeds around the circle in this fashion until the mate becomes lavado (washed out), typically after the gourd has been filled about 10 times or more depending on the yerba used (well-aged yerba mate is typically more potent, so provides a greater number of refills) and the ability of the cebador. When one has had one’s fill of mate, he or she politely thanks the host, passing the mate back at the same time.”

Though, in all honestly, the odds are you won’t be doing this, and your guests (unless they’re of hispanic or Portuguese descent) won’t be aware of this etiquette. Just makes sure that everyone has a bombilla and serve it as a regular tea. 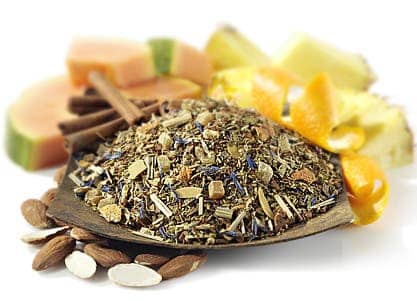 The health effects of yerba mate remain a topic for debate and controversy. Like coffee and tea, mate is considered safe to drink, and contains several vitamins and minerals important to human health, including vitamins A (as beta-carotene), B1, B2, C, and E, as well as phosphorus, iron and calcium.

A study published in 2007 (reference) wrote:

“Yerba Mate has been shown to be hypocholesterolemic, hepatoprotective, central nervous system stimulant, diuretic, and to benefit the cardiovascular system. It has also been suggested for obesity management. Yerba Mate protects DNA from oxidation and in vitro low-density lipoprotein lipoperoxidation and has a high antioxidant capacity.”

Anticancer activity is plausible, if unproven, in part because yerba mate tea contains significant levels of polyphenol antioxidants, and has a slightly higher antioxidant capacity than green tea. Furthermore, yerba mate has been shown to have antimicrobial activities against E. coli bacteria. Despite yerba mate’s potential for reducing body weight, there is minimal data on the effects of yerba mate on body weight in humans – or at least I couldn’t find any.

However, there might also be a darker side to this particular brew. A review of a number of population studies in 2009 revealed evidence of an association between esophageal cancer and hot mate drinking, but these population studies may not be conclusive. Some studies have found that the hot temperature of the brew might be responsible for the increased cancer incidence, while others have found that at all temperatures the drink contains carcinogen compounds. So far, there hasn’t been one conclusive study to link mate to cancer, but there are some significant clues. Still, drinking it in moderation, and especially avoiding drinking hot mate should be safe.

To sum it up, mate is one of the brews with a rich and complex history; from its early South America days and to the Middle East, it has been appreciated by millions and millions. There’s a specific drinking etiquette which you can simply ignore, and mate has many health benefits, though it may also have some downsides. Enjoy it responsibly!