Returning the world’s last wild horses to the wild

Przewalski's horses are the only breed which was never domesticated. They were once common across Russia's and Mongolia's steppes, but were slowly hunted down. Now, coming back from the brink of extinction, these wild horses are slowly returning to their habitat.

Przewalski’s horses are the only breed which was never domesticated. They were once common across Russia’s and Mongolia’s steppes, but were slowly hunted down. Now, coming back from the brink of extinction, these wild horses are slowly returning to their habitat.

Also called Dzungarian horses, Asian wild horses or takhis, they are the only truly wild horses. Most “wild” horses today, such as the American Mustang or the Australian Brumby, are actually feral horses descended from domesticated animals that escaped and adapted to life in the wild. In contrast, Przewalski’s horse was never domesticated, but dwindled dramatically in the 40s, 50s and 60s. The last herd was sighted in 1967 and the last individual horse in 1969. Expeditions after this failed to locate any horses, and the species had been designated “extinct in the wild” for over 30 years. The situation seemed hopeless, but several small projects were piloted, and there was a glimmer of hope.

The world’s largest captive breeding program for Przewalski’s horses is at the Askania Nova preserve in Ukraine. An interesting effort was made when some of these horses were released in the area evacuated after the Chernobyl accident, which now serves as a deserted de facto nature reserve. The population thrived, reaching up to 200 individuals before being hunted by poachers. As of 2011, it was estimated that only 30–40 individuals remained. However, the experiment was considered a success, as the horses did well in the wild. Other re-introduction programs followed. In the most recent one, six horses from a shelter in France were released in the Russian steppes – the first ones to return to Russia in half a century. Many other will follow in their steps soon, and hopefully, Przewalski’s horses will be successfully reintroduced into their environment. 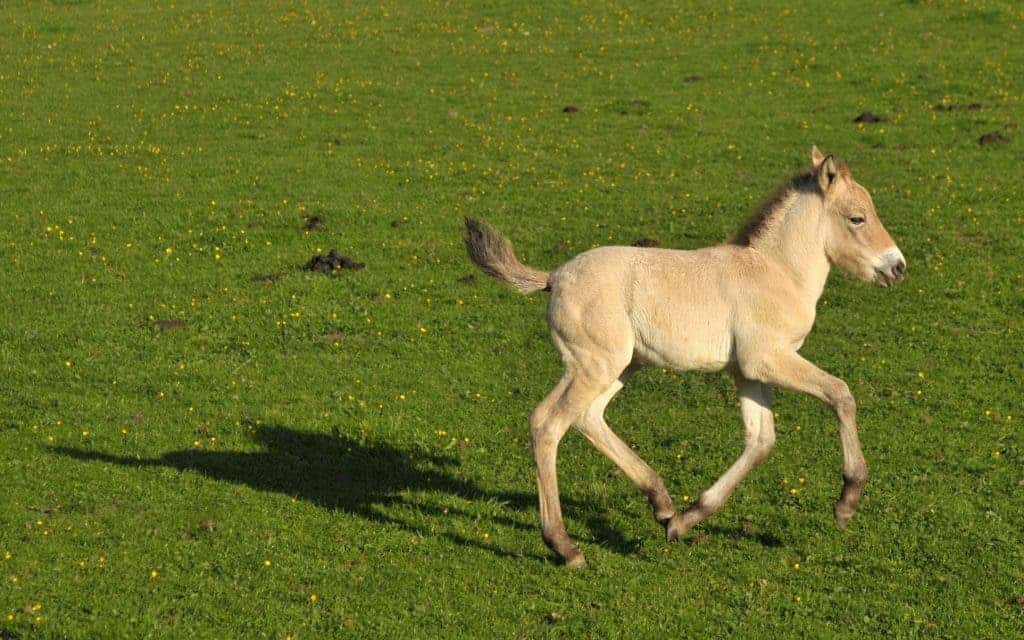 “If you ask them, they will tell you: we want a warm stable, daily oats, fresh grass and maybe strawberries and cream,” Zharkikh said. “But this is a wild animal and it has to be in its natural habitat.”

Since 2011, Prague Zoo has transported twelve horses to Mongolia in three rounds, and plans to continue bringing even more. The Zoo has the longest uninterrupted history of breeding of Przewalski’s horses in the world and keeps the studbook of this species. Other programs brought several more horses and there seems to be a stable wild population of 300 horses in the wild. They went from “extinct in the wild” to “critically endangered” to “endangered”.

It took more than 70 years and an international effort, but these wild horses are finally returning to the wild, where they belong. Hopefully, we won’t wipe them out again.