Temari (手まり?) balls are an ancient form of art that originated in China and got was introduced to Japan around the 7th century A.D., where it became very popular. 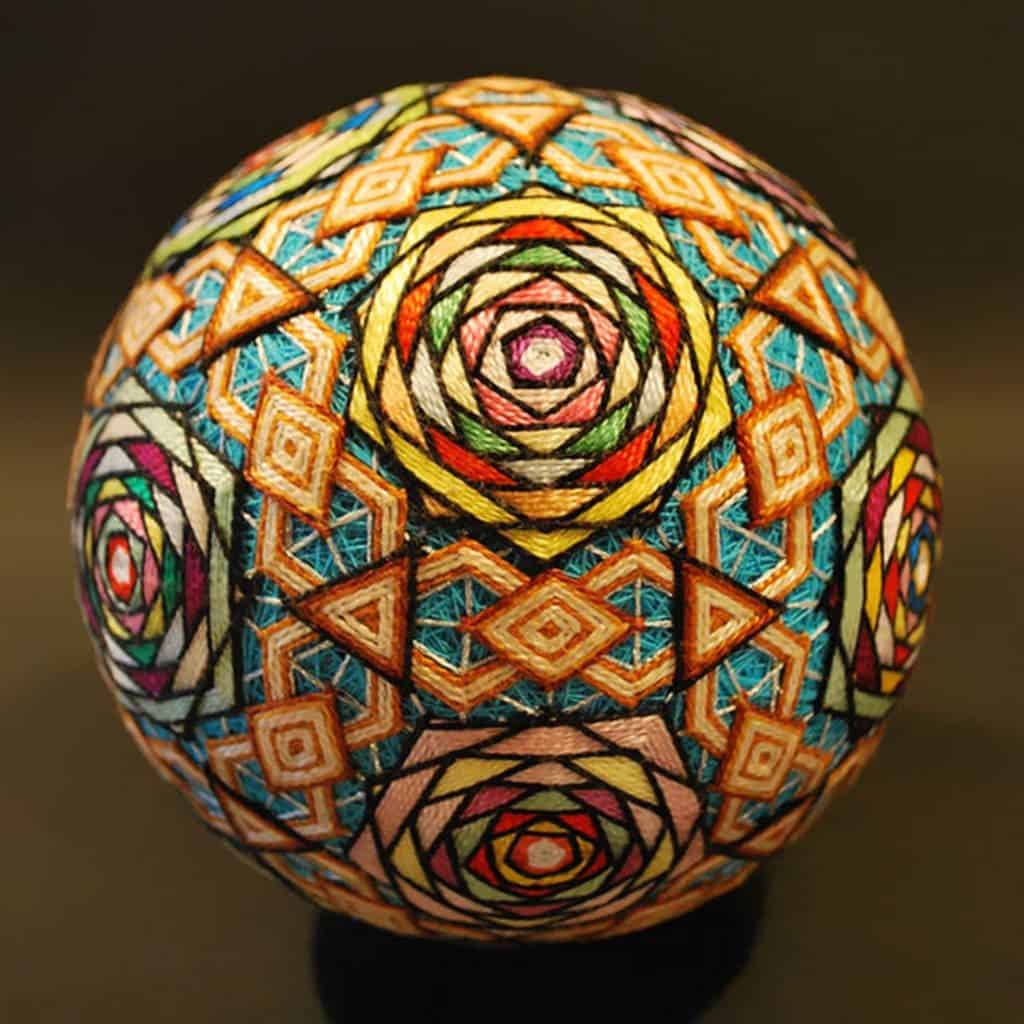 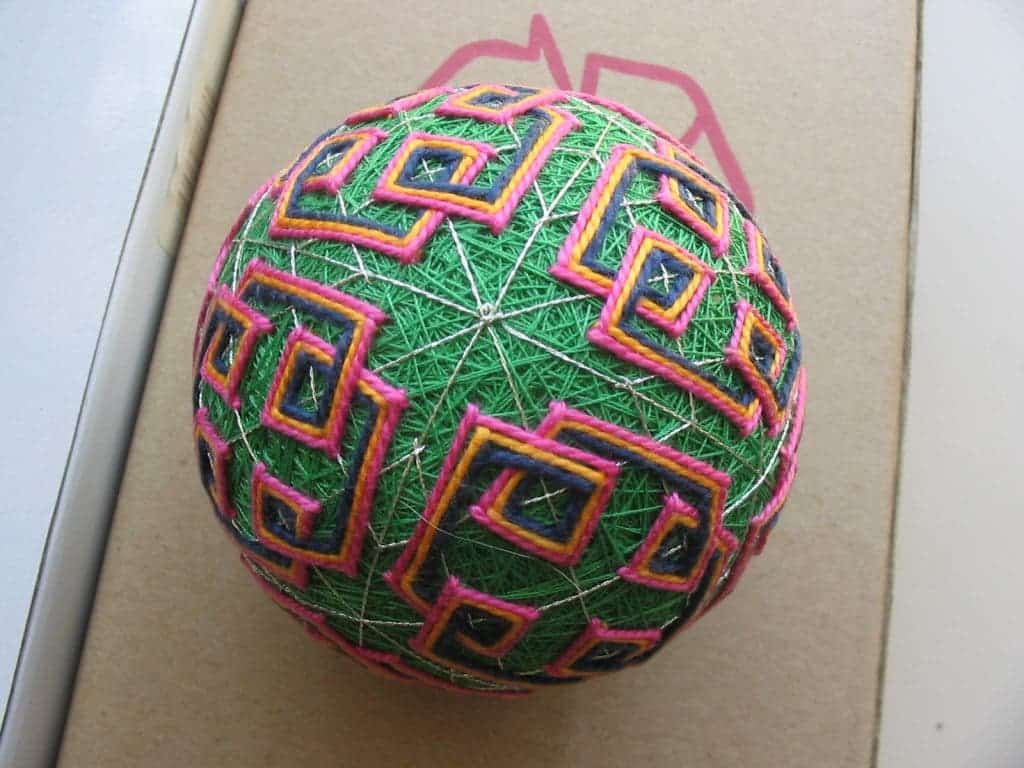 Temari (手まり?) balls are an ancient form of art that originated in China and got was introduced to Japan around the 7th century A.D., where it became very popular. In China, temari, beautifully decorated spheres, were often used in conjunction with lions who were thought to be mythological animals having a fun-loving and friendly disposition.

The Chinese have a rich tradition associated with Temari, especially in a ceremony called “Exercising the Lions”  whose purpose is to expel demons. In this case, they use one big Temari, representing the Sun. There is even a legend, where the mythological lion is regarded as a provider of milk. The people place hollow, beautifully decorated balls out in the hills of the countryside hoping that the mythological lions would find the balls and leave some milk inside. 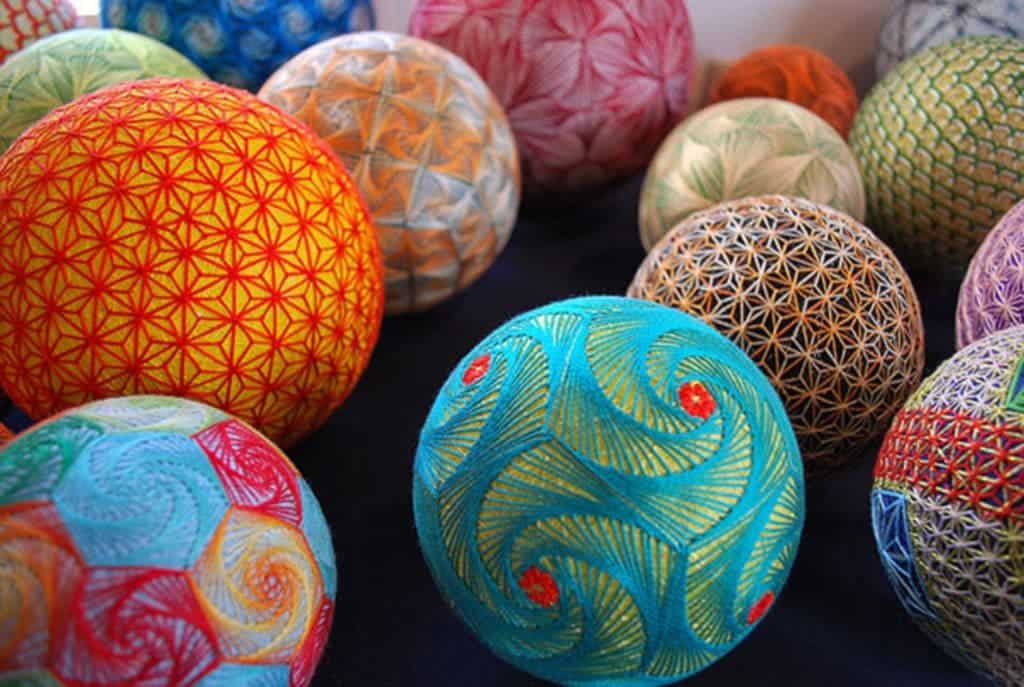 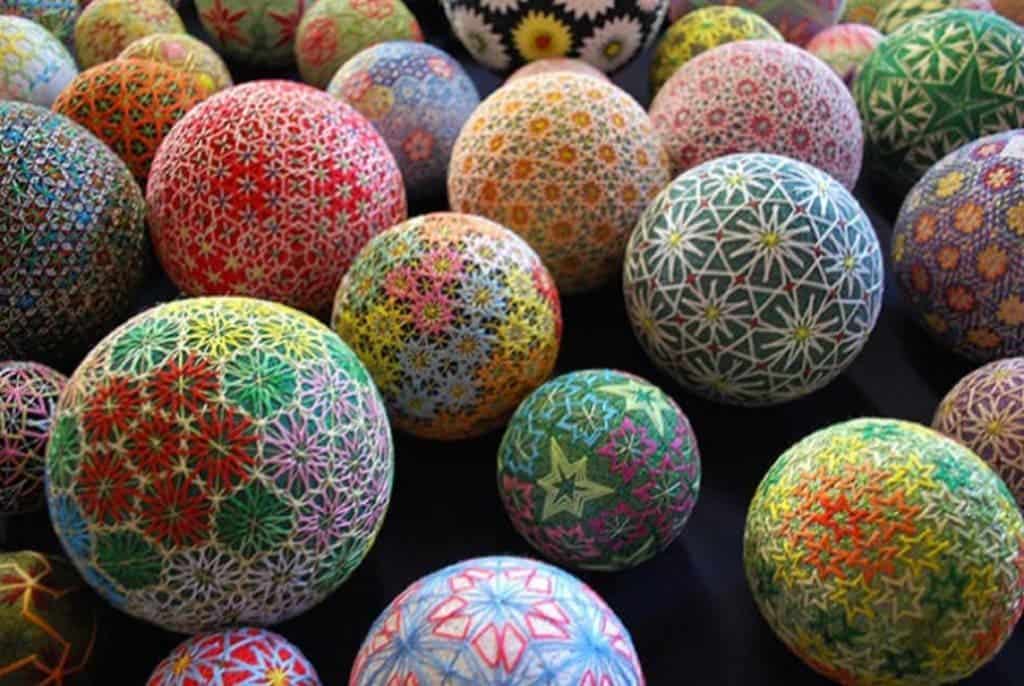 In Japan, Temari were initially toys, as their name says it (Temari means “hand ball”), but it probably originated
from the word “kemari” which means “kick ball”. You can think of the ancient game of kemari as a type of hacky sack. Its popularity spanned many centuries and the game evolved, changed and attracted more and more people.

Originally, only noble people played with the Temari, and they were made from the remains of old kimonos and a silk thread was used to stitch them together. But as time went by, the functional stitching became decorative and eventually the balls evolved into works of art with all their beautiful embroidered designs. 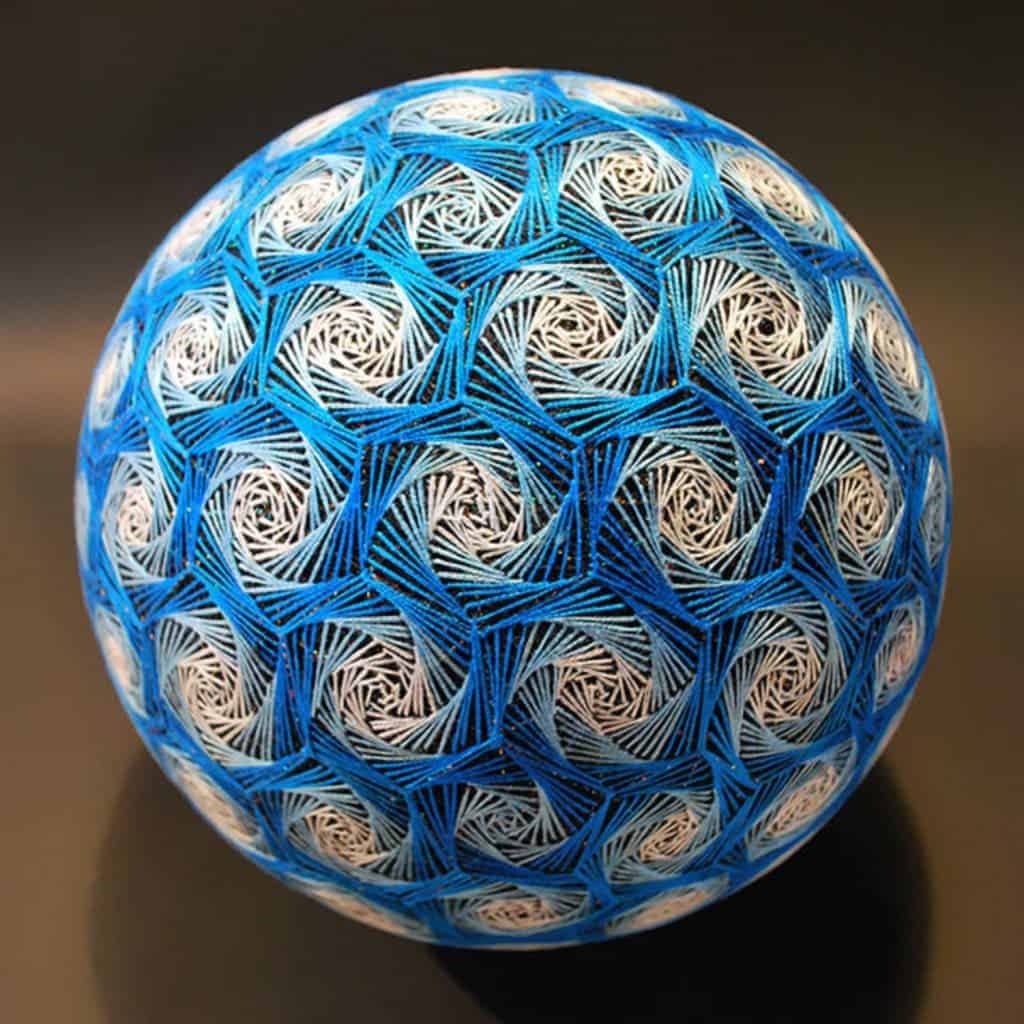 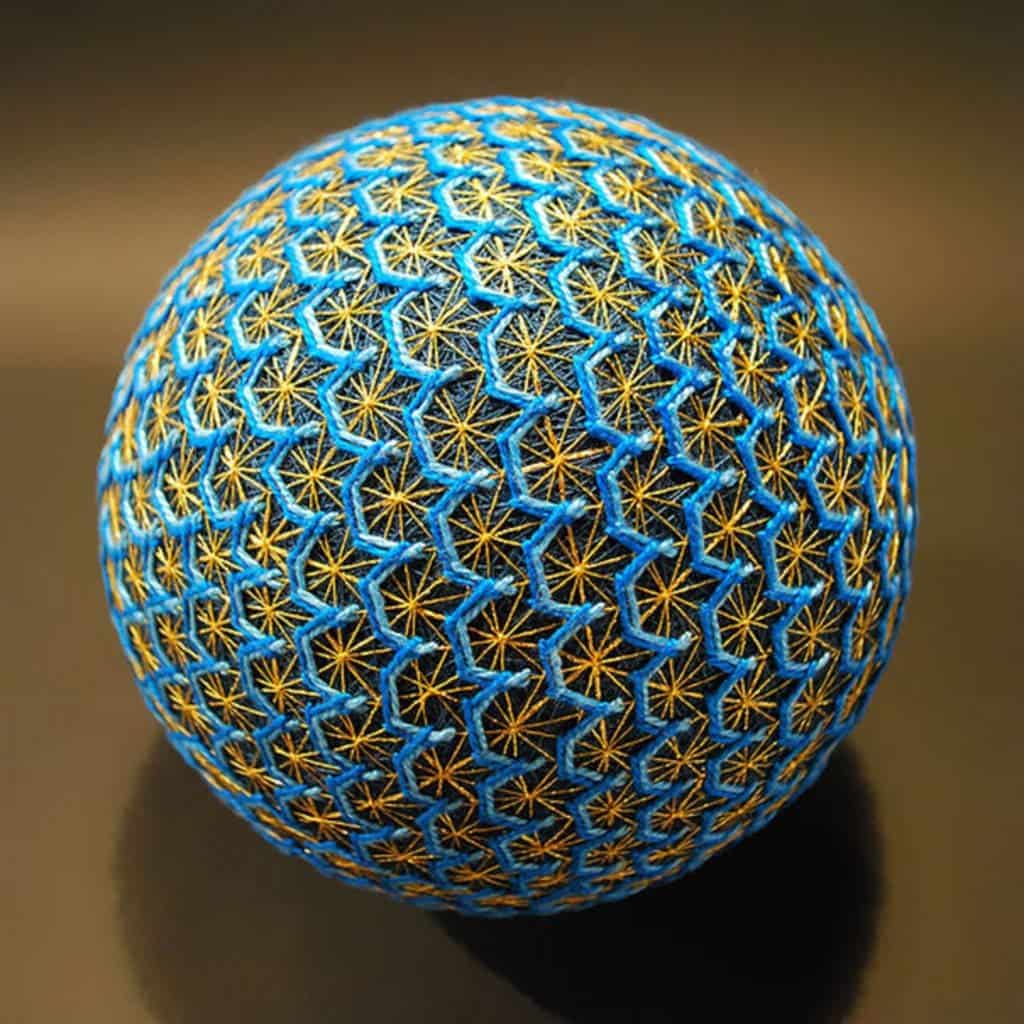 Nowadays, Temari patterns include complex geometrical patterns, and a  thin paper strip is used to do this and the T maker indicates the desired partitions with pins. Thread is used to keep the embroidery on a spherical surface and the results are stunning, as you can see for yourself. 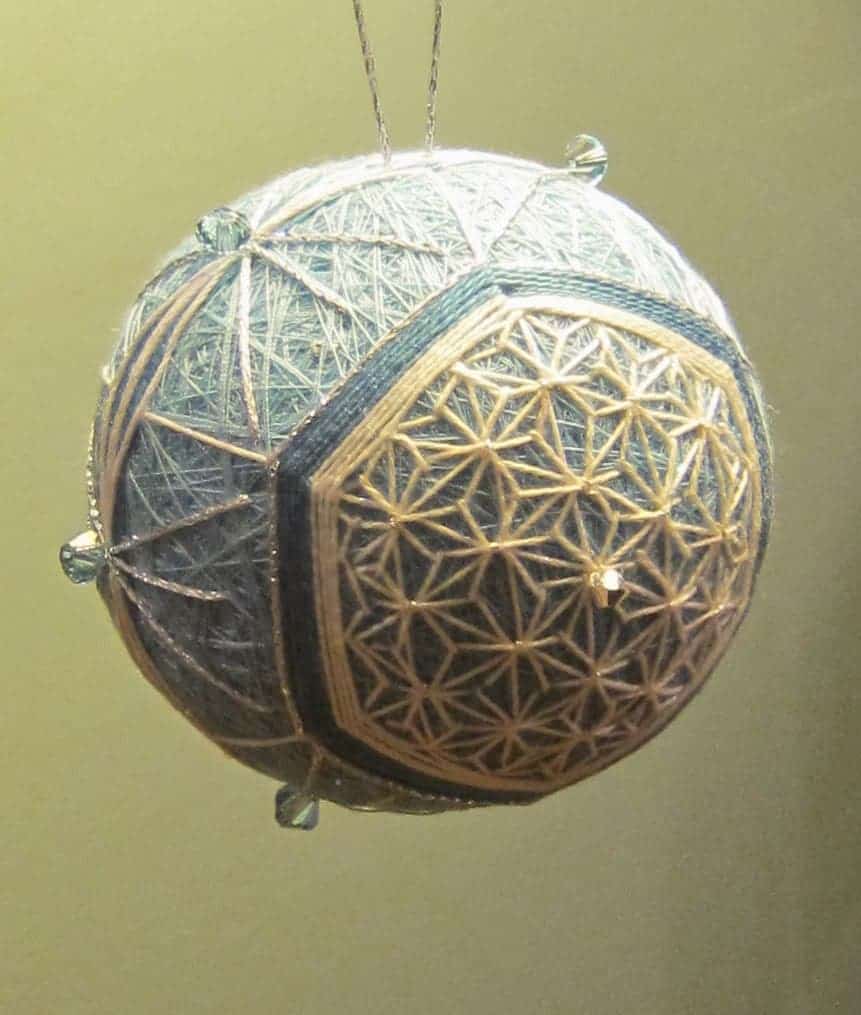 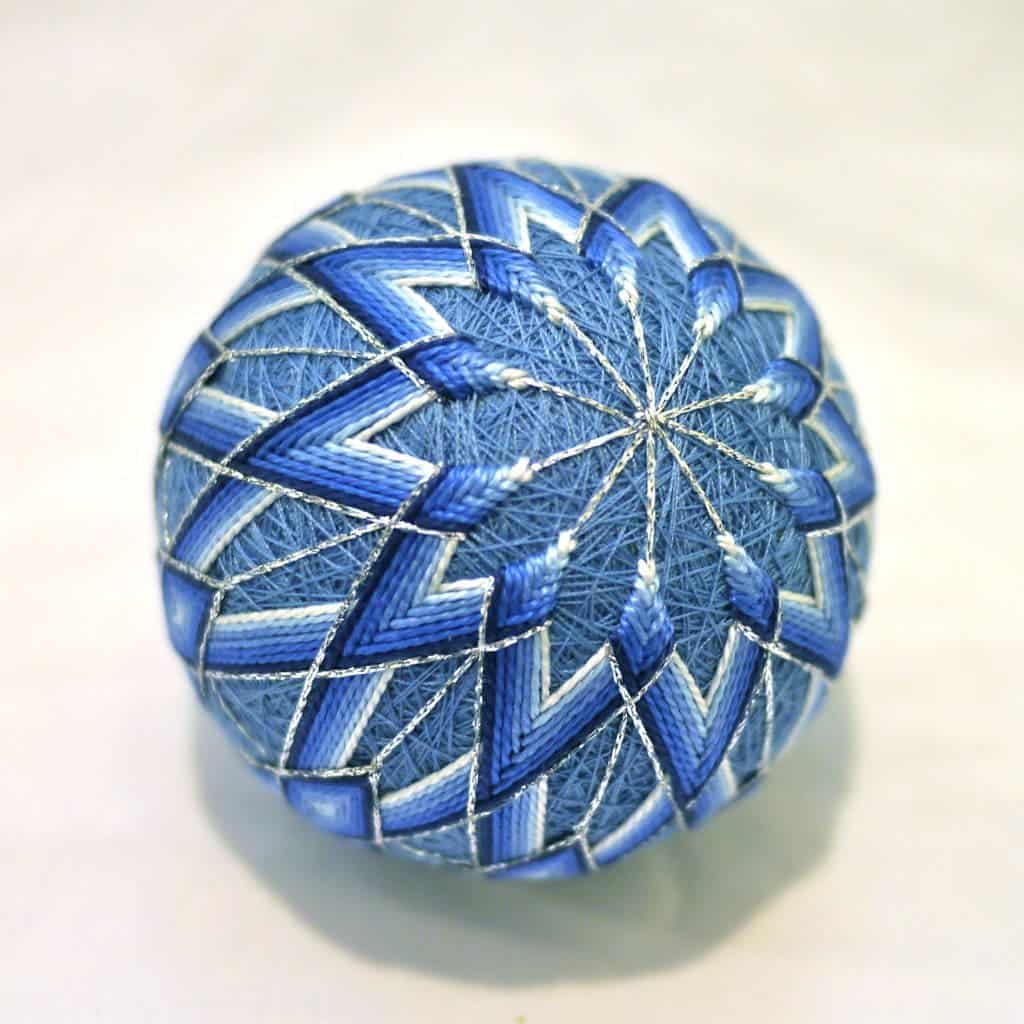 Becoming a Temari craftsman was a very complicated and tedious process, and it still is – you have to go through a specific training and get tested – but that doesn’t mean that you can’t make your own Temari at home. Furthermore, modern ones may include special materials or paints in their design.

Temari are highly valued and cherished gifts, symbolizing deep friendship and loyalty – you should only give them to someone who is truly important to you. Also, if someone gives one to you, cherish and appreciate it.