The Perfect Wake-up Call: This Clock Wakes You up with a Tea or Coffee Cup 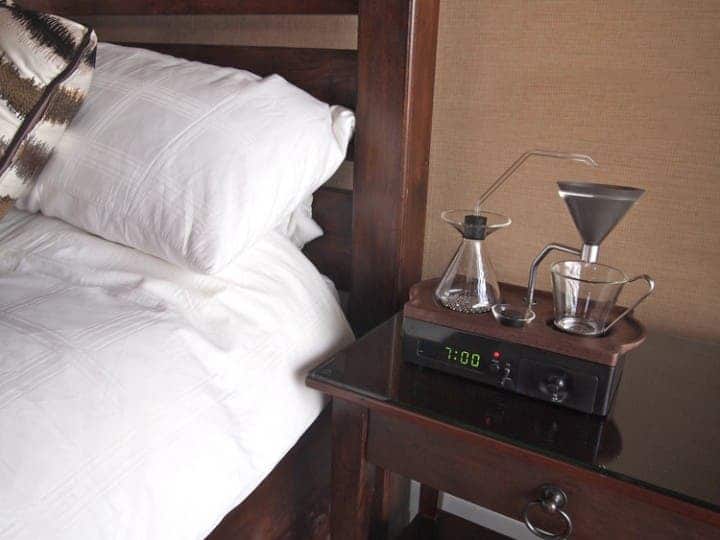 Ernest Hemingway woke at dawn. Benjamin Franklin sat naked each morning. Beethoven counted sixty coffee beans. Everyone has their own morning rituals, but for some, waking up is more of an ordeal than a ritual.

British creative designer Josh Renouf came up with an elegant solution to that problem. He has created a concept alarm clock which wakes you up with a hot cup of your preferred beverage – a cup of coffee or tea. 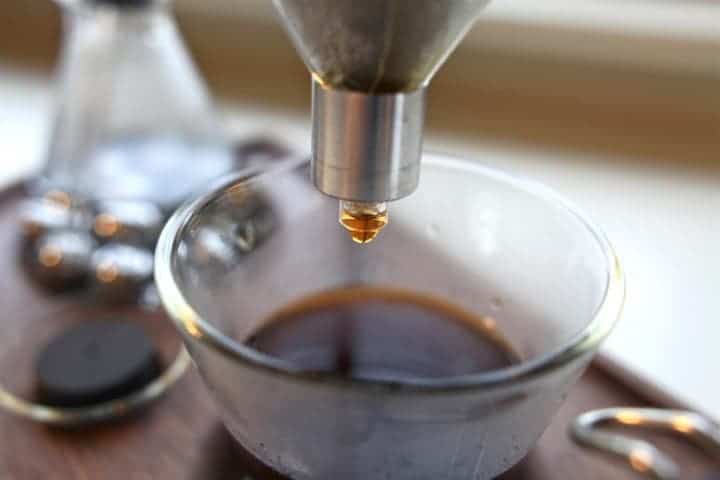 When the alarm clock hits the hour, heating elements underneath a glass flask turn on. Induction works on metal bearings, making them heat up and bring the water to boil. The design is quite interesting, and safe – there’s no chance of you getting burned:

The reason I [used ball bearings] was because I wanted to come up with a safe way of boiling the water. I didn’t want the pad to get hot, so I researched induction heating. Induction heating, I’m sure you know, does not make the surface hot, it creates an electomagnetic field which conducts the ferrous material above. However I did not want to expose the metal as this would get hot and might not be safe round the user, therefore I wanted to contain the element. After much experimenting it occurred that stainless steel ball bearings (yes they conduct) acted well, and actually created a nice natural alarm once the water boiled. I thought I could work with this! So I did. 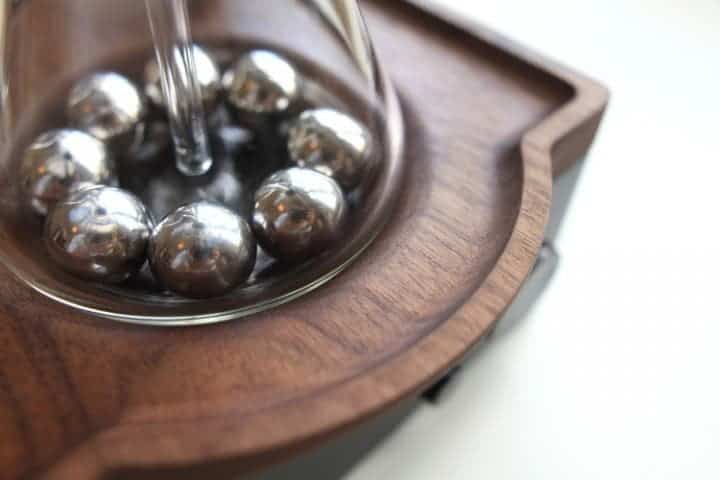 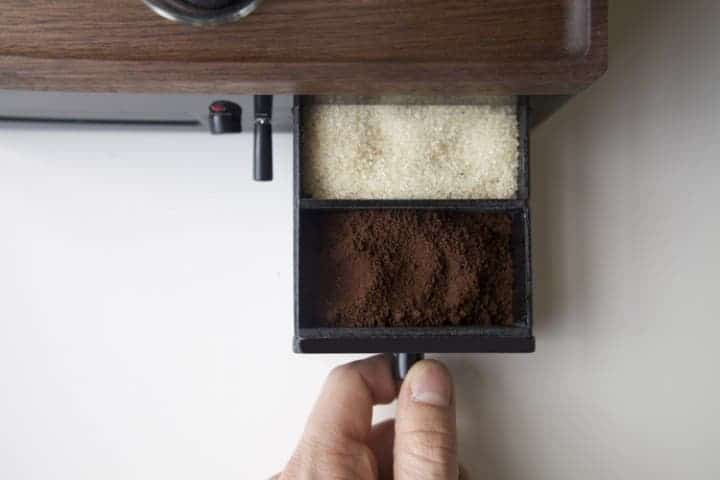 Indeed, the device is like a science class in itself: magnetic induction heats the bearings, the bearings heat the water, which evaporates into steam. The steam creates pressure. 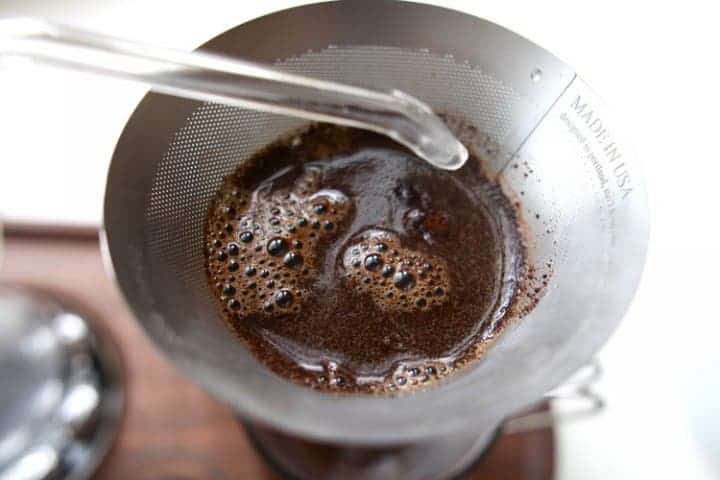 pushing the boiling water up the glass tube and down where it drips through ground coffee sitting in a metal filter above the cup. 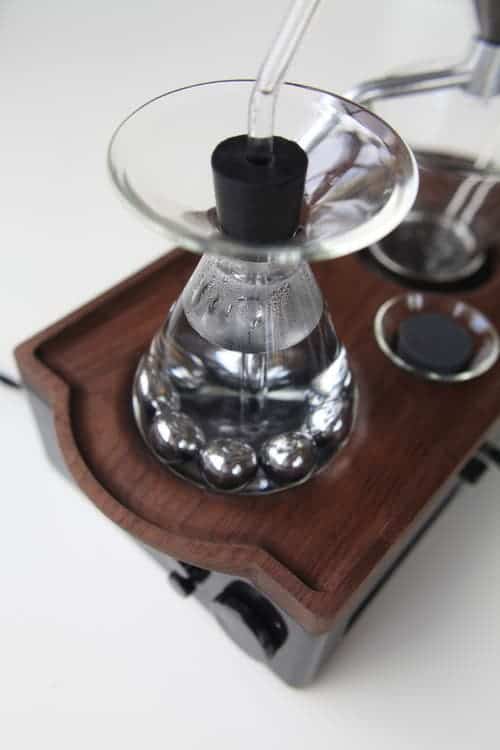 The milk is sealed with a rubber bung, and hid away from the warmth so it does not spoil. I incorporated a fan which runs simultaneously next to the induction heating element and to give an extra cool temperature.

The idea is not only developing a system to make you a cup of coffee in the morning – it’s to encourage you to develop your own sleeping ritual. 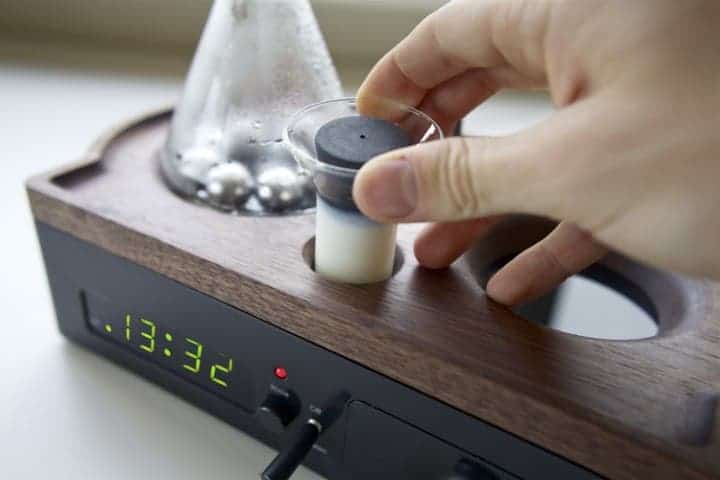 It encourages a ritual before going to sleep, signalling to the body and mind that it is time to unwind and relax. The product can also create a mean cup of tea as well, this was trialled and tested with your average ground tea, and I had great feedback. But people are coffee mad! The Stainless Steel Filter is actually from a company call Able Brewing – who I was emailing back and forth through out the Project, So shout out to them!