This optical illusion will make you doubt your eyes

There’s no image manipulation or processing of any type going on… so what’s happening? Obviously the people can’t be changing sizes, so something’s going on. It’s called an Ames Room, and it was invented by American ophthalmologist Adelbert Ames, Jr. in 1934 to screw with your brain.

There are actually two illusions associated with the Ames Room. First of all, the room looks cubic when viewed from a specific viewing point, when in fact, it is a trapeze – as you can see below. 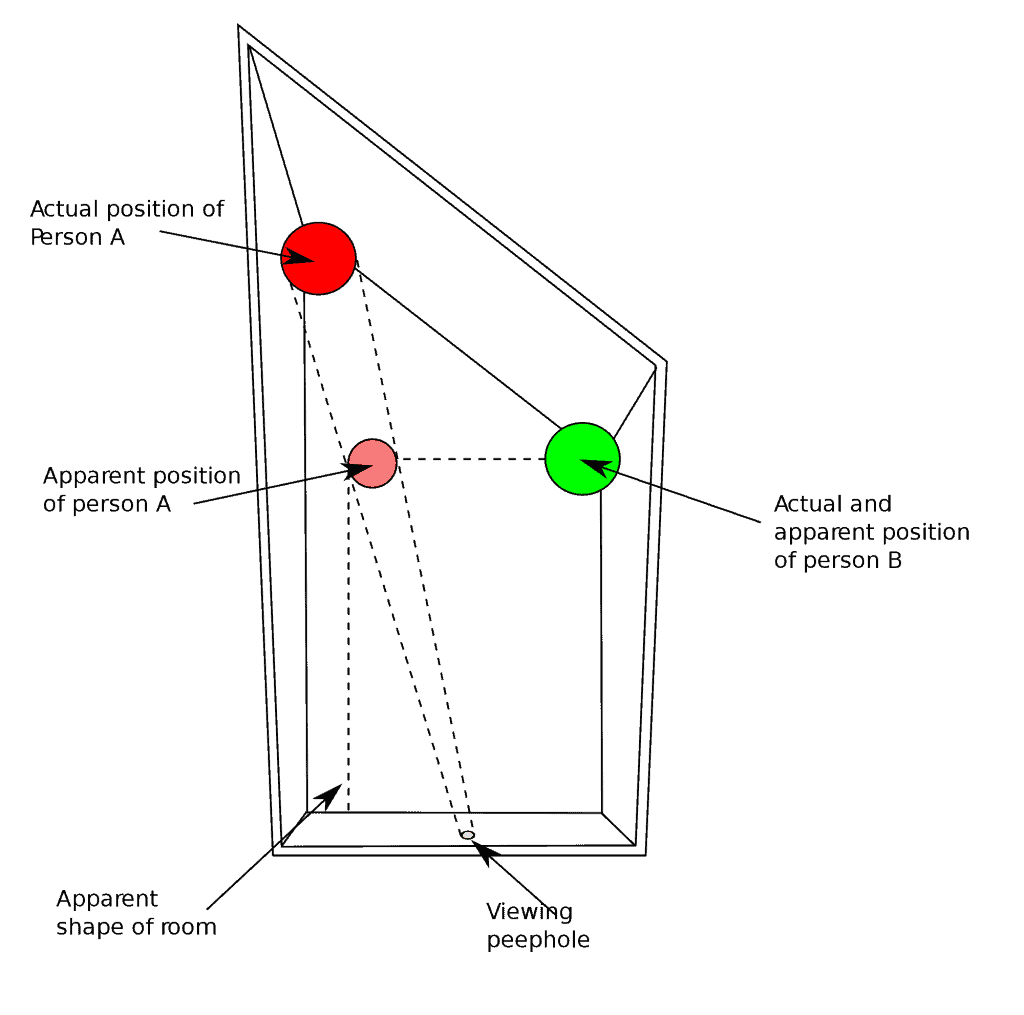 The room is viewed through a pinch hole such as to avoid any clues from stereopsis, and it is constructed so that from the front it appears to be an ordinary cubic-shaped room; it’s a trick of perception.

The second illusion is that within an Ames Room, people or objects can appear to grow or shrink when moving from one corner to the other. This trick is also related to the specific shape of the room. The roof is inclined, but to the viewer, it appears straight, so a person standing in one corner appears to the observer to be a giant, while a person standing in the other corner appears to be a dwarf. The illusion is so convincing that a person walking back and forth from the left corner to the right corner appears to grow or shrink. Oh, and the coolest thing about this illusion is that you can’t unsee it after you see it: if you do see people growing or shrinking in size, you’ll always see them like that.

Ames’ original design also contained a groove that was positioned such that a ball in it appears to roll uphill, against gravity. Richard Gregory, a British psychologist and Emeritus Professor of Neuropsychology at the University of Bristol, regards this apparent “anti-gravity” effect as more amazing than the apparent size changes, although today it is often not shown when an Ames room is exhibited. Still not convinced? Let’s look at it a bit closer.

Although the floor appears to be level, it is actually at an incline (the far left corner is much lower than the near right corner). The walls also appear perpendicular to the floor, although they are somewhat slanted. Your eyes and your brain is tricked because you’re used to seeing normal, rectangular rooms. Your brain creates a mental shortcut so that when you see a room that appears to be rectangular – it is, so it just assumes all rooms are rectangular and it’s easier to trick. If you’d show this illusion to someone that had never seen a room or a regular construction, he’d be less likely to be fooled. 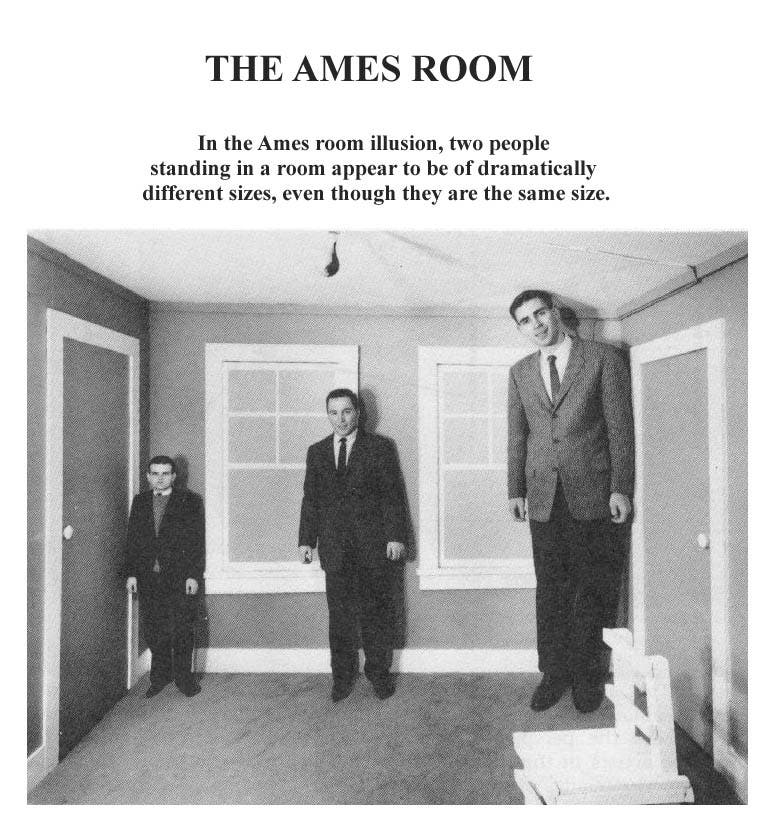 In the media, Ames Rooms have been used extensively; most notably, they were used in the Lord of the Rings, to manipulate the size of the hobbits relative to Gandalf. An Ames room is also depicted in the 1971 film adaptation of the Roald Dahl novel Charlie and the Chocolate Factory