OK, we’ve heard of tornadoes plenty in the last years. As if that wasn’t enough, we’ve even seen water tornadoes and fire tornadoes, but mosquito tornadoes? It’s like the tornado version of Captain Planet… with mosquitoes. 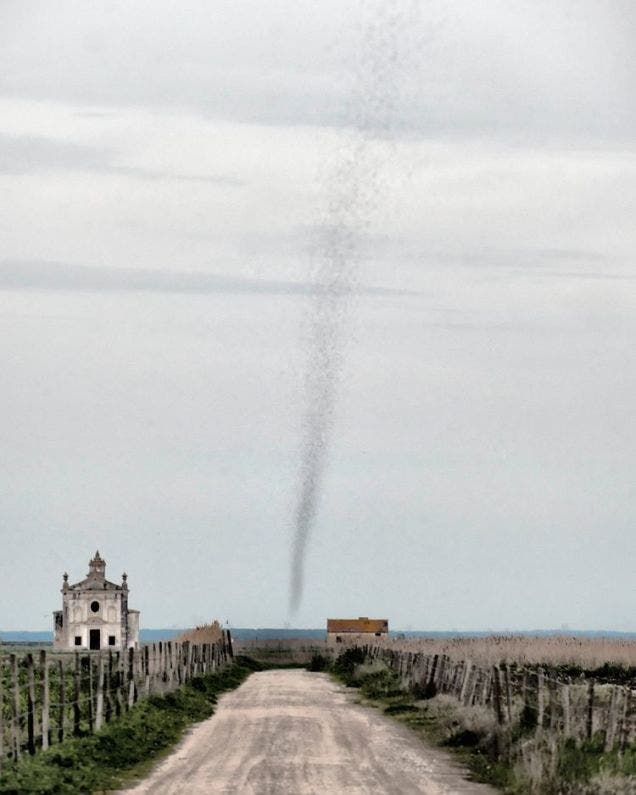 OK, spoiler alert: this is not actually a tornado – it’s a huge, vertical swarm of insects, so maybe even scarier. Photographer Ana Scarpa took this picture in Leziria Grande at Vila Franca de Xira in Portugal, from a distance of about 400 meters (about a quarter of a mile). The swarm extends approximately 300 meters into the air. Initially, she thought it was a locust swarm, but as she drove closer, the mosquitoes started to actually enter her car.

“Earlier this year, I was finishing-up my photo shoot for the day, and I began to pack my things- when suddenly I saw in the sky [something] that I thought was a wind twister,” Scarpa told io9. “It was a very high funnel swinging to the left and to the right. I pointed my camera and began shooting before it hit me. But the funnel did not move toward me- and I thought it was so strange- so I got into my car and started to drive towards it, and that’s when I realized it was a mosquito twister.”

Perspective makes the leading edge of the swarm appear smaller and thus tapered.

The area in Portugal is a well known insect breeding ground, as there are many water branches to assure water to animals and harvests.