Company wants to ressurect gladiators – with a modern twist

Imagine for a moment how it would be like to recreate a gladiator fight. I’m not talking about martial arts or wrestling or something like this – I’m talking about full on, man versus man gladiator fights. An Australian company wants to revive the tradition, while using futuristic carbon fiber costumes to avoid any real bloodshed. 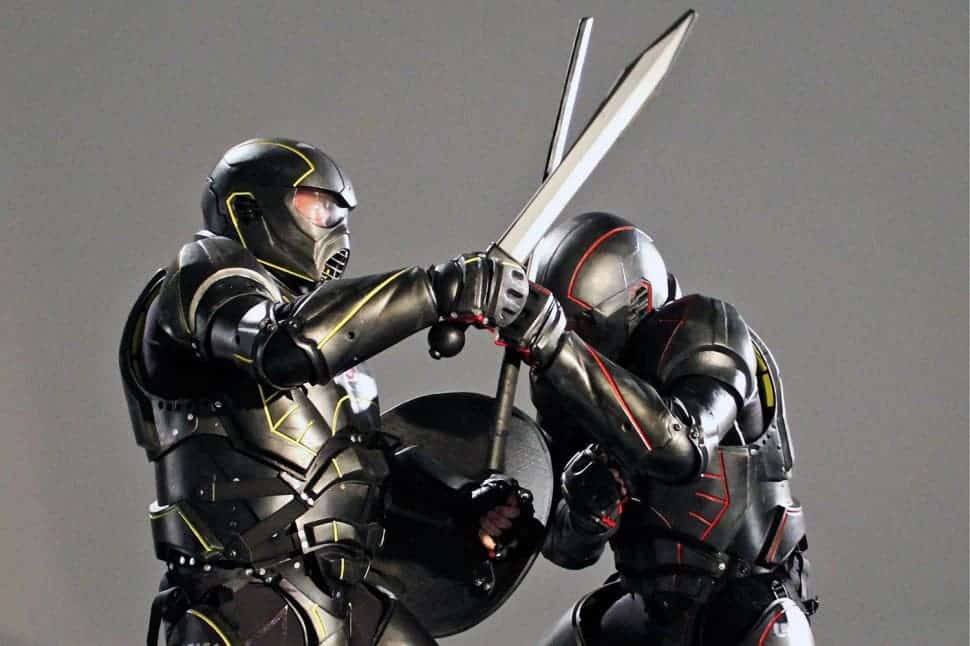 The startup Unified Weapons Master wants to put the ‘glad’ back in ‘gladiator’ – they developed an awesome-looking suit which enable fighters to move freely, while also ensuring that they don’t get hurt and monitoring all the applied hits. Their purpose is to bring back this long gone arena battle and make it as safe as possible, while also keeping it interesting.

“For us it’s about honoring, preserving, and reigniting interest in weapons-based martial arts — arts that have sort of slowly drifted off of people’s radar since the invention of gunpowder and projectile weapons,” explains UWM co-founder and CEO David Pysden. “Since then, there’s been no forum in which to see weapons-based martial arts practiced, and we want to change that.”

“Our objective,” he says, “is to promote a new global combat sport with weapons. So the unified in Unified Weapons Master is about bringing all the different weapons arts from all around the world together in a single competition. There’s roughly 300 distinct martial arts practiced around the world, and of those styles, 96 of them are either entirely weapons-based, or have a significant amount of weapons-based training in their curriculum. What we want to do is bring all of those styles together in a competition, much like UFC did with mixed martial arts.” 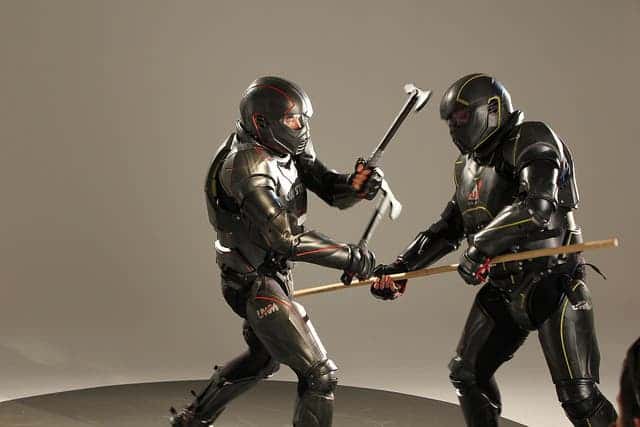 Of course, you have quite a predicament when you want to preserve weapon-based martial arts – you don’t want anyone getting hurt. Fortunately, this is where technology steps in – UWM’s founders have engineered an innovative suit called Lorica – Latin for “body armor”.

“The armor itself is made out of a sort of sandwich of high-performance materials.” Pysden tells us. “On the outside there’s some impact- and penetrative-resistant materials such as carbon fiber, and beneath that there’s a bunch of polycarbonate material and elastomeric foam, which is impact absorbent.” 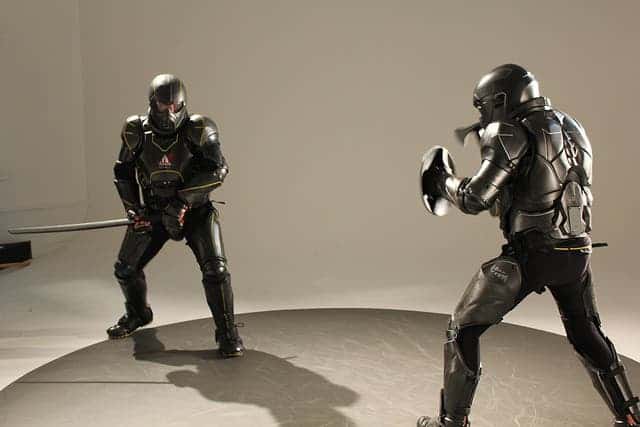 To say that the armor is impact-resistant is an understatement; a better way of putting it would be that you pretty much don’t feel the hits you get. The fighters are completely safe even as they are hit, stabbed or slammed around. Of course, any engineering or material failure can have dramatic consequences which nobody wants to happen; but the company is confident in their ability to keep participants safe.

“We deliberately over-engineered the suits, for obvious reasons,” Pysden adds. “Our chairman and co-founder, Justin Forsell, has tested the suit himself, and we’ve done that with world-champion martial artists. So in other words, we’ve put the best people available up against guys in the suits and had them attack with traditional martial arts and weapons-based martial arts, and the suits have passed with flying colors. They are very, very well built.”

But the real magic happens inside the suit – designing carbon fiber and impact-resistant foam is impressive, but it’s not groundbreaking. But it all goes Iron-Man under the hood. Lorica is fitted with a dazzling array of sensors which keep track not only of all the hits applied or received by the fighter, but also of the severity of the hits. All the data is collected in real time and transmitted through wireless to a computer which displays the score. The scoring system hasn’t been disclosed yet, but it has been revealed that it will mimic the damage received in real life. In other words, whenever a fighter receives a hit, the calculator will estimate how bad it would be in real life (without the suit), and when you drop out of “hit points”, you lose. It’s gonna be like an arcade fighter game… but real. 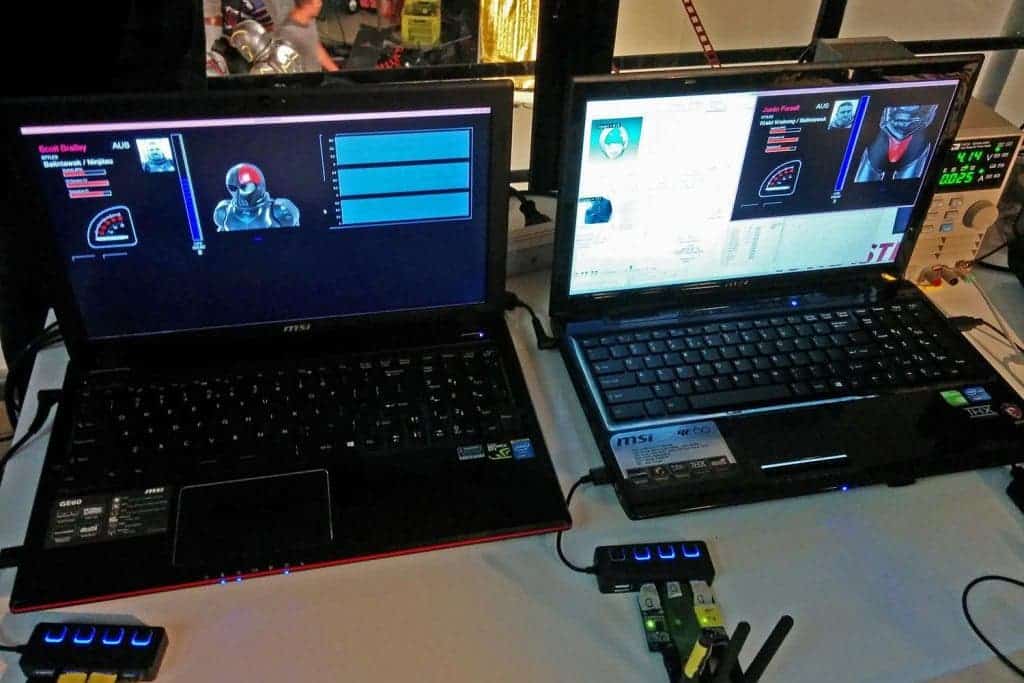 But to me, there’s something which makes the whole thing even more interesting – not only is the suit designed to protect you from all types of hits and stabs, not only is it recording all sorts of data and transmitting it in real time… but it does all this while maintaining the fighter’s freedom of movement – something which of course, is crucial in a martial arts fight. This is where the suit really shines. 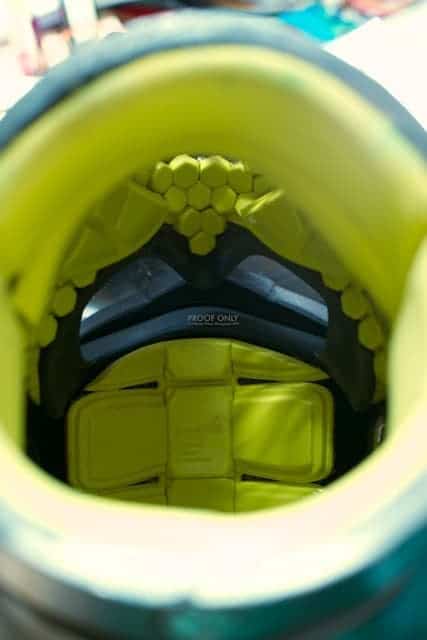 “We had to solve a bunch of problems before we built the prototypes” Pysden explains. “People have been building armor for thousand of years, but what they’ve never had to do before is encase all of this technology in the armor and make it work. But more importantly, when the knights were fighting back in the medieval days, they weren’t throwing kicks to the head. They were generally on horses or on foot, and typically weren’t using martial arts as part of their combat. That’s the big difference here — we wanted to develop suits where you had the articulation and mobility to fight as you would in unarmed, unarmored combat, but to be able to do that with weapons.” 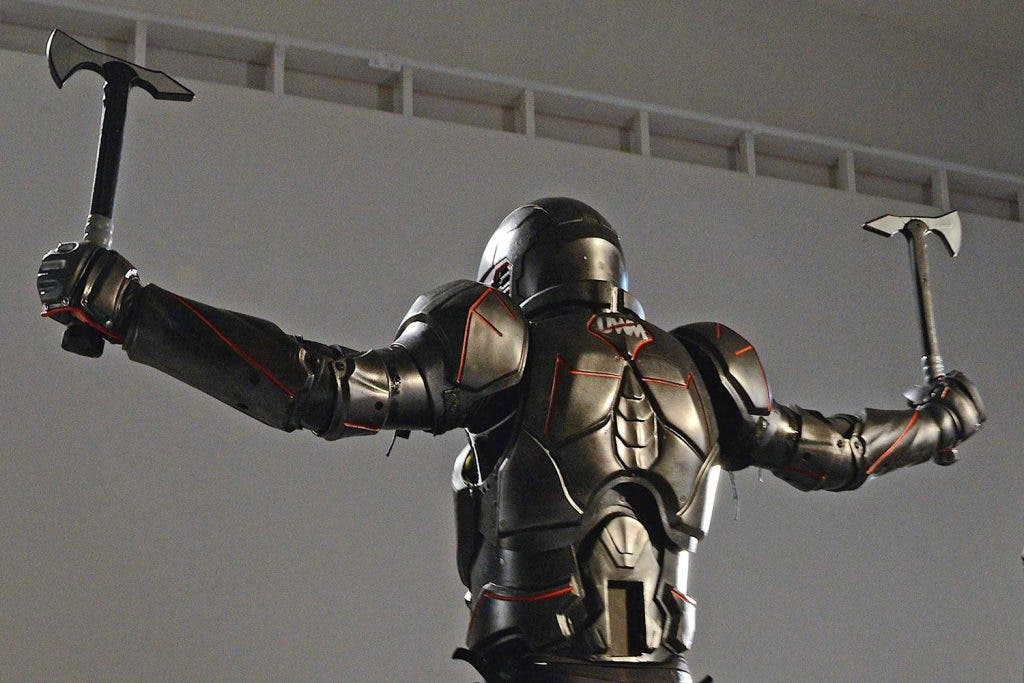 All this sounds so amazing it’s hard to believe this will actually happen, but it will… this year! The first prototypes are already set, they martial artists onboard with this idea… it’s time to test them out! Of course, you won’t get fights in huge arenas just yet, because the practical testing still needs to be passed. The company actually wants to host small events and use them as beta testing.

“From there, we want to slowly build things out,” he says, “and get feedback from those guys on the build, the scoring system, and how it all works. Then we want to slowly improve that until it’s ready to launch on a larger scale. Eventually, we want to hold competitions in countries all around the world.”

As for the gladiators… there’s already a lot of volunteers, especially from Europa. Getting the chance to test your metal against a worthy opponnent in a safe environment is a rare opportunity.

“We’ve got the historical European martial artists chomping at the bit to take on the various Asian styles, and we can’t wait to see who comes out on top there. We’ll have knife-fighting champions, sword-fighting champions, staff fighters — all those different styles will be able to compete against each other for the first time. What we eventually think will happen is certain styles and certain weapons forms will actually come out on top, but we won’t know that for sure until we start competition.”

So, what do you think about this? Is it technology put to good use? Are we witnessing the birth of a new sport? Or is it simply boys and their toys, trying to revive a barbaric, long gone tradition? What’s your take?