The myths and folklore behind Halloween’s most popular characters

The spooky Halloween is almost upon us, and the monsters are rubbing their hands, waiting to come out and create chaos and mayhem. But even though kids costume themselves and all, a lot has changed since the early days of Samhaim, the pagan festival from which Halloween originated. In ancient Ireland fairies roamed the streets, playing malicious tricks on everybody who dared to walk at night, witches concocted magic evil potions all around the world, and werewolves came out howling from the forests. But what is the truth behind these myths and legends ? We’ve gathered a bunch of myths and stories, and I’m gonna let you decide what the truth is; if you have the courage, that is…

The belief in vampires is as old as man itself, and throughout the years, many cultures have displayed a profound belief in such mythological creatures that feed on the life essence (usually blood) of other beings. Mesopotamians, Egyptians, Romans, even the Greeks – they all believed that when the sun comes down, white skinned phantomatical creatures with long teeth and a thirst for blood come out of their coffins, just waiting to suck the very life out of as much people as possible. Even in the English language, the word “vampire” exists since 1734, but it wasn’t until Bram Stoker’s 1897 novel, Dracula that the archetypal sophisticated vampire was established.

Dracula was believed to come from Transylvania, a region in Romania; he was a member of an ancient order, called the Order of the Dragon, and ruled Wallachia, a neighboring region as Vlad Dracul (Vlad the Devil). It is still not certain exactly why he is believed to be Dracula, but he was extremely cruel and he did have a thirst for blood – maybe in the literal way too.

Other cultures have other vampires, but what’s interesting is that most rituals are actually the same. For example, identifying the coffin of a vampire in a graveyard required walking a virgin stallion through the graveyard; the horse was supposed to balk at the vampire’s tomb. Mirrors are also a good way to discover and ward vampires, because it is commonly believed that they have no reflection. Also, the methods of protection against vampires are pretty much the same: garlic is always good to have around. In some countries, during Halloween, huge piles of garlic are put in every window to prevent unwanted… guests. Staking is the best way to get rid of vampires, that we know of, but it’s also the hardest; vampires are known to be fast and extremely agile, so it’s best to do it during daytime, when they sleep. 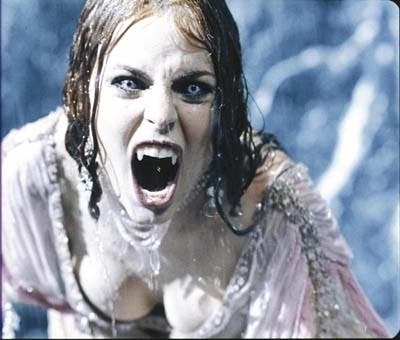 Their favorite hang around places are graveyards and churches, but they can get around pretty much everywhere, and they can blend in perfectly when the sun comes down. You’d best keep an eye out for people with white skin and big teeth. There isn’t a special connection between vampires and Halloween, but if you go to the right places, you are bound to see at least a few. 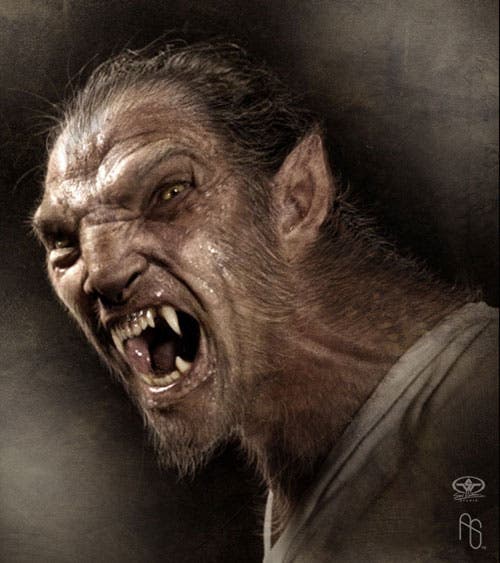 Werewolves are nasty creatures; they were once humans, but now, they periodically or permanently change into antropomorphic animals, most commonly wolves. Lycantropes, as they are also called, become this way after being bitten by another werewolf, or after being placed under a powerful curse. They have the raw power and speed of the wolf, but they also have the intelligence and cunning of the man, which makes them some of the most powerful and feared monsters in the whole world. 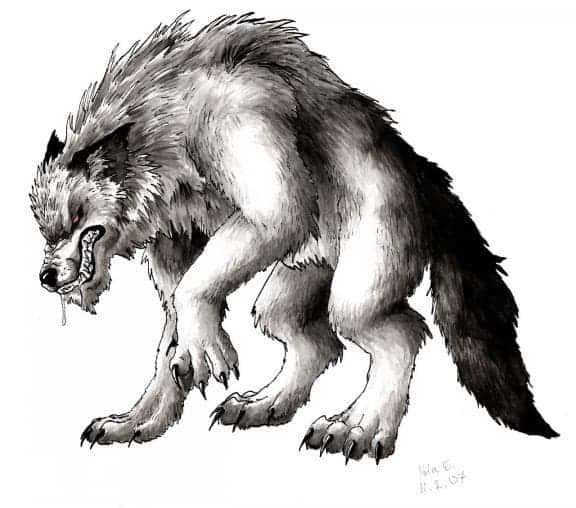 In folklore, one of the most common signs of a werewolf is the joining of the eyebrows above the nose – this is the first sign of lycantropy. They were mentioned numerous times in European and African myths, especially in the huge forests in Russia. They were so feared, that people started to begin they wore the taint of the Devil himself, as writes Richard Verstegan (Restitution of Decayed Intelligence, 1628):

[werewolves] are certayne sorcerers, who having annoynted their bodies with an ointment which they make by the instinct of the devil, and putting on a certayne inchaunted girdle, does not only unto the view of others seem as wolves, but to their own thinking have both the shape and nature of wolves, so long as they wear the said girdle. And they do dispose themselves as very wolves, in worrying and killing, and most of humane creatures. 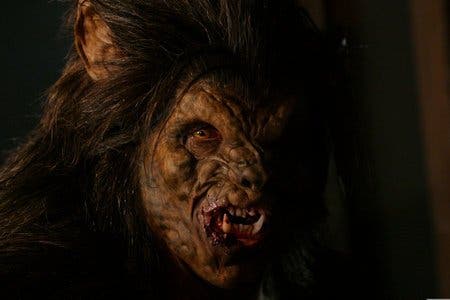 The ancient Greeks wrote some fascinating ideas about werewolves. For example, History’s father, Herodotus wrote that the Neuri, a tribe he places to the north-east of Scythia, were all transformed into wolves once every year for several days, and then changed back to their former shape – a shocking resemblance to other myths. Virgil, one of the most famous Roman poets wrote in a similar fashion. Other reputed people shared stories of werewolves; one of the most shocking was featured in the Satyricon:

“When I look for my buddy I see he’d stripped and piled his clothes by the roadside…He pees in a circle round his clothes and then, just like that, turns into a wolf!…after he turned into a wolf he started howling and then ran off into the woods.”

Werewolves are vulnerable to almost nothing. The only thing known to cause serious damage to them is silver. A silver blade, or a silver bullet will be deadly, but some reports claim that the mere touch of the metal will cause severe burns to the werewolf.

Werewolves like to hand around forests and farms, they cry out like wolves and are drawn by fullmoon. However, Halloween seems to draw them out more than a fullmoon, and at times, they even come out in packs, striking their victims without giving them any hope whatsoever.

Basically speaking, witches are people who practice witchcraft – and they love Halloween more than any other day of the year. Witchcraft was given a really awkward reputation during the dark ages, when Christianity ruled Europe, and when they ruled witchcraft as a criminal offense that should be punished by death. Speaking of it, there was quite a special way in which it was usually determined if somebody (usually women) was a witch. They tied her to some logs and/or rocks, and if she floated, she was a witch and had to die. If she sunk, and died, she wasn’t a witch, and… well, that’s that. 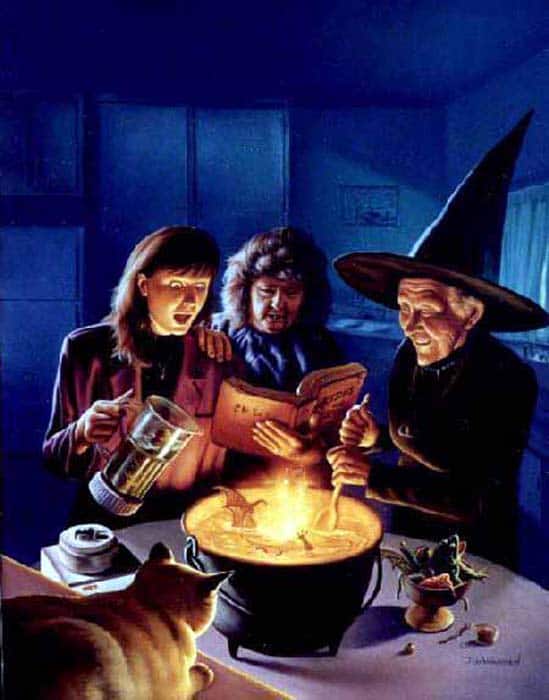 Witchcraft was common absolutely everywhere in the world. You’ve got shamans, voodoo people, warlocks and even necromancers, in one variation or another on every continent in every corner of the world. There are in fact so many types of alleged witches that it is practically impossible to catalogue them all; there are even stories (though not very many) of good witches, that use spells and potions to benefit others. Most however, are malitious at least, or evil at worst. 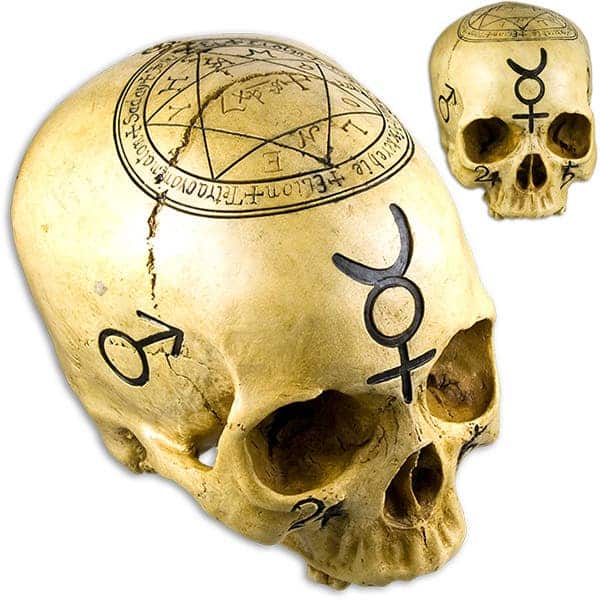 Halloween and witches are connected at every level. At first, Samhain (the celebration that originated Halloween) marks the end of the third and final harvest, but also the time when the Crone goddess mourns the death of the old God. It is the time when all the dead souls return to her cauldron of life and death, awaiting to be reincarnated. It is these souls that make the witches’ powers tenfold in the night of Halloween, so this is why they have very special plans for tonight. The Witches greatest Sabbath is scheduled for Halloween night, and even though you may not see witches that often, that’s because they like to stay hidden, waiting and plotting in the dark, waiting for the day they will finally be able to take their rightful place in the world. 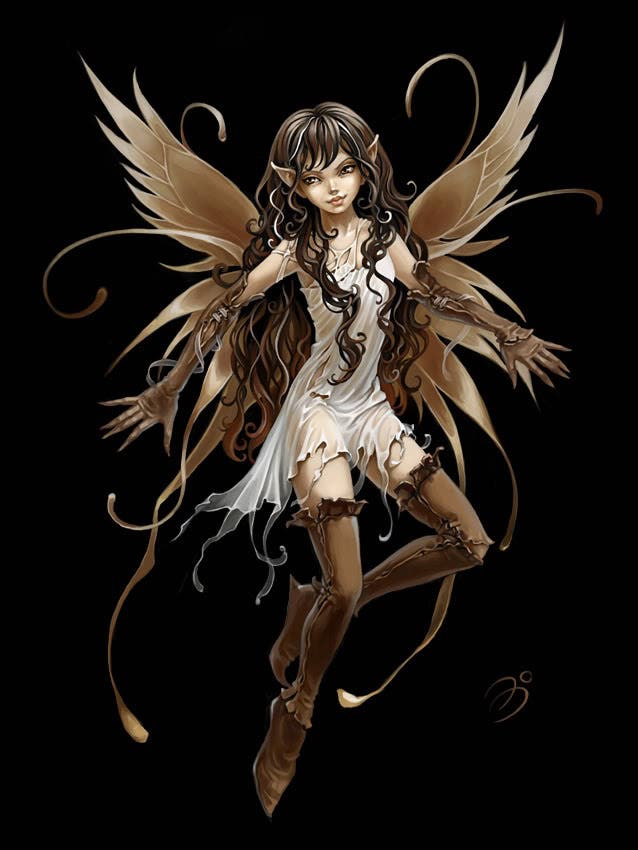 “Fairy” has different etymologies and different meanings in different languages. Despite today’s common belief that fairies are good natured and helpful (a belief largely promoted by Peter Pan), folklore tells us a somewhat different story. Usually, they are some sort of demons or undead beings, while in other stories they are elementals or air spirits. 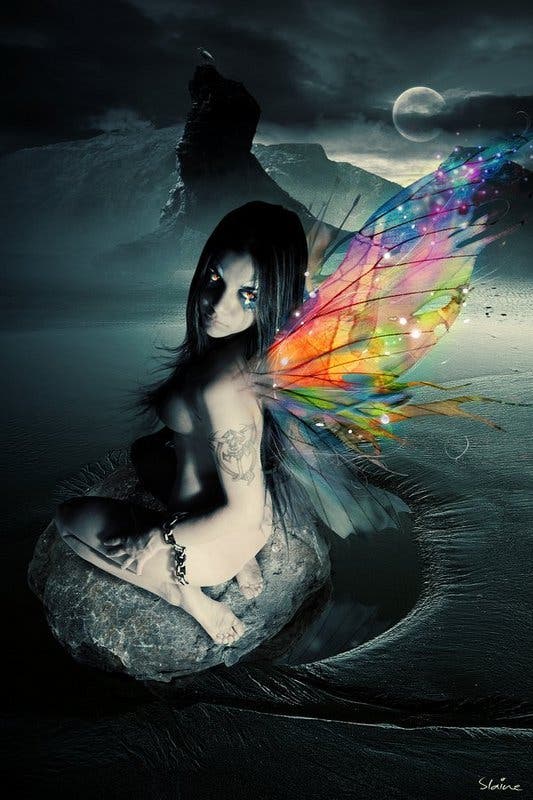 Still, fairies are not evil, but rather malitious. A fairy will never try to throw the world in darkness, but may steal a baby every now and then, but usually they just known for their mischief and malice, playing everyday planks on people. Cold iron is the most common protection against fairies, which could come quite in handy, because in most legends they are not the small benevolent winged beings you might know, but would be rather a large, glowing figure.

As with many other mythological creatures, they are drawn in large numbers on Halloween, so usual light pranks may turn into a big ordeal on Samhain. There is however another belief, that fairies gather on Halloween to protect people from other malevolent spirites, such as witches or goblins. Either way, their intent and wishes are not yet clear, and maybe this Halloween will show us more clearly what fairies are like. 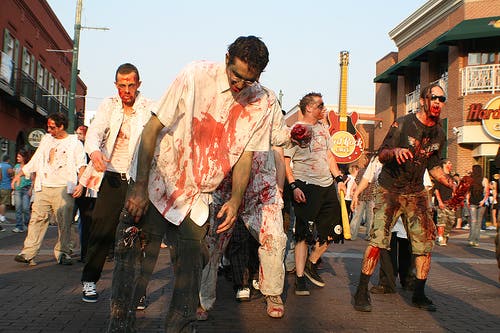 Yeah, we know zombies. They may be slow, but they’re hard to stop, and they’re nasty. Halloween draws out more zombies than ever. It’s not quite clear if they come out because of all the spiritual energy of the day, of they are somehow summoned by witches or other spellcasters, but one thing’s for sure: zombies are the centerpiece of Halloween. 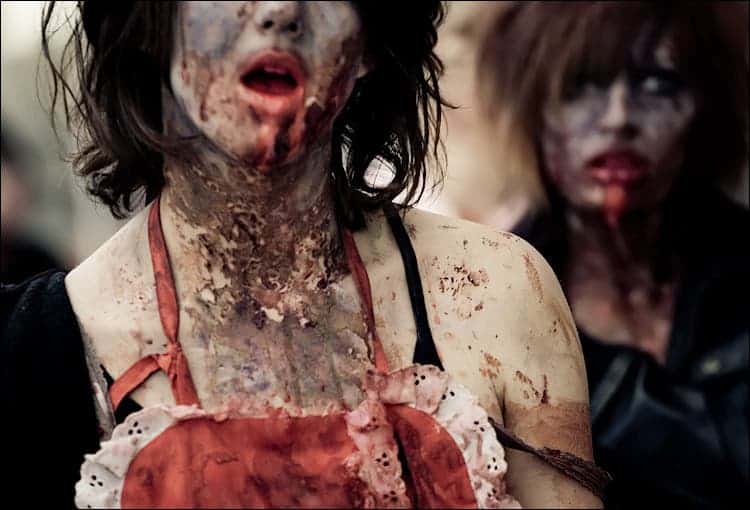 There aren’t many old legends and folklore about zombies, except for Haitian and other cultures that practiced voodoo. There have been many studies regarding the phenomenon, including medical research, the most famous of which was conducted by Wade Davis, a Harvard ethnobotanist, but zombies have gotten a lot of attention in modern culture, and this Halloween we’ll be definitely hearing a lot from them. 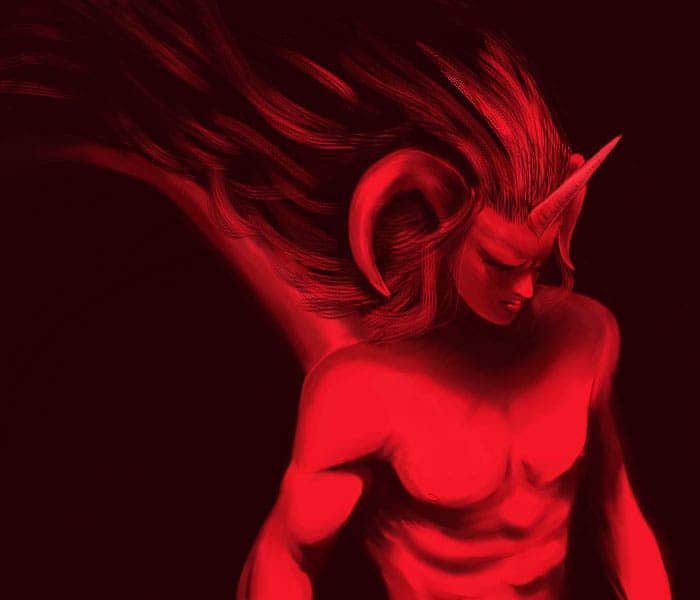 Demons are the top of the piramid when it comes to evil. They are at the core of every evil doing, and are responsible for every major plan concocted by supernatural creatures. Present in every mythology, as well as Christianity or Islamism, demons can rarely enter our plain of existence though.

However, Halloween is the time to be a demon. It is said that during this day, portals open that bound every plain of existance, so demons can enter freely in our world, given the right conditions. These conditions usually have to be fulfilled by lesser evils.

The legends and folklore about demons are so many you can’t fully characterize demons; some say they are fallen angels, some say they are evil powerful spirits, while others claim they are just energy, without a body of their own, waiting for one to possess. Either way, the word around the demon world is that they’re planning something big this Halloween, so best keep an eye out.

[These are just myths and folklore, tied together by figments of my immagination. Hope you had fun reading this post, I definitely did writing it. And have a happy bloody Halloween !]