GeoPictures of the Week: Stunning graphical representations of 2 Paleozoic creatures (Nautiloid and Helicoprion)

While looking for some Nautiloid representations, I came across a graphical rendering contest from earlier this year, organized by the CG Society. The task was simple – starting from a base model, colorize them and make them your own. The results are stunning (these are the winning illustrations, created by Dirk Wachsmuth): 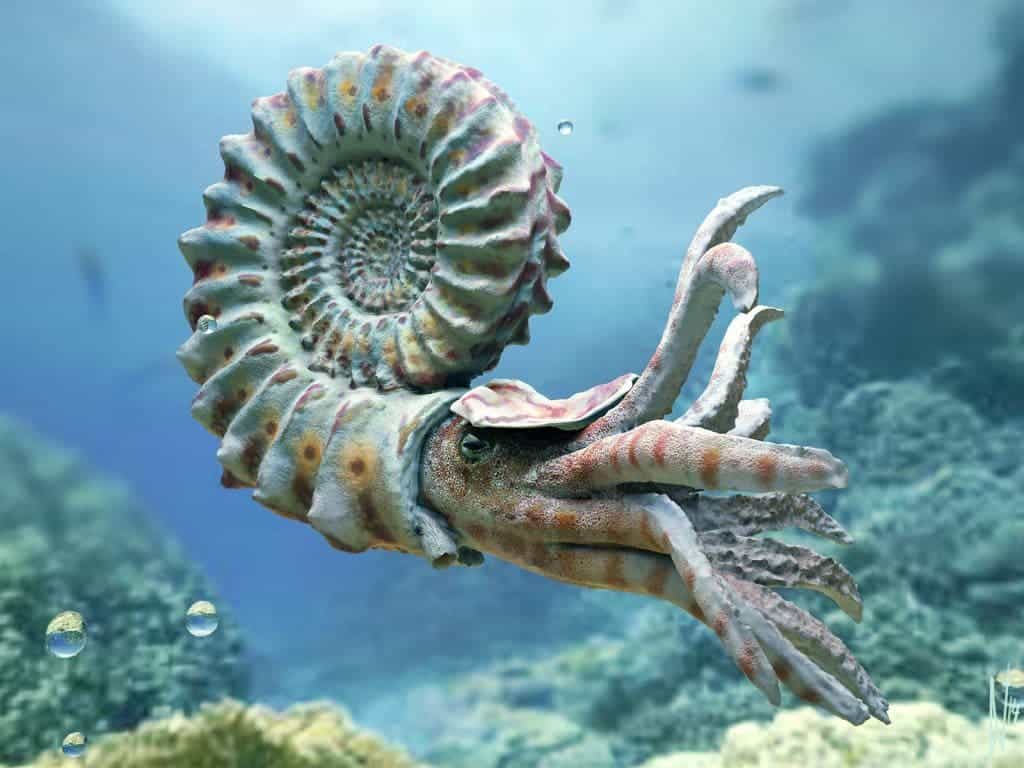 “I would like to see the contestants make the models their own, by that I mean pose them anyway they want, modify the meshes as they see fit, pretty much just have fun! From the fossil evidence these sharks were social and seemed to congregate in large groups, as did the nautiloids. In fact we find hundreds of the nautiloids for every shark, so there were lots of them swimming around back then”, says Jesse Pruitt from the Idaho Virtualization Lab, which provided the models. 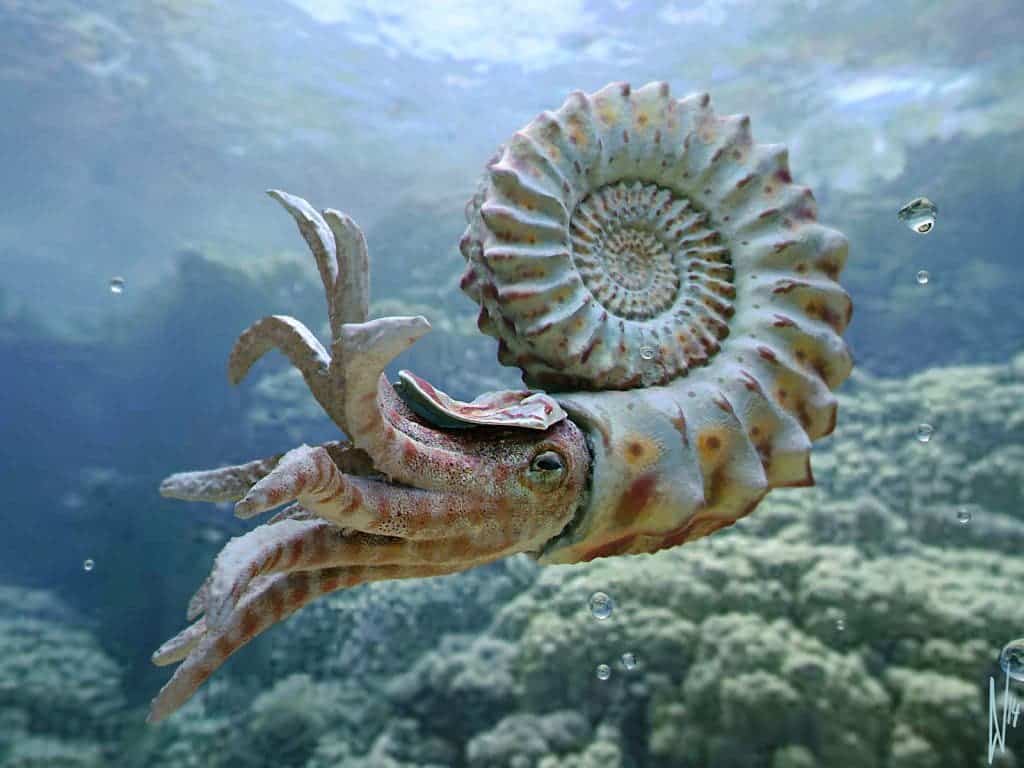 Nautiloids flourished in the late Cambrian, some 500 million years ago. Even today, they are among the most numerous fossils you can find. They swam in the oceanic waters, propelling themselves through jet propulsion, expelling water from an elongated funnel, directing it in different directions to steer. They also had a chambered shell, growing the shell as they themselves grow, always moving to the biggest chamber. 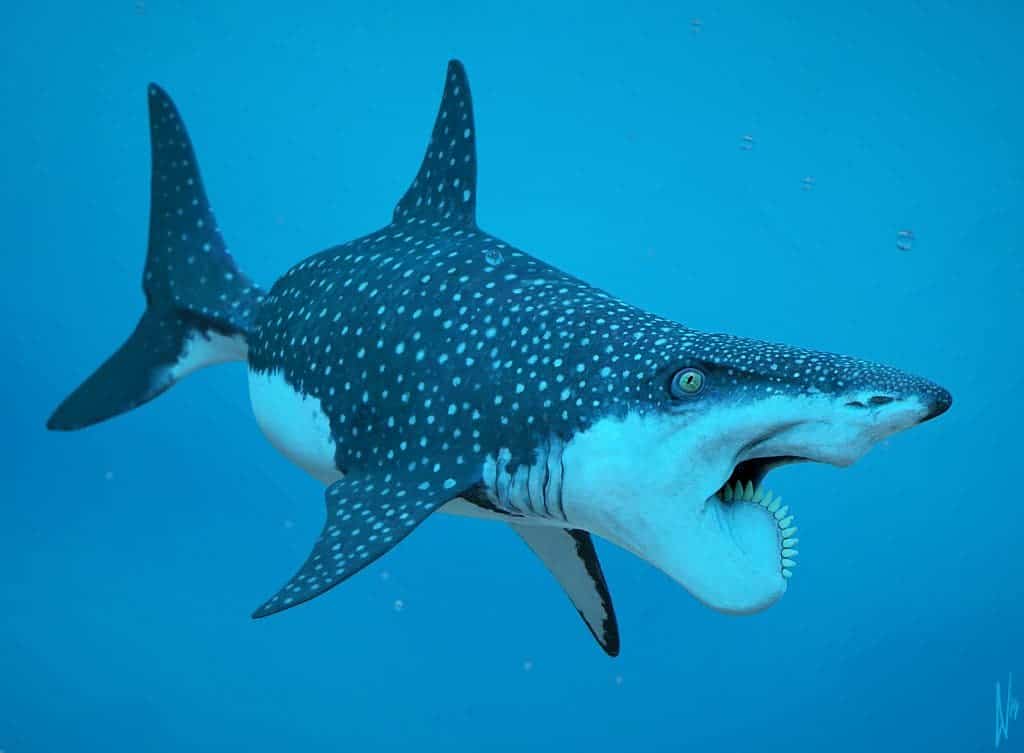 Helicoprion was, by all accounts, a  remarkably threatening presence. Helicoprion first arose in the oceans of the late Carboniferous 310 million years ago, survived the huge Permian–Triassic extinction event, and eventually became extinct during the Early Triassic, 250 million years ago. Its only living relatives are the chimaera, on which we’ve written here. Their most remarkable feature is the lower jaw, which features spirally arranged clusters of the individuals’ teeth, called “tooth whorls.” According to recent studies, each set of new teeth pushes the previous set into the whorl. It’s still not clear what was the purpose or evolutionary advantage of this development, but surviving more than 50 million years and a major extinction is no easy feat – so Helicoprion was probably very good at what it was doing – which was probably swimming around and hunting things. Here’s how a fossil of their teeth looks like: 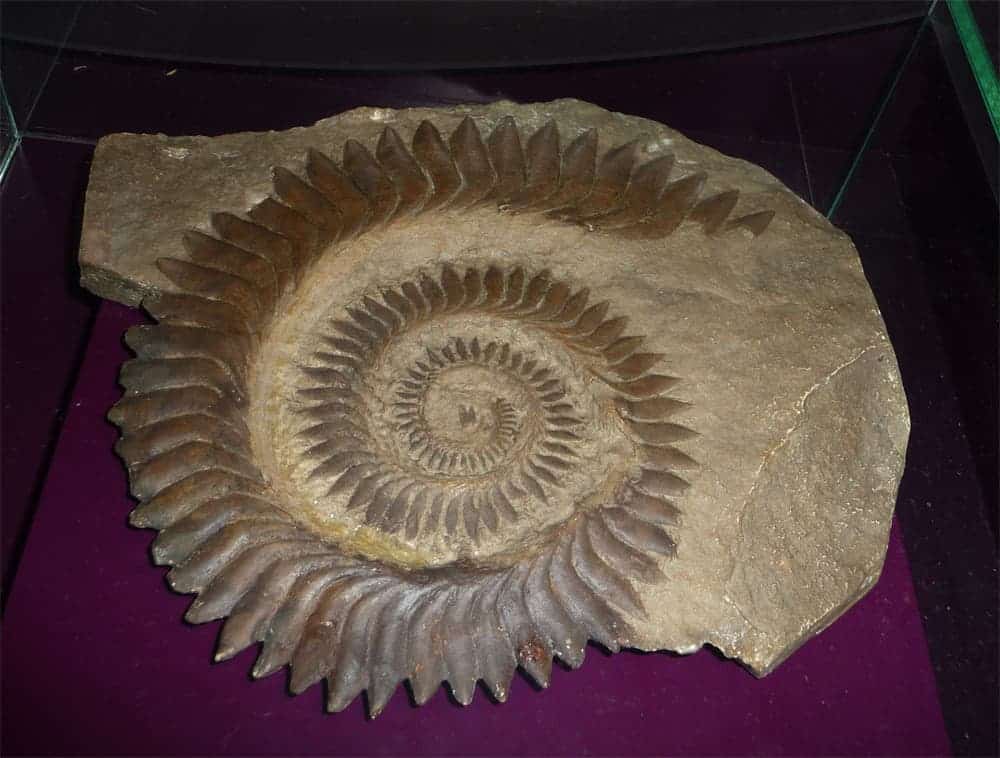