This football stadium in Brazil is located exactly on the Equator

Each team is defending one hemisphere!

You don’t see a big dotted line going through the middle, but this stadium in Brazil is located just on the Equator – so that both teams are defending one hemisphere. 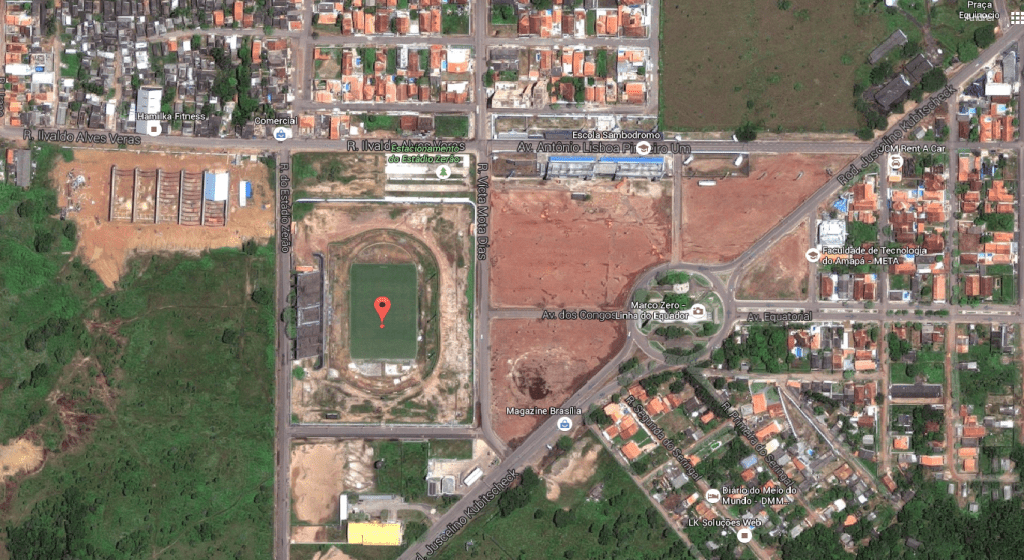 As far as I could find, there wasn’t any master plan to make the stadium exactly on the 0 latitude line, and you can see there was little wiggle room in the neighborhood, but this is one nice coincidence.

The stadium is nicknamed after the neighborhood in which it’s located – Marco Zero. The neighborhood is also known for being located on the Equator… but then again, several parts in Brazil are.