Cheetah gets up-close and personal during safari

Talk about being excited and terrified at the same time – a cheetah climbed atop an SUV and even put its head and paws through the sun roof, albeit with a non-threatening, almost playful attitude.

This encounter occurred during a safari in the African nation of Tanzania. It may not be that scientific, but hey – it’s Monday! Let’s start our week with a little cuteness. 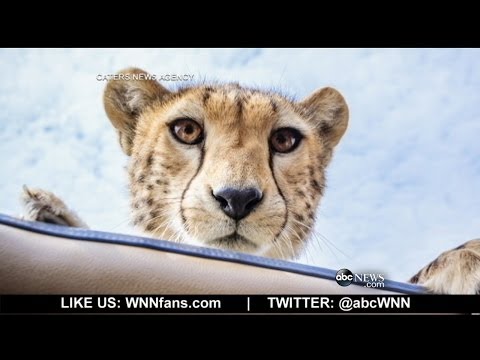 Oh, and just out of curiosity, what would you have done – closed the sun roof, or took the pictures?