Australia plotted by every mapped stream and river… all 1.3 million of them

They say Australia is the Dry Continent, but you wouldn’t guess that based on this image: 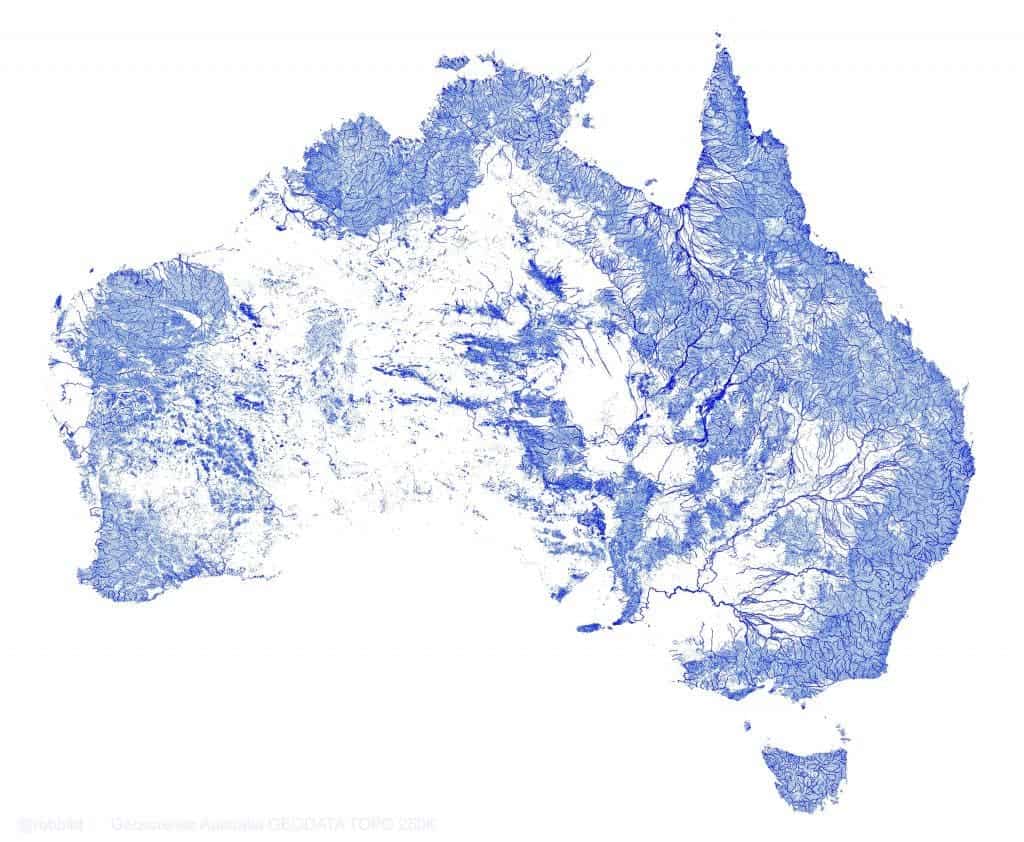 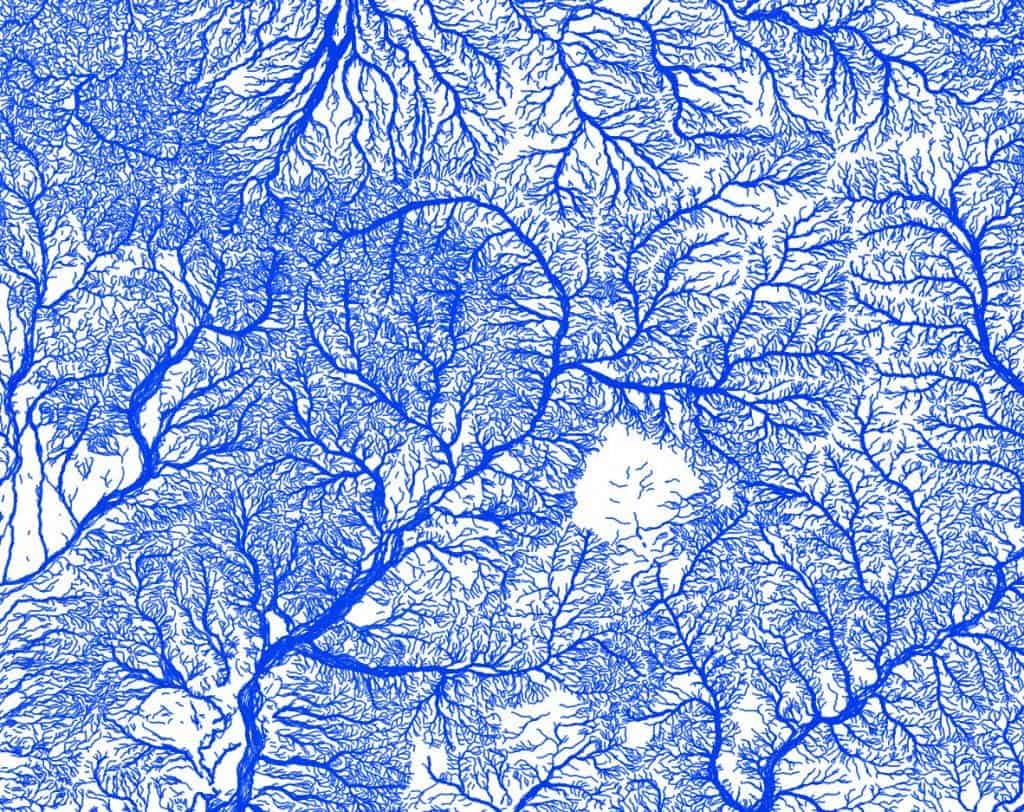 … and the North-east Murray-Darling Basin: 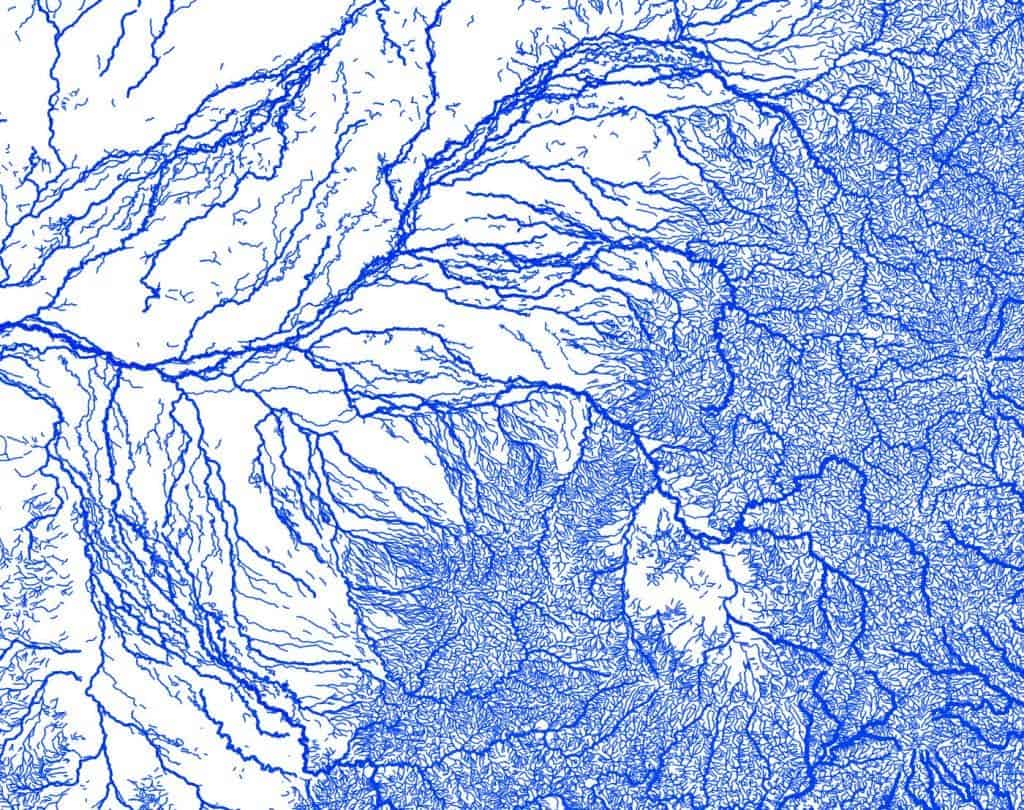 But there’s a catch: not all these rivers are permanent ones

“Many arid-zone rivers and streams in these maps are highly ephemeral, and may only flow once every few years or even decades. Streams are weighted by both ephemerality (perennial or non-perennial) and hierarchy (minor or major), with the highest weighting for major perennial rivers (i.e. Murray River),” the agency writes.

The map without the ephemeral rivers does indeed look much more barren, and I’m almost wondering if there’s something missing from this map. 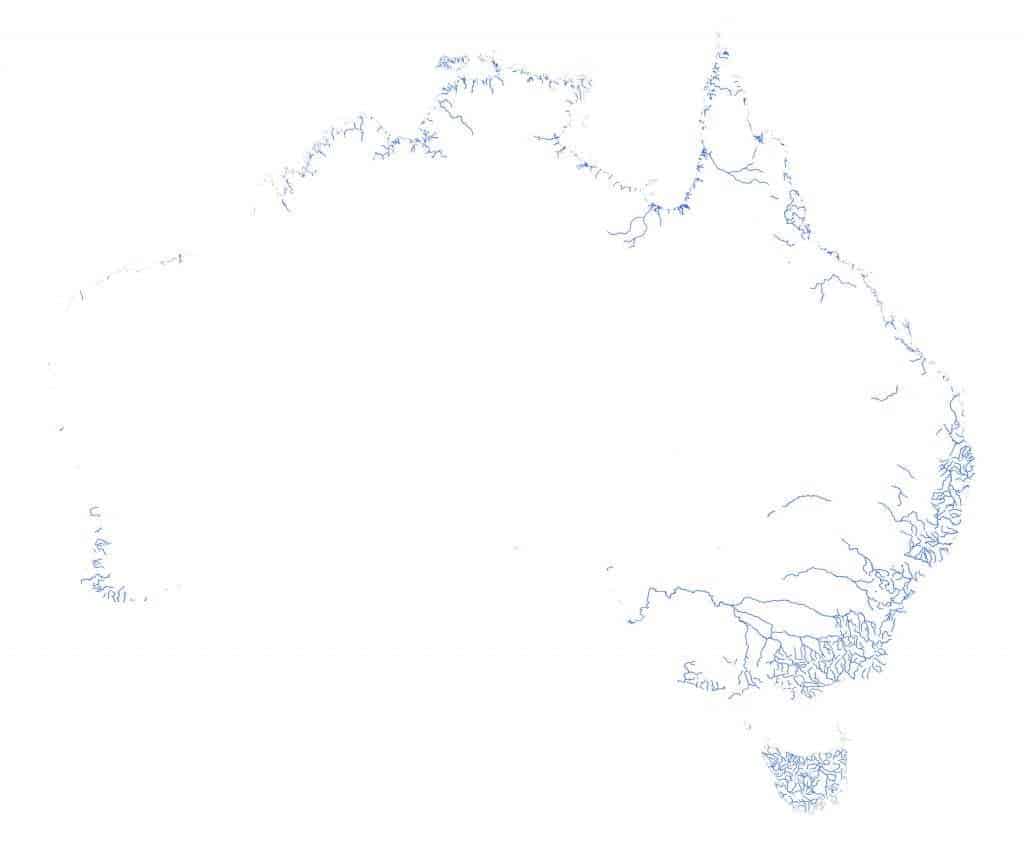