AstroPicture of the Day: The First Space Selfie, 1966 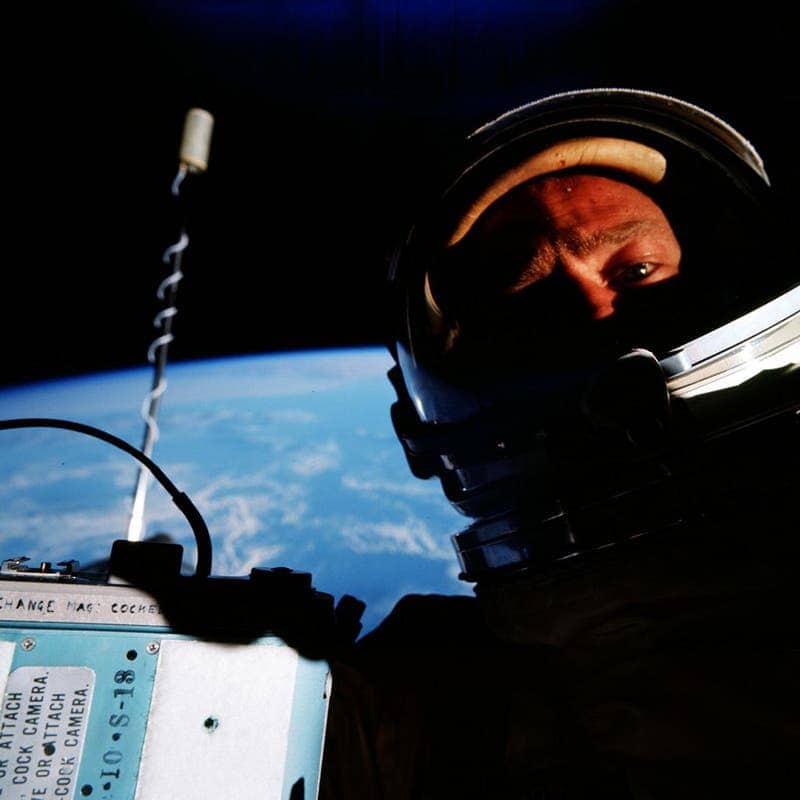 In a tweet last month, astronaut Buzz Aldrin informed us that he was the first to ever take a selfie – in outer space. The mission took place from November 11 and lasted 3 days, 22 hours and 34 minutes. The two-man crew included Aldrin and James Lovell Jr. That was Aldrin’s first space flight. Years after, both he and Lovell would be part of the first mission to the Moon, alongside Neil Armstrong, on 21 July 1969.

So remember kids, selfies are really cool in outer space; on Earth… that’s a different story.