This mind-blowing HD animation was shot by ESA astronaut Alexander Gerst orbiting Earth on the International Space Station. The montage is actually a long sequence of still photographs taken at a resolution of 4256 x 2832 pixels at a rate of one every second. The film runs 25 times faster than reality did for the astronauts.

Alexander Gerst is a member of the International Space Station Expedition 40 crew. What’s interesting is that unlike most astronauts, he is actually a geophysicist, studying earth sciences in Karlsruhe, Germany, and Wellington, New Zealand. He received his PhD in Hamburg, Germany in 2010, with a dissertation on volcanic eruption dynamics. In his spare time, he enjoys mountaineering, diving and climbing. He is part of the 40th mission on the ISS, where he will spend 5 and a half months. He is the living proof that going down to earth can sometimes take you to the stars. 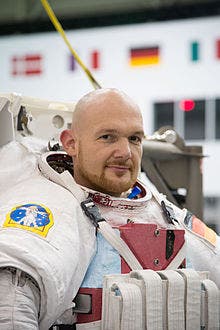