These mind boggling artifacts will change the way you understand China

We, the Westerners, often tend to underestimate Eastern culture. Throughout history, Chinese culture has rivaled and many times surpassed western culture. You may very well be familiar with some of their achievements (for example papermaking, compass, gunpowder, printing, and many others) but these unusual artifacts will definitely change what you thought about the Chinese:

This is a picture of Ming Xuanzong, a Ming Dynasty emperor (15th-16th century) having fun. Guess what he’s doing? Look closely: he’s playing golf. Chuiwan, as it was called, is a game that greatly resembles golf, and it’s been played in China for over a millennium – so technically, we should be saying that golf resembles Chuiwan. A man called Wei Tai wrote a book before 1100, noting down the rules of the game and describing how a southern Tang official teaches his daughter how to dig goals in the ground and drive a ball into them. 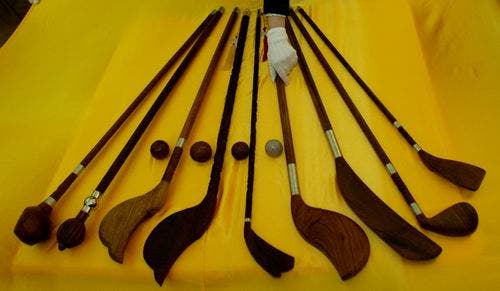 These are reconstructions made after the excavated clubs, and again, the similarity to golf is shocking. The clubs had to be reconstructed because being made of wood, they don’t last a long time. There’s no definitive evidence that golf actually evolved from Chuiwan though there is some evidence to suggest that;  this could be just a case of “parallel evolution” but still… how does this make you feel about high-end golf clubhouses now? 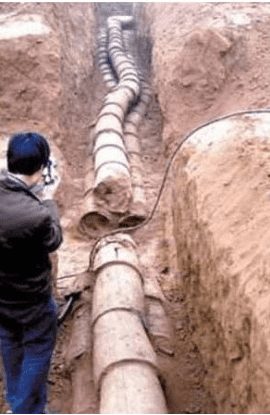 That’s right, they built underground water pipes for sewage – in 230 BC! This particular construction dates from 2400 years ago, during the Qin dynasty, and was excavated Xijiao, Xi’an. But that’s pretty deteriorated – here’s a ceramic, older, intact ceramic drainage pipe, excavated  at the Yin ruins (1600-1046 BC). 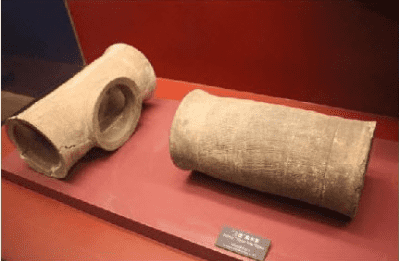 You can see this one, and similar other pieces at the Anyang Yinxu Museum. 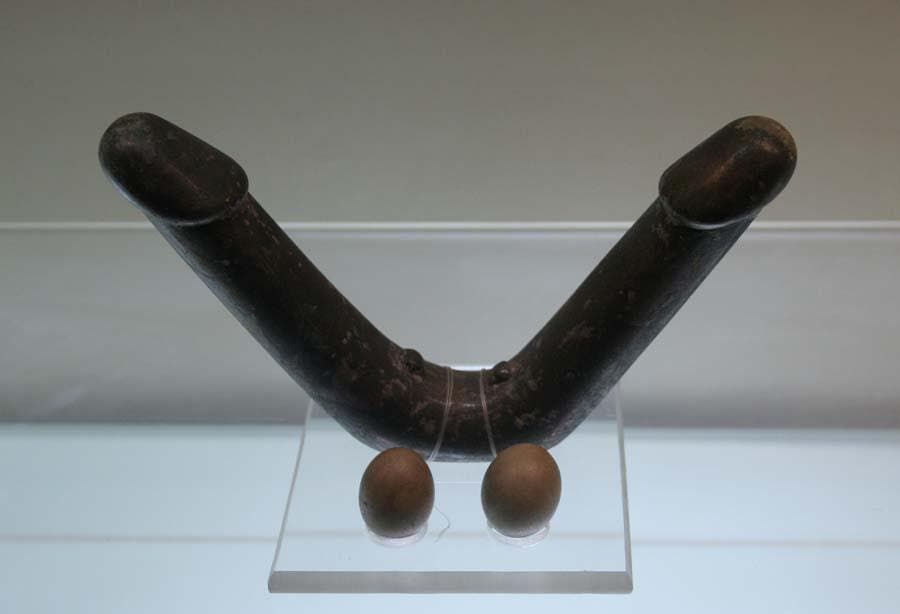 Why would the Prince Liu Sheng ask to be buried with this? I’ll give you a hint: he was unofficially called the Licentious Prince of Zhongshan, and was known for his many concubines and his… let’s call he loved the pleasures of the flesh. Judging by the utilitarian design and lack of decorations, archaeologists believe the use of this double ended bronze instrument was functional – one could only guess what function it served. 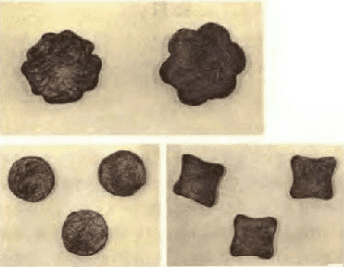 The Song Dynasty controlled China proper and southern China from the middle of the 10th century into the last quarter of the 13th century. They are considered a high point of classical Chinese innovation in science and technology – but they also liked their fashion and hygiene. You may not tell from the picture, but those are in fact make-up powder, which the ladies (and arguably, some men) used to powder their faces, adding fragrance and color. They also used lipstick and blush. 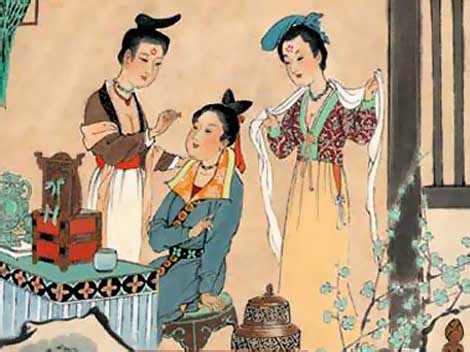 Make-up in China however, goes a much longer way back. In ancient China, especially in the Tang Dynasty (AD 618—AD 907), there were seven steps in cosmetic makeup for the belles: powder base, applying color to the face, eye-brow darkening, applying “forehead gold” or “floral twinkle/gold”, painting the dimples, decorating the cheeks and applying lip color.

However, lipstick dates even way before that – archaeologists have shown that reddening the lips has been done for at least 5.000 years, and was probably associated with religious events. 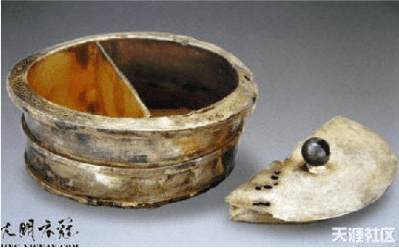 While it took a lot to convince Europeans that washing is good for you (it was generally viewed as dangerous and discarded as a “savage practice”), Chinese were doing it for a long time. This is a soap box – one side for soap, one side for oil; it was found in the Ming tombs. You use the soap to wash yourself, and then the oil to moisturize your skin – Chinese women took skin care very seriously. 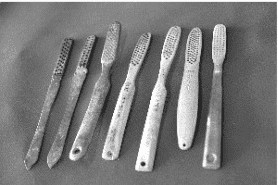 These are toothbrushes. Made from bone, these toothbrushes were also dated in the Early Han dynasty, somewhere between 200BC and the year 0. It is said that some pretentious noblemen used to brush their teeth with jade toothbrushes, but no such thing has been found yet. 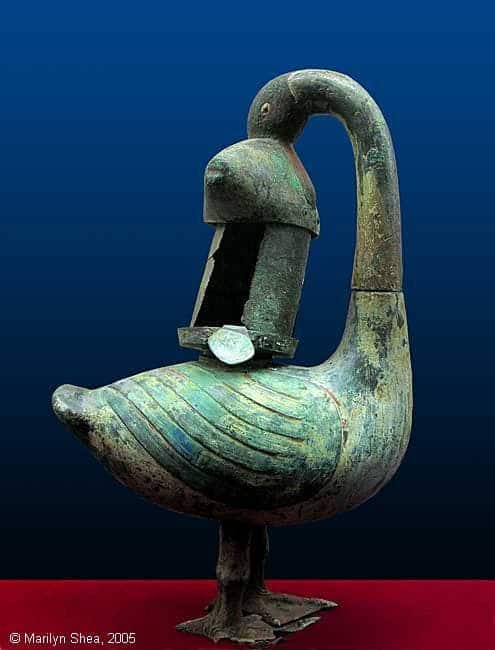 This is an energy efficient and smokeless goose bronze lamp from the Han dynasty, dated more than 2.000 years ago. To be perfectly fair, bronze lamps weren’t that uncommon in that period, so what makes this one so special? Well, its design makes it special. It may look nice and all, but it also serves a functional purpose: the “belly” of the goose has water which filters out the smoke – hence, a smokeless lamp! 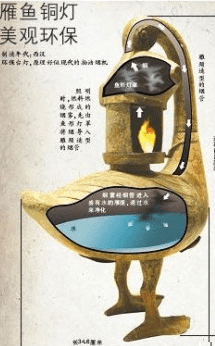 You may thing there’s something wrong with this image – why are there two people on top of the wagon? Well, those are not real people, and the contraption is actually an odometer – an instrument that indicates distance traveled by a vehicle. Every 500 meters (1640 ft), the two “people” would hit the drum once, so that the people would know how much they have traveled.

This is arguably the first odometer in human history, and was built by Zhang Heng, a remarkable polymath, with achievements in astronomy, mathematics, cartography, poetry, education, and more. He invented the world’s first seismometer, which discerned the cardinal direction of an earthquake 500 km (310 mi) away and about 2,500 stars in his extensive star catalog. By the 3rd century, the Chinese had termed the device the ji li gu che, or “li-recording drum carriage” (the modern measurement of li = 500 m).

If you think Chinese women stopped at a little blush and some lipstick – boy are you wrong! Fashion was the thing in ancient China, as this small statue from the Tang dynasty shows. Purses and handbags were hip, and they came in different sizes, shapes, and designs. If you wanted to be a part of the high society in the Tang dynasty – you really needed a purse! 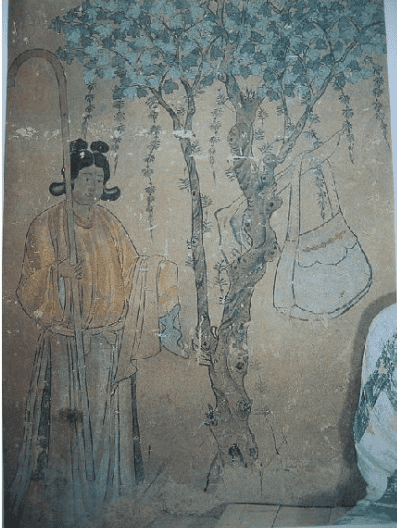