With all the information floating around on the internet, it's sometimes hard to figure out if something is real or not. These are some of those things - real, but crazy enough to make you go "what?!".

With all the information floating around on the internet, it’s sometimes hard to figure out if something is real or not. These are some of those things – real, but crazy enough to make you go “what?!”.

The Earth has an “electromagnetic heartbeat”

The Schumann Resonances are global electromagnetic resonances, believed to be generated by lightning discharges between the Earth’s surface and the ionosphere. That’s right, our planet has a heartbeat – it’s just an electromagnetic heartbeat, that peaks at 14.3, 20.8, 27.3 and 33.8 Hz.

The phenomenon was predicted mathematically by physicist Winfried Otto Schumann in 1952 and since confirmed by observations. Recently, C/NOFS, a satellite of the US Air Force carrying NASA’s Vector Electric Field Equipment has detected these waves at ranges of 400-800 km in space.

The sun is actually white 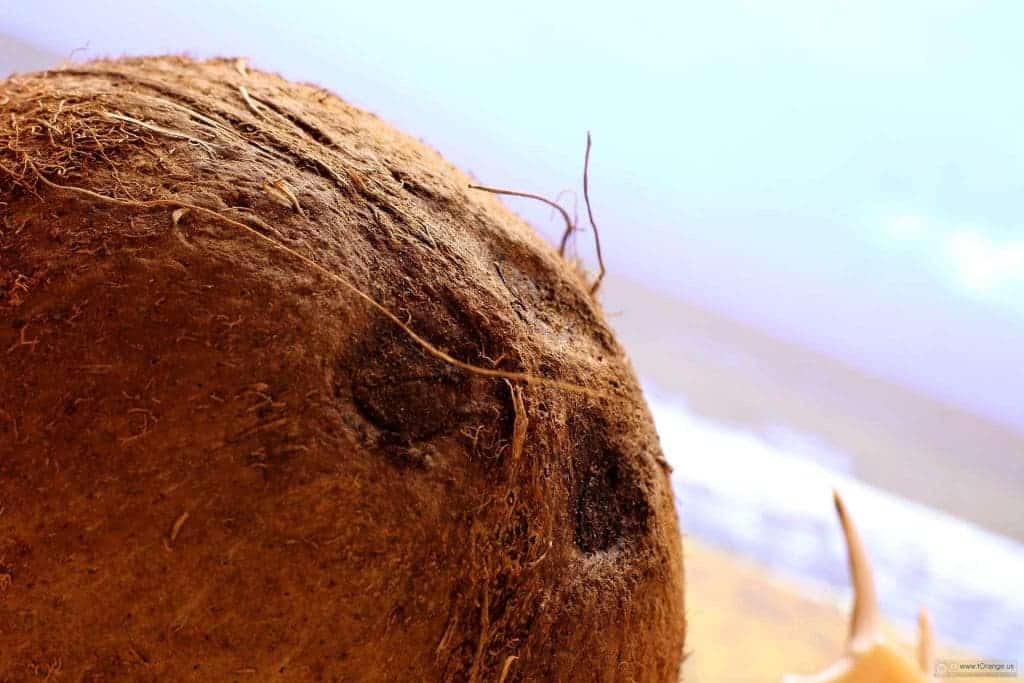 As a portable source of food, water, fuel, and construction materials, the coconut played a vital role in human migrations and the development of civilization across the humid tropics. However, we’ve been growing them for so long that a thorough study in 2011 failed to identify the genetic origins of the coconuts.

The tallest mountain on Earth is not Mount Everest

Sure, Everest is the highest point on Earth above sea level, but the Mauna Kea volcano in Hawaii is over 10,000 m (33,000 ft) tall, significantly taller than Mount Everest. However, most of it is underwater – it peaks only 4,205 m (13,796 ft) above sea level. Things get even more interesting if we consider absolute height from the center of the Earth.

The Earth is not a perfect sphere, and as a result, although Mount Chimborazo in Ecuador is “just” 6,268 m (20,564 ft.) above sea level, it is farther away from the center of the Earth than both Everest and Mauna Kea – so technically, it is higher than Everest by approximately 2.4 km.

The Kola Superdeep Borehole is deeper than the Mariana Trench 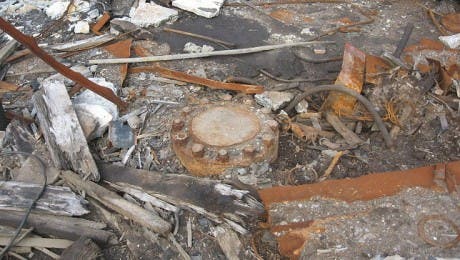 The Mariana Trench is still the deepest natural point in the world, but the Kola Superdeep Borehole, a scientific drilling project of the Soviet Union in the Pechengsky District, on the Kola Peninsula outdid it by almost 2 km (12,262 meters vs 10,971). Now, hidden beneath this rusty cap is the world’s deepest hole – a 12 kilometer (7.4 mile) hole.

Large pterosaurs could have flown for 10,000 miles

Quetzalcoatlus northropi, a giant pterosaur that lived in what is now Texas 70 million years ago is thought to be the largest flying creature that ever lived, weighing more than 400 pounds (200 kilograms). As if that wasn’t impressive enough, researchers now believe that Quetzalcoatlus flew for 10,000 miles in one go.

“The lowest range estimates were about 5,000 miles (8,000 kilometers), while the highest were around 20,000 miles (32,000 kilometers),” said Michael Habib, a paleontologist at Chatham University in Pittsburgh. “In the middle range, where all the numbers lined up and I had high confidence, you get about 10,000 miles.”

There are 8 million lightning strikes every day

Lightning is amazing as it is, reaching temperatures up to 10,000 degrees Celsius (18,000 degrees Fahrenheit), but when you consider that 8 million lightnings strike the Earth on any average day, it’s absolutely mind blowing.

Some leftover stars spin hundreds of time a second

Pulsars are highly magnetized, rotating neutron stars that can have a rotational period and emit an electromagnetic radiation like an electromagnetic lighthouse, allowing us to “see” how fast it’s spinning. The first millisecond pulsar, PSR B1937+21, was discovered in 1982 and it spins 641 times per second – it’s still the second fastest pulsar we know of. So how does something as massive as a star spin so far?

It takes a very specific chain of events to form a pulsar; it starts when the core of a massive star is compressed during a supernova, and then collapses into a neutron star. The neutron star maintains its angular momentum, but because it loses most of its mass, it spins much, much faster. Certain types of pulsars rival atomic clocks in their accuracy in keeping time, being very useful tools for studying extraterrestrial environments.

Some 2.4 billion years ago, cyanobacteria, which appeared about 200 million years earlier, began producing oxygen by photosynthesis. Before this, any free oxygen they produced was chemically captured by dissolved iron or organic matter. However, they produced too much oxygen and this sink filled, leaving the world to cope with more and more oxygen.

Free oxygen is toxic to obligate anaerobic organisms, and the rising concentrations may have wiped out most of the Earth’s anaerobic inhabitants at the time which means that cyanobacteria were indirectly guilty of one of the largest extinctions in history. Eventually, aerobic organisms began to evolve, consuming oxygen and bringing about an equilibrium, and the produced oxygen was vital for the emergence of other species. Speaking of oxygen…

Phytoplankton is growing below Arctic sea-ice sheets in massive blooms

Scientists have called it “as dramatic and unexpected as finding a rainforest in the middle of a desert” — phytoplankton need light to survive, and yet it is growing massively beneath the Arctic ice sheets. Arctic ice used to block light from coming in, but due to global warming, more ice melts during the summer, but some of it freezes back in the winter. This new ice acts like a magnifying glass for light, encouraging the growth of plankton.

“If someone had asked me before the expedition whether we would see under-ice blooms, I would have told them it was impossible,” said Kevin Arrigo of Stanford University in Stanford, Calif., leader of the ICESCAPE mission and lead author of the new study. “This discovery was a complete surprise.” 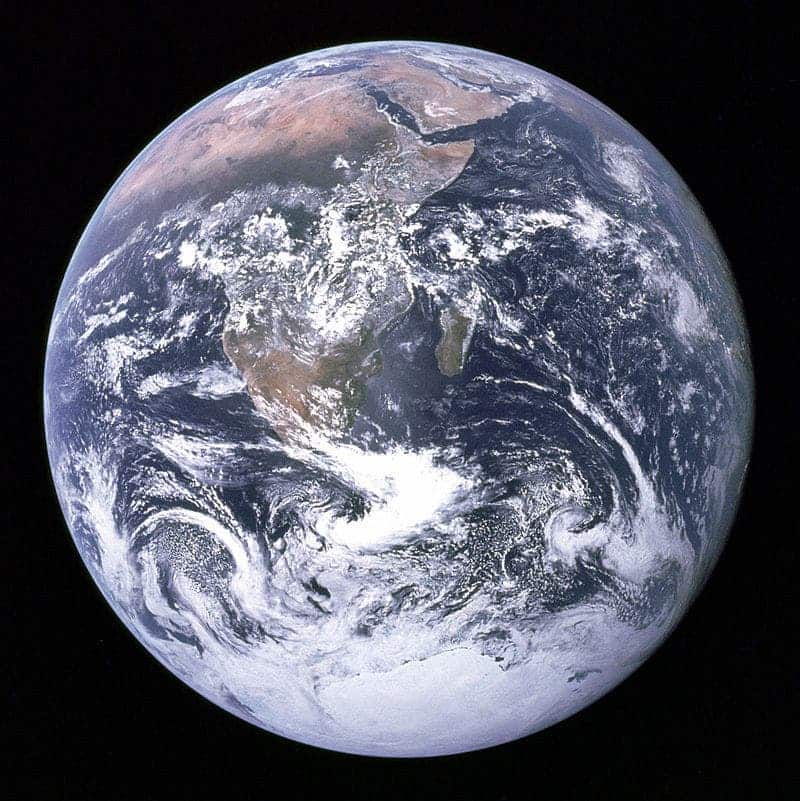 It’s a strange thing, actually. All the planets are named after a god, except for Earth. This name comes from a variety of Middle English forms, which them themselves originated from an Old English noun most often spelled eorðe. The Latin name for our planet is Terra, but that name is being used less and less in common language. We have no information on how these names emerged and what made them stick.

BONUS: We may have started a conversation with aliens

In 2008, astronomers sent out a high-powered digital radio signal towards Gliese 581 c, a large terrestrial extrasolar planet orbiting the red dwarf star Gliese 581. Gliese 581 c gained interest from astronomers because it was reported to be the first potentially Earth-like planet in the habitable zone of its star and excited by these discoveries, they sent out a signal that will reach the planet in early 2029.

The team sent 501 text messages, photographs and drawings in the digital time capsule. The message included images of notable landmarks, such as the London Eye and Edinburgh Castle, and of famous people. In astronomical terms, Gliese 581 c is close to Earth, at only 20 light years away, but recent studies have cast some doubt on its habitability.