The Bangkok’s New World Mall is one of the most dystopian places on Earth – initially 11 stories high, now the building can only boast 4, and it has no roof. A population of fish thrived in the post-apocalyptic setting, but now, with the building being set for demolition, the fish are finally going to be set free.

An estimated 3,000 fish exist in the abandoned mall, and as strange as it may seem, they were actually brought their with a purpose – to keep the mosquito population under control. But how did the mall become abandoned in the first place?

Back in the 80s, it was actually one of the most important malls in the country, but things went downhill in a few years, and the mall was shut down in 1997 when judges decided that 7 out of the 11 stories were built illegally – so they had to be demolished. The 4 remaining stories remained, but without a roof, and the mall was completely abandoned. To make things even worse, the whole thing went ablaze in 1999, and in 2004, one person was killed from collapsing debris.

Of course, without a roof, water started gathering in the mall, and with the still water, mosquitoes also came. The local vendors became annoyed and worried about the mosquito population, so they released some fish into the water to keep the mosquitoes under control.

In no time, a population of carp, tilapia, catfish, and koi fish was enjoying the former mall; it’s estimated that now, there are over 3,000 fish in the building. The fish were pretty good at keeping the mosquitoes under control, and they also had another side effect: they attracted thousands of tourists or curious visitors who wanted to see and photograph the building’s decay. Although entering the former shopping center is illegal, tourists still flock the mall. 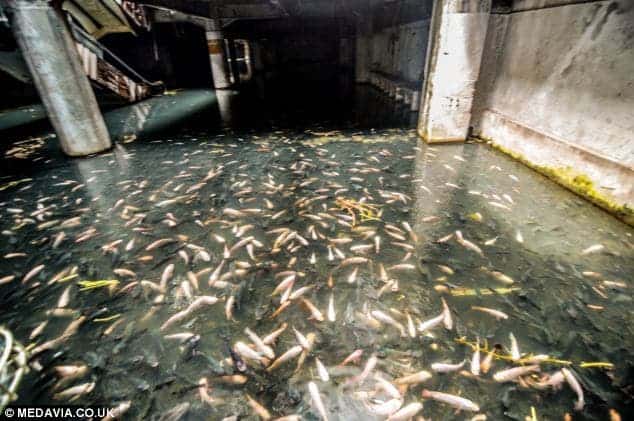 Now, the water will be drained from the abandoned structure after all the fish are gone, but government officials won’t be giving New World a new roof. The good thing is that the fish will go free. While in a natural environment they won’t have the easy life they had in the mall, it is, still, a life. 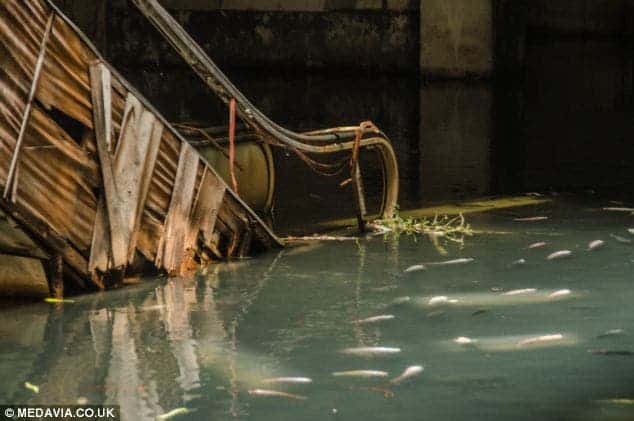 Meanwhile, the Bangkok Metropolitan Administration (BMA) is demanding the mall’s owner to pay over $300,000 to demolish the 11-story structure. But the fish will go free – to me, that’s the good thing.