100 years past: remembering the Passenger Pigeon

It’s been over a hundred years since one of the most emblematic animal species in human history went extinct. Passenger pigeons numbered in the billions (literally), and yet humanity managed to bring them all down; on September 1st, 1914, scientists duly noted the disappearance of the species. It came as a shock (and a warning) that such an animal can go from massive population to zero so quickly.

But the legacy of the Passenger pigeon is even more striking. 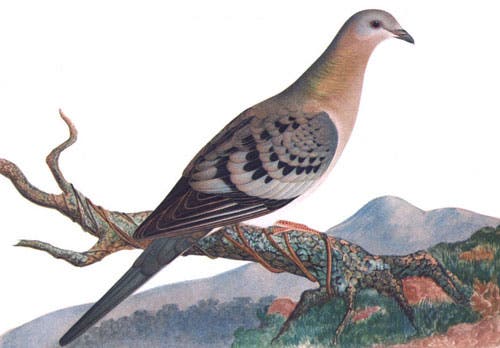 The common name “Passenger Pigeon” derives from the French word passager, which means “to pass by” in a fleeting manner. They clouded North American skies during the 1800s with flocks boasting millions of birds, and it sometimes took several hours for them to pass overhead — with their flocks measuring hundreds of kilometers. This is extremely interesting, because unlike birds today, which create many flocks over a given range, passenger pigeons grouped up in several extremely large flocks.

“They were very unique in terms of any bird that we see today,” Kevin Johnson, an ornithologist at the Illinois Natural History Survey of the University of Illinois, said. “There really is no equivalent to the passenger pigeon.”

The birds were migratory, and their movements were not only seasonal, but they also moved in whatever location was most productive and suitable for breeding. They lived mostly in North America, occupying most of the lands east of the Rocky Mountains. Passenger pigeons mostly relied on their numbers to defend against natural predators, and they never really developed any more sophisticated defense mechanisms. Given the enormity of the flocks, it can be argued that people didn’t notice the flocks they decimated were among only a handful that existed across the continent. But this was the beginning of a disaster. 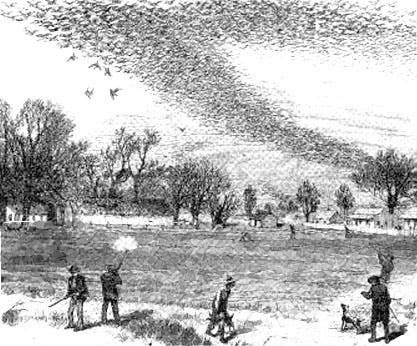 As humans hunted more and more of them — tens of thousands each year — their numbers dropped, leaving them more vulnerable to natural predators, which dwindled their numbers even more. By the mid-1800s, railroads brought hunters even closer to the birds’ breeding grounds in the northern U.S., after which things spiraled out of control. By 1870 it was clear that their populations were dropping in huge numbers, but hunting continued.

The highway to extinction

As mentioned above, passenger pigeons relied on their huge flock numbers to survive; and humans not only hunted them intensively throughout the entire US, but they also destroyed their nests. It can’t be argued that Americans weren’t familiar with extinction — that concept was pretty well understood at the time, and the case of the Dodo birds going extinct in 1600 was thoroughly studied.

“[That was] the first time people became aware that you could have this super abundant bird that everyone knew about, and that people could actually cause their extinction,” Johnson said. “I guess that raised public awareness that humans can cause the extinction of animals on a scale that hadn’t really been done before.”

It was also their large flocks which, while keeping them safe from other animals, made them even more vulnerable to human hunters. Low-flying pigeons could be killed by sticks or stones, and this happened a lot. As the flocks dwindled in size, populations decreased below the threshold necessary to propagate the species. Naturalist Paul R. Ehrlich wrote that this extinction “illustrates a very important principle of conservation biology: it is not always necessary to kill the last pair of a species to force it to extinction.” 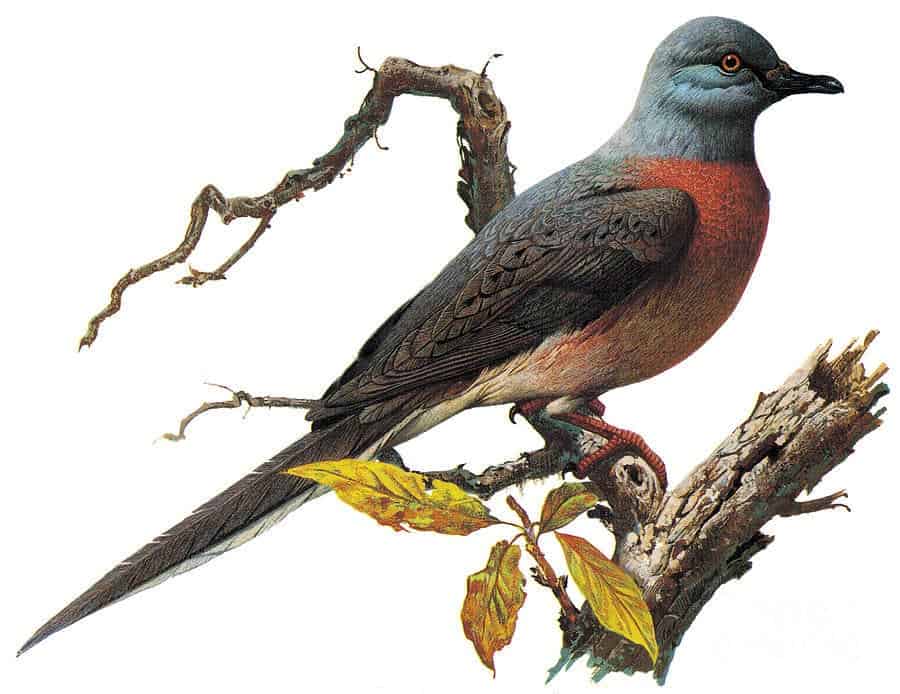 People weren’t oblivious to this happening, and many conservationists tried their best to protect them. In 1857, a bill was brought forth to the Ohio State Legislature seeking protection for the Passenger Pigeon. A Select Committee of the Senate filed a report stating:

“The passenger pigeon needs no protection. Wonderfully prolific, having the vast forests of the North as its breeding grounds, traveling hundreds of miles in search of food, it is here today and elsewhere tomorrow, and no ordinary destruction can lessen them, or be missed from the myriads that are yearly produced.”

“Wonderfully prolific, having the vast forests of the North as its breeding grounds”, the species effectively went extinct 40 years after that, with some specimens surviving only in zoos.

Conservationists in Michigan were a bit more successful, and a law was passed in making it illegal to net pigeons within two miles (3 km) of a nesting area — but it was never really enforced. The last fully authenticated record of a wild bird was near Sargents, Pike County, Ohio, on March 22: a bird was killed by a boy named Press Clay Southworth with a BB gun.

A saddening and telling end to a species which, in less than a century, was brought from billions to extinction.

The sad legacy of an emblematic species

I have never seen a living passenger pigeon, and I probably never will, unless they are cloned — odds are, you didn’t either unless you’re over 100 years old — but the memory of this extinction still burns in the minds of biologists and conservationists, with a burning question: Are we doing this, even today, to other species? Are we unable, or unwilling, to learn from our mistakes? The answer is again, sadly, yes.

The Migratory Bird Treaty Act was established in 1918 to protect flocks of certain migratory birds from hunters without permits; this was the first in a string of legal movements to protect animals from human activities that ultimately led to the establishment the Endangered Species Act in 1973 – a truly monumental act. But this is nowhere near enough.

We are heading towards a mass extinction (read: causing one), and some claim that we are already there. But while Great Extinctions have happened several times in the past 500 million years (note the timeframe), this one is different: it’s not natural, but rather man-made, and it’s happening extremely fast, much faster than all the others. If we keep on living the way we have until now, then we will be creating a disaster of unfathomable proportions — one which will have effects we cannot possibly comprehend now — and one that will be irreversible. 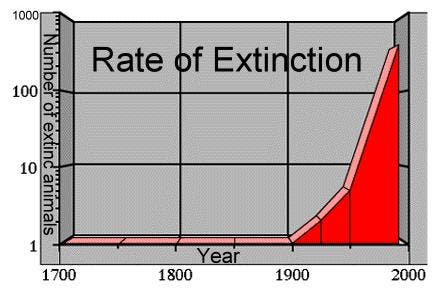 Many biologists believe that the current extinction rate may be 10,000 times the background extinction rate, but Stuart Pimm, an American-British biologist and theoretical ecologist claims that “the current rate of species extinction is about 100 times the natural rate” for plants. Either way, that’s well enough to be in the “mass extinction” area. If the passenger pigeon wasn’t safe, how could any species really claim to be safe alongside mankind?