AstroPicture of the Day: Geminids of the South 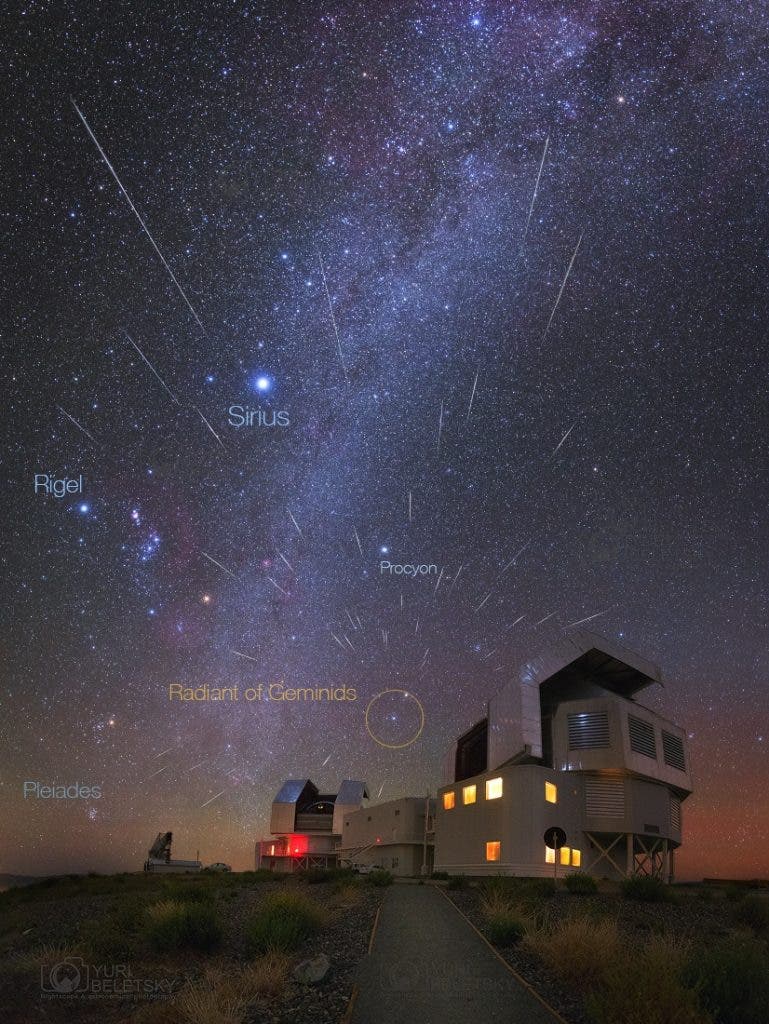 I know, I know, we recently posted another AstroPicture… but I can’t help it if there’s too much space awesomeness! Here, the annual Geminid meteor shower did not disappoint, peaking before dawn on December 14 as the Earth plowed through dust from active asteroid 3200 Phaethon.

This image, captured in the southern hemisphere by (Carnegie Las Campanas Observatory, TWAN) and published on the APOD (Astronomy Picture of the Day) includes many different individual frames recording meteor streaks over 5 hours.

“Near Castor and Pollux the twin stars of Gemini, the meteor shower’s radiant is low, close to the horizon. The radiant effect is due to perspective as the parallel meteor tracks appear to converge in the distance. Gemini’s meteors enter Earth’s atmosphere traveling at about 22 kilometers per second,” APOD reads.

The meteors from this shower are slow moving, can be seen in December and usually peak around December 13–14, with the date of highest intensity being the morning of December 14. The shower is thought to be intensifying every year and recent showers have seen 120–160 meteors per hour under optimal conditions