AstroPicture of the day: When bioluminescence meets the cosmos

by Dragos Mitrica
in AstroPicture
A A 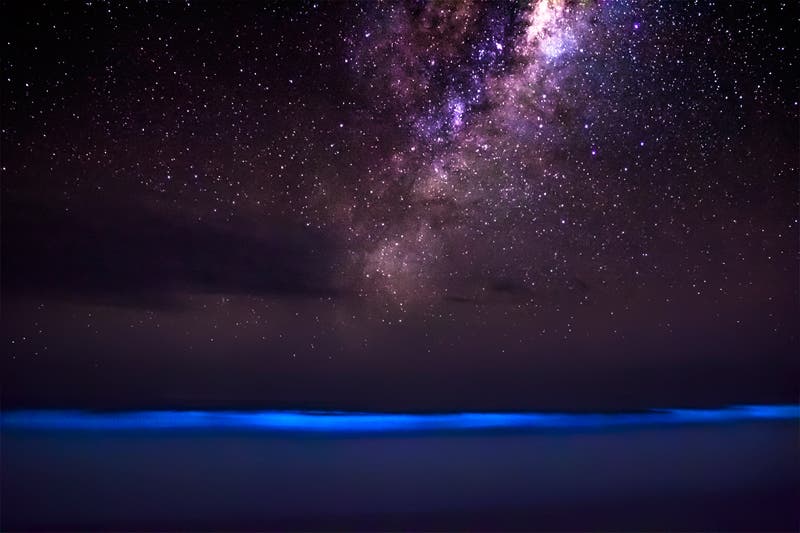 It doesn’t get much better than this: photographer Fefo Bouvier captured this incredible night time image of bioluminescent plankton illuminating the water as the Milky Way Galaxy shines above. NASA thought it was pretty awesome too, as they nominated it as they highlighted it as their Earth Picture of the Day.

‘The photo above shows a stunning contrast of Noctiluca bioluminescence in the Atlantic Ocean at Barra de Valizas, Uruguay, and overhead, the glow of the Milky Way in one of the darkest skies in the world. Bioluminescent dinoflagellates are responsible for the electric blue light. Marine organisms may exhibit bioluminescence (cold light) to either attract prey or to discourage predators. This phenomenon occurs occasionally along the Uruguayan coast, but it’s rarely captured with such brilliance as is displayed here.’, NASA writes.

The photo was taken this year in June, and it was made with an exposure of 15 seconds. If you really like it, Bouvier also sells prints on his website, so be sure to check that out too.