The mystery of bleach solved at last 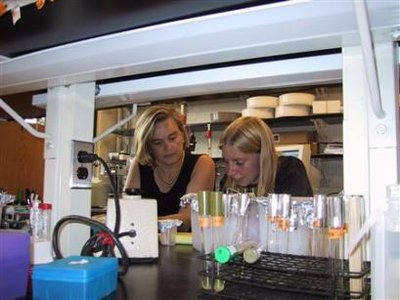 You may find it very hard to believe that for over 200 years, scientists have known that bleach kills germs without being able to understand how this happens. Just a few days ago U.S. scientists managed to find how bleach does its dirty work.

The active ingredient is hypochlorous acid (HOCl); this acid attacks the proteins in the bacteria, making them to act somewhat similar to a boiled egg. Of course, this discovery happened by accident.

“As so often happens in science, we did not set out to address this question,” Ursula Jakob, who led the team, said in a statement.

They were trying to find out how the human body fights off infections by studying a protein called heat shock protein 33, which becomes active when the cells are in a state of distress, from heat by a fever for example. But also, hypochlorous acid (hypochlorite) can be the agent of distress. This was the case here.

When they exposed the bacteria to the bleach, they found that the impact it has on the protein is similar in many ways to the heat agent.

“Many of the proteins that hypochlorite attacks are essential for bacterial growth, so inactivating those proteins likely kills the bacteria,” Marianne Ilbert, a postdoctoral fellow in Jakob’s lab, added.

They then noticed that our organisms also produce hypochlorite in the case of an infection. But it also damages some healthy cells in the process.

“Hypochlorous acid is an important part of host defense,” Jakob said. “It’s not just something we use on our countertops.”