Wobbly Winners: The Link Between Motion Sickness and Mobile Gaming

by Contributing Author
in Health & Medicine, Mind & Brain
Reading Time: 4 mins read
A A
Share on FacebookShare on TwitterSubmit to Reddit 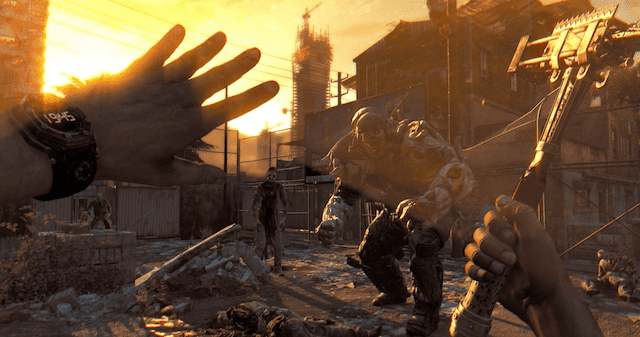 It’s common sense why some ailments correlate with gaming. Repetitive motion and long periods of holding a controller or mobile device lend themselves to carpal tunnel syndrome, while excessive sitting can lead to everything from stiff muscles to heart strain. But now some games for mobile platforms are turning up a new medical concern for hardcore gamers — motion sickness. With more powerful graphics processing and more immersive game play, mobile game designers have started running into the motion sickness problem in their elaborate virtual worlds. Thankfully, they’re also researching ways to limit or eliminate the problem.

What is Motion Sickness?

Motion sickness is a feeling of nausea resulting from different sensory organs getting conflicting information about the state of the body. Classic occurrences of motion sickness are seasickness, car sickness, and nausea following a fast-moving amusement park ride. In all these cases, sensory organs like the eyes and inner ear see or feel motion, but the body itself isn’t the source of the motion. This means that the brain receives two different signals from different sources that usually work together: one source says the body’s moving, the other says it’s standing still. The natural response to this conflicting info is nausea.

How Do Games Cause Motion Sickness?

Like with car sickness, game-related nausea also known as “simulation sickness,” is the result of the eyes receiving motion stimuli that the inner ear doesn’t feel. This is most common in games that put players in a first-person perspective and that include a lot of sharp, sudden movement. An early example of simulation sickness came from the game Mirror’s Edge, a first-person parkour simulator that included a lot of “realistic” body movement, including the camera bobbing up and down like the player character’s head, wobbling and rolling with the character’s body, and motion blur when the character was moving quick.

It’s hard to say if mobile games are more likely to cause simulation sickness, but there are some factors of mobile devices that contribute to the seemingly greater prevalence of the condition. Simulation sickness is more common in players whose eyes are closer to their screens, likely because this means the motion on the screen takes up more of their field of vision. Because mobile devices have smaller screens than personal computers or console-connected televisions, mobile gamers tend to keep their screens closer to their eyes so they can see more details.

Studies have also shown than mobile gamers who use stands for their devices are more likely to experience simulation sickness than players who hold their devices, likely because stands reduce the amount of actual body motion required to play the game.

What are Developers Doing About Simulation Sickness?

With console-level games on the horizon for mobile devices, more gamers are going to migrate to mobile. There are many ways that game developers and mobile device designers can reduce the likelihood of inducing simulation sickness during mobile gaming. For instance, sharper, less natural motion like 90-degree turns and excessive bobbing are greater contributors to motion sickness than smooth motion, so developers can be aware of how their games move.

Device designers can also create mobile screens that are larger and provide higher-definition images that allow users to see more detail without having to hold the device too close to their eyes. Triple-A gamers will have better luck opting for a device with a high-def screen like the HTC One.

Until game designers develop a surefire method to prevent simulation sickness, players who are susceptible to the condition should be aware of how to mitigate their symptoms. Playing for shorter periods, pausing to reorient the eyes to a still surface like a wall or horizon, and opting for gyroscope controls instead of touch controls can all ease the woozy feeling of simulation sickness.

In a way, simulation sickness is an indicator of how far gaming has come. We’ve reached a level where games are realistic enough to trick real sensory organs. Now it’s just a matter of making sure games don’t fool the eye or inner ear too well.