by anon
in Mind & Brain
A A 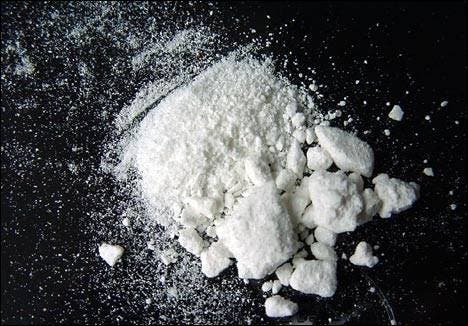 Of all drugs, cocaine creates the greatest psychological dependence, because it stimulates key pleasure centers within the brain and causes extremely heightened euphoria. Drugs like this mess with the brain’s circuitry and hijack the reward system. Cocaine cravings are said to be so strong that just the memory of the feelings associated with use of the drug trigger the desire to use it again, even after long periods of abstinence.

A new rat study has shown that the chemical effect the drug has is less important then the psychological factor in creating the addiction.

“Cocaine use triggers long-lasting cellular memories in the brain, the study found—but only if the user consumes the drug voluntarily.”

A team led by Billy Chen and Antonello Bonci, both at the University of California, San Francisco, trained three groups of rats to press levers that delivered cocaine, food or sugar. The researchers injected cocaine into a fourth group. When they examined the rats’ brain tissue, they found an increase in synaptic strength within the reward center in those rats that had self-administered sugar, food or cocaine. These cellular memories were short-lived in the sugar and food groups, but in rats that had self-administered cocaine they persisted for up to three months after consumption had stopped. Most interestingly, the brains of rats that had consumed cocaine involuntarily did not show such imprints.

So the pharmacological effects of cocaine alone are not enough to create pleasurable memories connected to the use of cocaine. The motivation for taking the drug seems to me a much stronger component to the process of getting hooked.

Dr.Chen working on the project states that the team is working to find ways to remove the long-term cellular memory left by voluntary cocaine use, which eventually could help treat addiction in humans by taking away the desire

This fact throws into question a lot of previous studies with cocaine, where rats or monkeys or others were injected involuntarily.

By the way…if somethings works on mice, why does it necesarily have to work on humans? It doesn’t, but researching on animals always gives some good clues, here’s why.

And it’s not only mice and humans that partake: waterways in Canada have been found to contain relatively high (pun intended) levels of cocaine, morphine, and oxycodone.