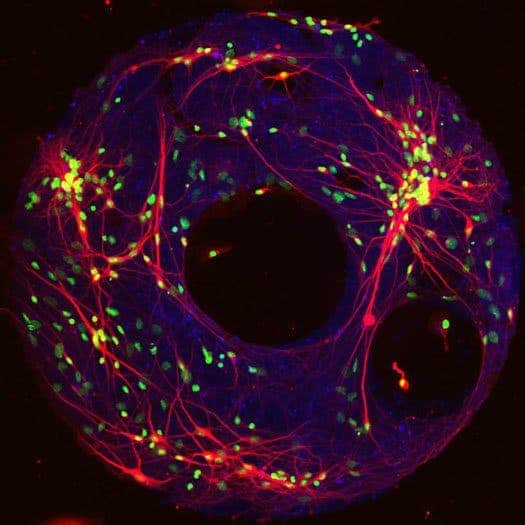 The purple round thing you are looking at is actually a microscopic brain derived from rat neurons, just about 50 of them. Developed by researchers from the University of Pittsburg, it only has a memory of 12 seconds, which is about 11 more than what researchers were hoping for.

The brain was created in an attempt to artificially nurture a working brain into existence, thus providing more information about how neural networks function so efficiently and how our brain transmits electrical impulses are transmitted and data is stored. They did this by attaching a layer of protein to a silicon disk and adding braing cells extracted from embrionic rats.

The study was extremely successful, and as if growing and nurturing the tiny, functioning, donut-shaped brain in a petri dish wasn’t enough, they found that when they stimulate the neurons with electricity, the pulse circulates through the brain for a good 12 seconds, which is much more than they expected.