Mimicry in the wild: what is it and how it works

Mimicry is defined as “the act, practice, or art of mimicking”.

A technique I call ‘advanced mimicry’ is the main indicator of humanity’s cognition to us, or at least to this seventeen-year-old student.

Mimicry is defined as “the act, practice, or art of mimicking”. This definition is almost self-referencing, so I feel the inclusion of the definition of mimicking, “apt at or given to imitating; imitative; simulative,” necessary. The term ‘advanced’ is widely understood, but to avoid confusion and to develop continuity I am including the dictionary.com definition of the particular meaning the word has in this specific context. The definition I’m using here is “ahead, far or further along in progress, complexity, knowledge, skill, etc.”
Combining these terms in “spread-out” definition form accurately describes the technique I wish to discuss here. In it’s most basic sense, ‘advanced mimicry’ describes imitating at a level that is more complex than other forms of imitation.

This description does not do the idea justice. When I say that humanity’s cognition is due to the use of advanced mimicry, I do not mean that humanity is intelligent because it is better at copying than other species. That’s ridiculous. The idea has to do with early psychological development in children, the resultant psychological condition of the adults and linguistics.

To my understanding, the developmental process of cognitive ability works like this:
A child is conceived, already sharing genetic characteristics of both parents. All input from this point onwards contributes to the psyche and physical characteristics of this person, from the variations in all the nutrients, minerals and toxins that the child intakes while growing in the mother, the sounds that penetrate the womb, to the day night cycles of the mother’s specific geographical locations. The development is far more complex than I understand, but in the most basic of descriptions I can confidently state that literally everything about an environment works to shape us in fundamental ways.

Further along the timeline is the development of language. The child is subjected to the language native to the environment since conception. In the first 1-2 months, the child will begin making unintelligible noises, practicing replication of the sounds that it has been hearing throughout its existence. After somewhere between 18 months and 2 years the child will begin to speak almost coherently, attempting to form full words. These attempts are widely regarded as the results of underdeveloped physical ability and mental abilities including emotional understanding, but I personally feel strongly that these sounds are the basis of developing the mimicry of language into what we call cognitive ability. 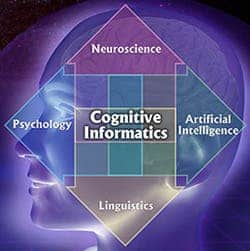 Ideas further contributing to my confidence in this particular idea is the speculation that the native language of a person contributes to their thought processes at a fundamental level. The idea was referenced in George Orwell’s novel 1984, describing the development of the fictional language of ‘Newspeak’ as a ploy to remove specific thoughts from the minds of the populace by removing words that relate to those specific, undesirable thoughts. The artificial languages Lojban and Esperanto are both exercises in understanding exactly how languages affect the development of cognition in people and simultaneously exist as efforts to work against cultural biases associated with language. 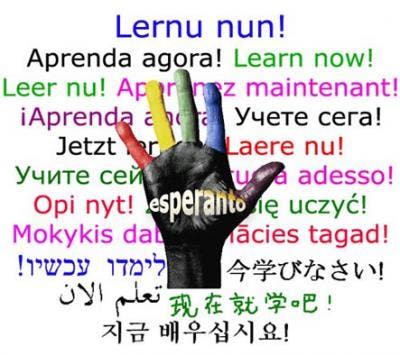 While these artificial languages are largely regarded as uninteresting to the majority of people, the spreading use of these languages implies a certain level of notoriety in the fields of social psychology and linguistics.

Compounding these ideas identifies a phenomenon that accurately describes the developmental process of people. The language that you learn, through essentially trying to reproduce the sounds you hear around you all the time, fundamentally effect the way that you understand the world and create ideas.

This probably relates to the tribal nature of humanity, a throwback characteristic from our history. Evolutionarily, we would have an advantage to understand the world in the same basic way as our close family, protectors, friends, mates and dependants. Additionally, this skill allows people to quickly “adapt” to situations. An example of this kind of adaptation is an organism, such as the polar bear requiring hundreds of generations to develop a fur coat and a human child requiring one or two instances of watching a parent killing a polar bear to take the fur coat to know how to do it. According to V.S. Ramachandran, a neurologist, we have these brain cells called “mirror neurons” that respond to visually registering other people being touched, effectively exhibiting a type of mechanical empathy. This indicates a natural means for humans to mimic the actions of other humans, above and beyond most other animals methods of ancestral memory.

This idea, however original it seems to me, may have been documented already under a different name, or maybe even the same name and have simply forgotten about an article discussing the idea. I have read that most cases of professional plagiarism come from the authors reading some obscure or rare book, pamphlet or perhaps even decrepit flyers, and the ideas presented in those forsaken pieces of literature lose the association with the author and even the article itself and the author will feel that the idea is a personal creation.

Ironically, or to be more accurate, idiosyncratically, I have forgotten the name of the title and author of the source for that particular idea. However, this creates an excellent illustrative example for the idea I’m discussing: My idea is similar, but not identical, and I have forgotten exactly what it is similar to. Moreover, I have broadened the phenomenon from simple mimicry regardless of source to include a statement that the skill is responsible for the entire of humanity’s creation of what we call original thought. 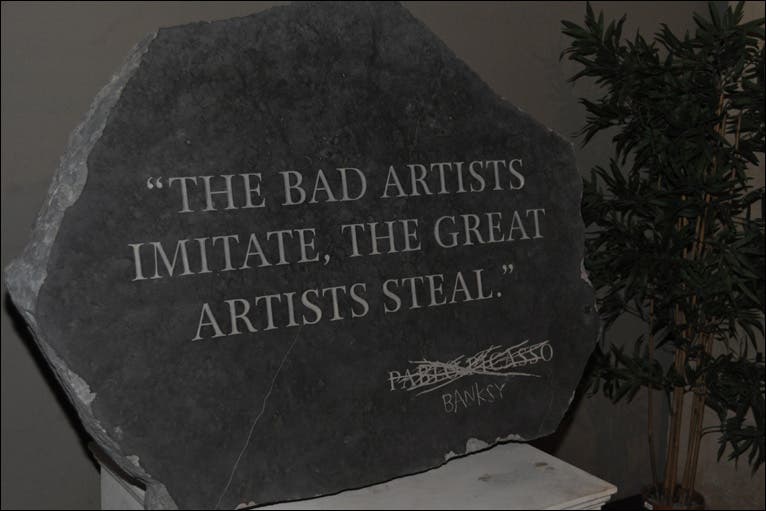 As artist Pablo Picasso once said, “Good artists copy, Great artists steal.” Or maybe it was graffiti artist Banksy. Regardless of the source, the quote remains essential to my argument: humans are not capable of creation. Instead, we excel at mimicry.