by Bala Murali Krishna Yelchuri
in Health & Medicine, Other

HYDERABAD(South India): The precious lives of millions of people suffering from  AIDs, Tuberculosis and Malaria, that take a heavy toll of life every year across the world, are at stake with the Geneva-based “Global Fund(GF)” financing several countries to fight these diseases, announcing stoppage of funds till 2014. 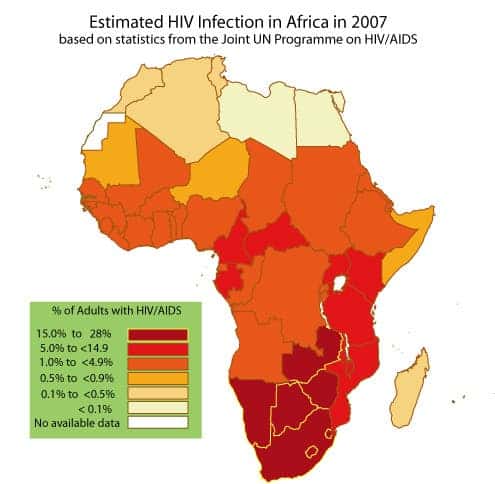 Bogged down by allegations of  swindling and mismanagement of funds,  and the  crunch, triggered by the worst debt crisis in donor countries of Europe and the USA forced the GF to take this extreme step, ringing alarm bells in the beneficiary nations including India.

The Global Fund to Fight AIDS, Tuberculosis and Malaria is an international financing institution that invests the world’s money to save lives. To date, it has committed US$ 22.4 billion in 150 countries to support large-scale prevention, treatment and care programs against the three diseases.

It was only a few days ago in Ghana that the Board of the Global Fund had adopted a 5-year plan to contribute substantially to international goals by saving 10 million lives and preventing 140-180 million new infections from AIDS, tuberculosis and malaria from during 2012-16.

Since its creation in 2002, the Global Fund has become the main financier of programs to fight AIDS, TB and malaria, with approved funding of US$ 22.4 billion for more than 600 programs in 150 countries. The Global Fund works in close collaboration with other bilateral and multilateral organizations to supplement existing efforts in dealing with the three diseases.

Lamenting the development, Mr.Manoj Pardeshi, National Coordinator, International Treatment Preparedness Coalition-India (ITPC-India) said the development had left a ‘ tremendous setback to the agenda of expanding AIDS treatment access for all those in need’.

”The Global Fund is one of the most significant institutions in a fight against an epidemic that claims three million lives a year, and in its ten years has played a critical role in strengthening health programmes in many countries. It has supported 3.2 million out of the 6.6 million people currently on antiretroviral (ARV) treatment for HIV,” he said.

These 3.2 million lives are now in jeopardy as funds dry up and existing treatment programs may have to shut their doors. People who would have been spared from death will now instead fall ill and die.

Ironically, such decisions are being made at a time when scientific evidence demonstrates that ARV treatment can both saves lives and prevent new infections. Rather than implementing ambitious plans to scale up the provision of treatment as outlined by U.S. Secretary of State Hilary Clinton in her address earlier this month, countries and communities will now need to discuss how best to manage a treatment scale-down, Mr.Manoj said.

The shortfall in funding for the Global Fund is $10 billion, an insignificant amount in comparison to the bank bailouts made by the US and European governments or even the bonuses set aside for Goldman Sachs executives this year.

Instead the Global Fund has put in place an emergency “transition mechanism” to safeguard only those countries that have current Global Fund grants and who will face program disruption between 1 January 2012 and 31 March 2014.

The restricted funding can only be used for essential prevention, treatment, and/or care services. However, such decisions will be devastating for organizations working in communities around the world.

Trends indicate that funding for HIV had already begun to fall flat by the end of the last decade. Last year the Global Fund failed to raise the minimum $13 billion that was needed to maintain its current programmes.

And of the overall $20 billion target, it raised roughly one-half, with $11.5 billion secured in pledges. To make matters worse, this year the Global Fund has been struggling with addressing the misuse of funds by recipients in a number of countries.

The lack of political and financial commitment to the AIDS response is deeply worrisome, and the millions of people living with and fighting against these deadly diseases will pay an enormous price.

Rather than building on the new evidence that AIDS treatment saves lives and prevents new infections and scaling up treatment programs to try to end this epidemic, donor governments are now implicitly supporting a policy of triage, determining who lives and who dies.

”Failure to invest in the fight against AIDS now simply means a return to the days of daily funerals and overflowing hospital wards. The virus doesn’t wait on the whims of donors,” he regretted.

The decision by donors will entrench the epidemic once again around the world, drastically increasing the costs of containing it when the world’s leaders once again wake up to the crisis around them.

The AIDS epidemic is far from over, but with a sustained commitment to comprehensive treatment, prevention and care services, it is still possible in our lifetime to create an AIDS-Free Generation.//EOM//