Switching genes off and on 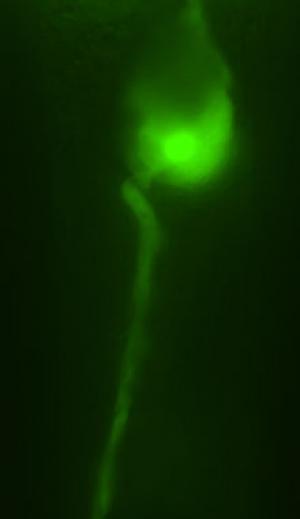 Working with genes is something very delicate and dangerous at the same time. If scientists were able to, say, turn a gene off when it is not needed or harmful and then turn it on at a certain point then that would be a huge breakthrough, with a list of benefits that could go on for miles.

It seems that fire, which gave the ancient man a great boost, can also be the answer now, after all these milleniums; well not exactly fire, but heat. By exploiting the heat shock response, an ancient mechanism that protects cells from dangerously high temperatures, researchers have developed a new method to introduce foreign genes, called transgenes, into an organism and control when and where these transgenes are expressed. Other techniques had been previously tested, but the results were not overwhelming. The researchers at Rockefeller University have suggested this method.

The thing is that during the heat shock a protein called heat shock factor-1 travels from a cell’s cytoplasm to the nucleus, where it binds to a specific sequence of DNA. This interaction then leads to the transcription of heat shock protein, a shield that deflects excess heat from cells and protects them from damage. However, while scientists could know when this transgene was expressed, they couldn’t limit its expression in specific cell types and study a particular protein’s effect on them. To do so, they would have to target a single cell with a laser beam until the heat shock response kicked in for the transgene to be expressed. In Caenorhabditis elegans, that’s 34 degrees Celsius.

“If you’re good, each animal would take a couple of minutes,” says Shai Shaham, head of the Laboratory of Developmental Genetics. “And you would need to repeat this many times if you wanted to study a cell’s function and that cell’s role in behavior.”
“So, instead of using a laser beam to ablate cells,” says Bacaj, “you could create a responder with a gene that encoded a toxin, one that killed the cells whose function you want to specifically study. Since the heat shock response only occurs in those cells, all you have to do after you create these transgenic animals is turn up the heat to 34 degrees.”