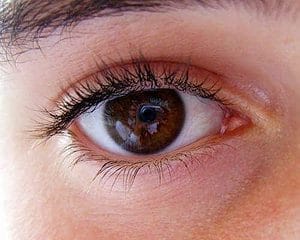 The origins of vision is a widely debated subject, since genetic relationships between early animals capable of sight are inconsistent. A team of researchers has conducted an extensive computer analysis that tests every proposed hypothesis on the origin of vision to date, and found a common ancestor dating from 700 million years ago. Their findings suggest vision evolved much earlier than previously thought.

Opsin is photosensitive protein which holds the key to developing optical vision. These vital components trap light in the eyes’ pigments, however when they first evolved has been always a puzzling question for scientists.

Dr Davide Pisani of Bristol’s Schools of Biological Sciences and Earth Sciences and colleagues at NUI Maynooth performed a computational analysis of all available genomic information from all relevant animal lineages, including a newly sequenced group of sponges (Oscarella carmela) and the Cnidarians, a group of animals thought to have possessed the world’s earliest eyes.

With this data at hand, the researchers were able to construct an evolutionary timeline of opsin, which eventually lead them to the point of origin – a common ancestors  to all groups appearing some 700 million years ago. The first opsin originated from the duplication of the common ancestor of the melatonin and opsin genes in a eumetazoan (Placozoa plus Neuralia) ancestor, and an inference of its amino acid sequence suggests that this protein might not have been light-sensitive.

Despite being consider blind, the opsin protein underwent key genetic changes over the span of 11 million years that conveyed the ability to detect light.

“The great relevance of our study is that we traced the earliest origin of vision and we found that it originated only once in animals,” says Dr Davide Pisani.

“This is an astonishing discovery, because it implies that our study uncovered, in consequence, how and when vision evolved in humans.”

Findings were published in the journal PNAS.  Below you can find a very interesting infographic published by Voltier Creative which explains how eyes evolved.