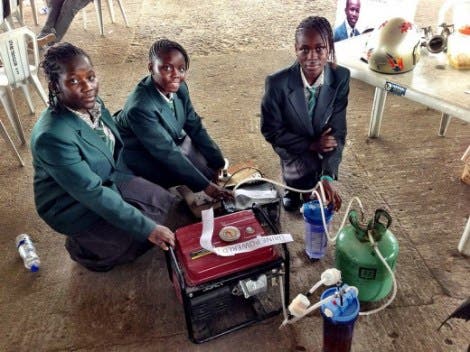 14-year-olds Duro-Aina Adebola, Akindele Abiola, Faleke Oluwatoyin, and 15-year-old Bello Eniola have created a urine power generator, which can “turn one liter of urine into six hours of electricity”. I’m not really sure what “six hours of electricity means”, and I couldn’t find any additional details, but I guess it’s a little more than keeping a light bulb turned on.

Here’s how it works:

The idea of urine as an energy source is not a novel concept. Researchers analyzed the possibility of turning it into fuel and obtaining energy before, but the fact that these girls managed to create this device while in their teens really holds a lot of promise.