by Mihai Andrei
in Climate, Environmental Issues
A A 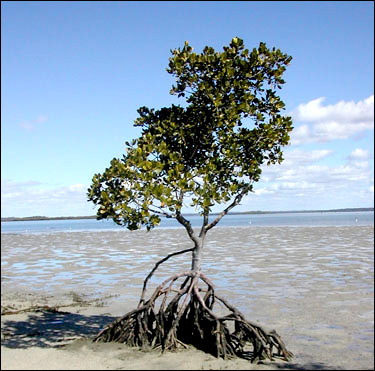 How many times have you heard about a good idea applied wrongly which backfired and caused more harm than good?? This is exactly the case with one of the world’s most intensive efforts to restore coastal mangrove forests. It is failing as we speak because people planted them in the wrong places. Also, this restoration could harm other coastal habitats in the Philippines.What happened?? Over the past century, about 3 quarters of the mangroves in the Philippines were destroyed, and the others were seriously threatened. The trees which grow in brackish coastal waters on leggy roots are vital for the local ecosystems, as they supply key habitats for fish and shellfish. Their destruction could cause a massive downfall of the local ecosystem, and actually causing it to crash.

So, of course, a restoration was very important. So conservation groups began fanning out across the archipelago 2 decades ago, planting 44,000 hectares with hundreds of millions of mangrove seedlings. But the bad thing is that a big part of those trees was doomed to a quick death,according to biologists Maricar Samson and Rene Rollon of the University of the Philippines in Quezon City. They claim that the planters didn’t understand the biological needs of the mangroves, and placed them in places they just can’t grow.

So why the initiative has to be applauded and respected for the worthiness behind it, we really should recommend more care in taking such actions that could have an amazing impact. To get them going the right way, the two biologists recommend better guidance on where to place the seedlings