Why Energy Conservation is Important

by Mihai Andrei
in Eco tips, Environmental Issues
Reading Time: 3 mins read
A A
Share on FacebookShare on TwitterSubmit to Reddit

Although Americans hear on a regular basis about how their energy use affects the environment and how the country is facing an energy crisis as energy resources fail to meet up with consumer demand, many simply don’t understand what it means to consume energy. When you plug the toaster in to toast your bagel every morning, you may just assume that it will work. As you wake to your alarm clock and smell the coffee brewing, you don’t give much thought to the energy required to power that coffee maker or how it is obtained. You’re in good company, as every American needs to understand more about sustainable energy solutions and how they can change the world. 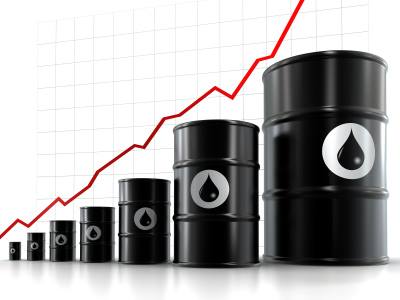 What is Expected in the Future?

New Jersey gas company Plymouth Rock Energy predicts that energy efficiency will double by the year 2030 as Americans become more energy efficient and focus more on using energy sources that are renewable and sustain themselves. If this statistic proves to be true, the country will save over $325 billion on the energy costs for industry, household, transportation and buildings. If the national debt increases at the current pace, that money could go a long way toward securing the future of America’s children.

To put it in perspective, consider the fact that if energy efficiency grows as expected until the year 2030, the money saved could pay off the current debt levels of every single household in the United States. Becoming more energy efficient saves you money and allows you to sleep at night knowing you’ve done your part to preserve the planet for your children and grandchildren.

As Americans become more energy efficient, experts also suggest that the harmful effects on the environment will decrease greatly over the next two decades. If predictions prove to be true, the carbon dioxide emissions levels of the United States would lessen by 4 billion metric tons, proving that each American can do their part to protect the environment.

Where Does Energy Come from?

In the United States, consumers use their energy in the form of petroleum oil, coal, natural gas, renewable and nuclear energy. Although these resources are eventually used to supply electricity to homes and businesses, electricity is not actually a tangible resource and is considered a secondary energy that comes from other raw energy forms.

Who Consumes the Most Energy?

Although the statistics differ for every country, in the United States, energy consumption is largest in electric-powered generators, industry, transportation and commercial and residential buildings. Residential buildings is another term used for homes, and most Americans can find ways to lower their energy consumption within their own homes. This leaves each American with a responsibility toward the planet that can be met by lowering their consumption of energy resources.

How does Energy Consumption Affect the Environment?

As coal is used to provide energy, many harmful toxins are released into the atmosphere. Coal emits heavy metals, nitrogen oxide, carbon dioxide, acid gases and sulfur dioxide into an already unhealthy environment. These emissions can lead to smog, global warming, acid rain and serious health issues for Americans all over the country.

How can You do Your Part?