Campaigns for a better world, chapter I: tree planting

by Mihai Andrei
in Campaigns, Environmental Issues, Other
A A 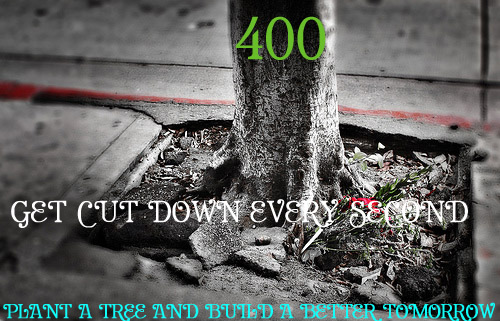 Sometimes ignorance can be bliss and knowledge quite a pain; knowing certain things and being aware of some situations in the world is really saddening. But it’s better to be saddened by these issues and do something (even something really small) to help out is way better than not knowing or not caring. Well we’ve been involved inside and outside the internet and we’ve tried to make a difference, even a tiny one. We tried not to make a big fuss about it. But from now on, we’re gonna let you know about the campaigns we’re doing, about what we’re doing to help other people and make this world we live in slightly better.If you’re interested, we’d be more than happy if you could join us, or encourage some other people to join us, or just say if you think it’s a good or bad idea. Let’s create some awareness, get out of our seats and actually start doing something! As Mahatma Gandhi once said, we must become the change we want to see!I was talking to the guys from environmental graffiti, and they have a lot of great actions planned. This inspired me; creating awareness by writing is crucial, but there has to be something else too. The first thing is an action which involves planting trees. Why? Well, each second 400 trees are being cut down in the world. I’m not sure how many are planted each second, but it’s obvious that nowhere near that number. So you do the math; trees are getting fewer and fewer. Is this the kind of world you want to live in, with no forests? It’s not the world I want to live in. So let me tell what we did.

We (my friends and colleagues and I) live in a city from Romania, called Pitesti. We started spreading the word that we’re going to plant some trees, spread some flyers, do a good thing. I didn’t expect people to want to join us and do this kind of thing, but they did! So then, we started making a plan and organizing things; raising money, finding the places where we can get trees more cheaply and that kind of stuff. But then, I was introduced to Marian “the shark” (his blog is in romanian), which helped me out a lot, and recommended our project to the local authorities, even the mayor! The response we received was just fantastic, and we were promised all the necessary materials for our campaign. Now all we have to do is go there and plant the trees, simple as that! It turned out to be not just interesting, and a good thing, but fun too! So if this interests you in anyway, if you want to live in a planet that has trees, get involved! If you feel the least bit inspired, or if you feel that you can do something, please do! Get out off your seat and start doing something! It will make you feel better, and it will make our planet a better place.