by Mihai Andrei
in Climate, Environment, Videos
Reading Time: 1 min read
A A
Share on FacebookShare on TwitterSubmit to Reddit

A while back, Adam LeWinter and Jeff Orlowski took a camera in a remote area around the Jakobshavn Glacier in Greenland. Things then got a little crazy, as you can see below:

The clip is now part of Chasing Ice, a documentary about the efforts of nature photographer James Balog and his Extreme Ice Survey to publicize the effects of climate change. The documentary is not new, but if you haven’t watched, you definitely should – because often we read about the effects about climate change about ice melting, but it’s hard to actually picture the scale of things without seeing them. Here, we’re talking about a piece of ice the size of Manhattan going down.

James Balog was once a skeptic about climate change, so he set out to do his own investigating, but after is trip, he becomes convinced of the impact that humans have on the planet and becomes committed to bringing the story to the public. The expedition starts of poorly, but then builds up as the team works together to shoot some astounding time-lapse photography.

Today, the movie has a 96% on Rotten Tomatoes. 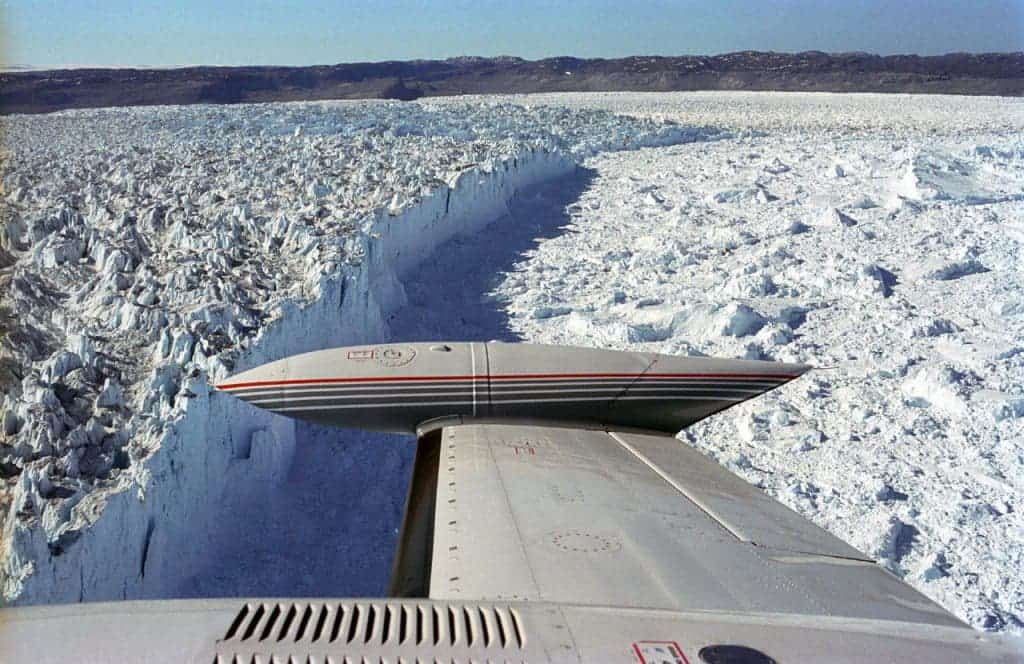