by Mihai Andrei
in Climate, Environment
Reading Time: 1 min read
A A
Share on FacebookShare on TwitterSubmit to Reddit

As global warming is starting to be felt more and more, secondary side effects are being predicted and reported throughout the whole world. Recently, a new report published by researchers from Cornell, Columbia University, and Hunter College painted a dire picture for New York, predicting disproportionate effects of climate change in the following decades, which will lead to a number of problems. 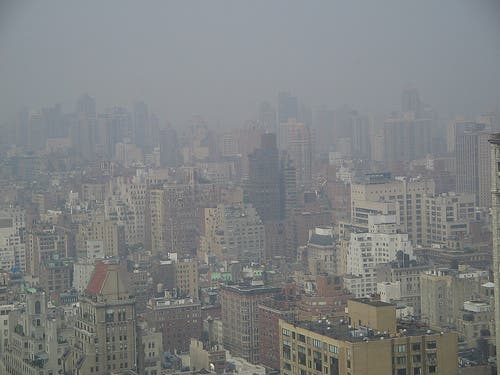 New York, which is a northern state is already warming much faster than the rest of the globe (approximately twice as fast), and these changes will affect every single aspect of New York’s economy and health. Everything from agriculture to ski resorts will suffer from droughts, sea level rise, floods, etc, and once this is done, unchanging it will be borderline impossible.

Furthermore, a number of diseases are likely to show up or increase as well. As the climate gets warmer, it can support numerous pests, such as the mosquito, carrying a large number of diseases, including malaria.