Some penguins commit suicide, walking away from the sea, alone, towards their demise

Penguins are amazing creatures, living in some of the harshest conditions in the world. They have an extremely sociable behavior for birds, they have big egos, busy sex lives, and they also commit suicide. 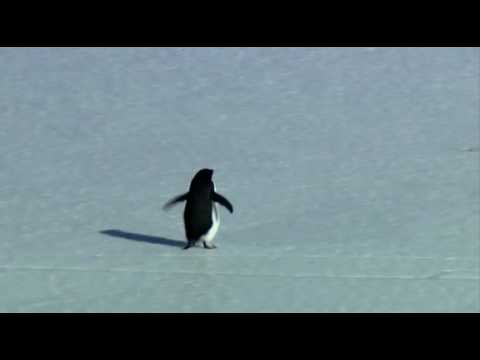 We don’t know why this happens. Sometimes, some penguins just head on to the middle of the icy desert, far away from the nourishing water and their feeding and breeding grounds, where they could only meet their doom. It seems unlikely that they just get disoriented, because if you take a penguin and put it back in one of its familiar places, even inside its colony, it just goes back to the same place again. It’s like the mountains are calling to them.

I couldn’t find any peer reviewed study for this, and for now, this remains just an observed behavior – with no proposed underlying mechanism, with no theory behind it. The penguins seem to experience some sort of depression-like state, and as far as anyone can tell, they are aware of what they are doing: they are committing suicide.

The above clip is from Encounters at the End of the World. an American documentary film by Werner Herzog. The documentary focuses on people and animals in Antarctica, and it’s not your average “fluffy penguins” film. It’s about the cruel and harsh reality. I really recommend watching it – but be prepared for some heavy feels.