Lions roar and act tough, and they’re often regarded as kind of the land, but only 1 in 4 of their hunts is successful. Sharks have been on top of the food chain for hundreds of millions of years, and still half of their attempts fail. Dragonflies on the other hand, look soft and fragile, and are among the few insects which people generally believe look nice – but they are voracious predators, and may very well be the most efficient hunters in the animal kingdom. 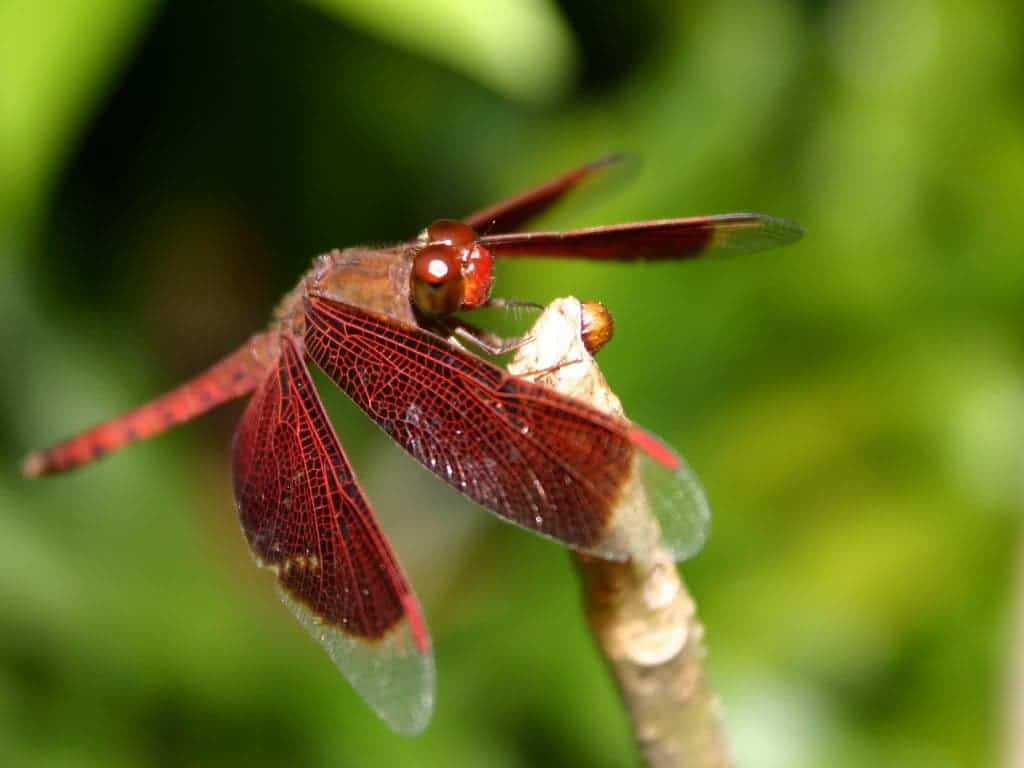 They snatch their prey mid air with shocking precision, often wolfishly consuming the fresh meat on the spur without bothering to alight.

“They’ll tear up the prey and mash it into a glob, munch, munch, munch,” said Michael L. May, an emeritus professor of entomology at Rutgers. “It almost looks like a wad of snuff in the mouth before they swallow it.”

What does a dragonfly do after it eats? Usually, goes to eat some more – their appetite is just bottomless apparently. Stacey Combes, who studies the biomechanics of dragonfly flight at Harvard, once watched a laboratory dragonfly eat 30 flies in a row.

“It would have happily kept eating,” she said, “if there had been more food available.” 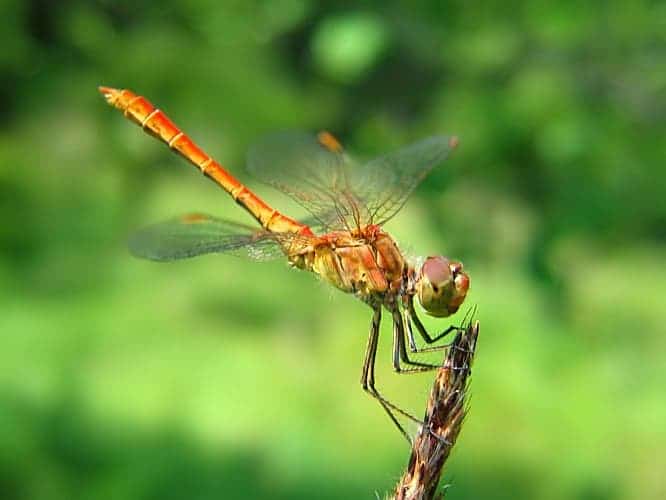 In a series of recent papers, researchers have pinpointed key features of the dragonfly’s brain, eyes and wings that allow it to hunt so much without failing; one team has shown that they have an almost human-like ability for selective attention, being able to focus on a single insect from a swarm, just as a man at a party focuses on his date, ignoring the background buzz.

In other research, researchers have identified a kind of master circuit of 16 neurons that connect the dragonfly’s brain to its flight motor center in the thorax – this neural pathway enabling it to track a moving target, calculate the interception trajectory and subtly adjust its own path as needed in the process. Apprently, they also use old sailor tricks.

As any experienced sea wolf will tell you, if you’re on a boat, and you see another boat moving at an angle relative to you, and as you approach, the angle doesn’t change, the two of you will crash. The dragonfly does the same thing – it moves in closer to its prety, but always seeing it on the same spot on the retina, keeping the angle constant.

“The image of the prey is getting bigger, but if it’s always on the same spot of the retina, the dragonfly will intercept its target,” said Paloma T. Gonzalez-Bellido, an author of the new report who now works at the Marine Biological Laboratory in Woods Hole, Mass.

Entomologists have shown that this isn’t an active type of hunt, but rather an ambush.

“Before I got into this work, I’d assumed it was an active chase, like a lion going after an impala,” Dr. Combes said. “But it’s more like ambush predation. The dragonfly comes from behind and below, and the prey doesn’t know what’s coming.”

The fact that they’re perfectly adapted for flying and hovering also helps them. They’re able to reach speeds of 50 km/h with only three wing beats, dive, fly backward and upside down, and pivot 360 degrees.

“A dragonfly can be missing an entire wing and still capture prey,” Dr. Combes said.