Though at a first glance it may look like a fox, it doesn’t take much to see that it isn’t. This cutesy animal is a dhole (Cuon alpinus) – also called the Asiatic wild dog or Indian wild dog. 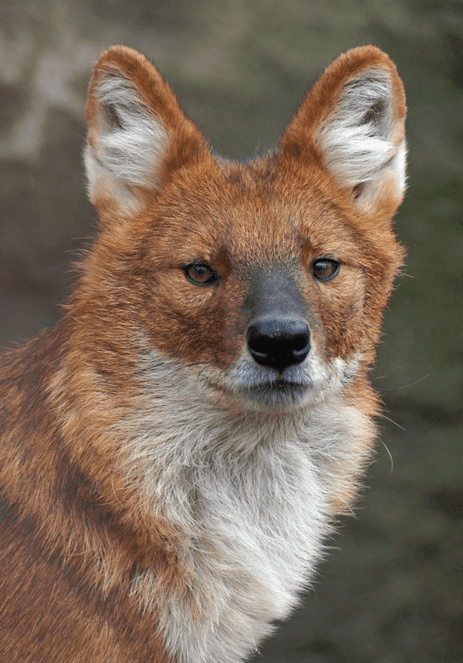 Interestingly enough, this animal is not a dog – it is the last existing member of the genus Cuon, related to but distinct from the genus Canis – the genus which includes dogs, wolves, coyotes, and others.

Dholes are highly sociable animals, living in large clans. They’re nasty hunters, usually splitting up in smaller packs to hunt, killing their prey by disemboweling it. However, unlike most canids, they let their pups eat first. They almost always avoid humans, but they’re not afraid to take on dangerous animals, like wild boards, water buffalos, or even tigers.

Unfortunately, they, just like many other species out there, are threatened with extinction due to habitat loss, depletion of its prey base and diseases contacted from domestic and feral dogs.